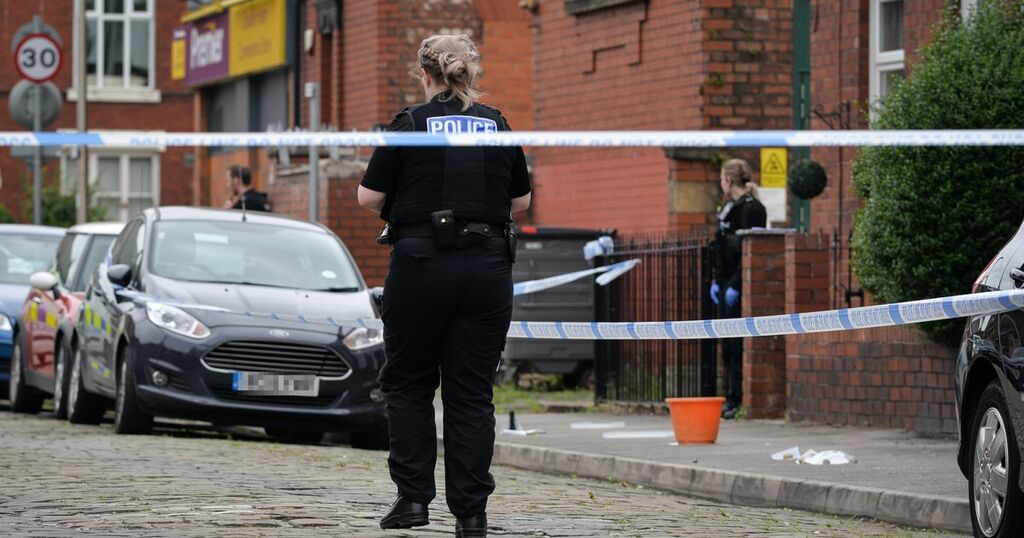 Worried councillors have issued a plea to Andy Burnham after a summer which has seen their area blighted by crime and anti-social behaviour.

Representatives of Edgeley and Cheadle Heath, in Stockport, have written an open letter outlining their concerns over the 'current level of crime and disorder' and ‘ever growing frustration with poor communication from Greater Manchester Police’ (GMP).

Recent months have seen a 40-year-old man stabbed in a quiet Cheadle Heath street and a teenage boy ‘viciously attacked’ by a group of youths in the same area.

Meanwhile, the driver of a stolen car went on a ‘terrifying rampage’ in Edgeley, damaging several vehicles and leaving residents in ‘shock’.

Councillors Matt Wynne, Sheila Bailey and Philip Harding say it is high time people were reassured that their security is being taken seriously, after previous appeals seemingly fell on deaf ears.

Their letter to the Greater Manchester Mayor reads: “Over the summer, residents have become increasingly concerned with the number of criminal incidents (some involving violence) and the high level of anti-social behaviour.

“We are seeing a spike of burglaries, car related and otherwise - as well as the ongoing issue of off-road bikes which are blighting our residential roads and green spaces and affecting the fabric of our neighbourhoods.”

The ward councillors add that they have been in ‘constant communication’ with local police officers - and more recently the neighbourhood chief inspector - while also having written to the chief constable.

“We asked for assurances for local residents that all crimes were being investigated, that extra, targeted policing involving specialist resources would take place and that residents would be kept informed,” the letter says.

“To date no such assurances have been given or communicated after countless attempts at trying, which is why we are writing this letter.”

The Labour trio believe the crime and anti-social behaviour levels in the area are higher than those reported, because many people just give up trying to report incidents.

They tell Mr Burnham that residents have been putting up with ‘six minute-plus’ waiting times on 999 calls, while the 101 number is ‘not fit for purpose’ and not all residents can use the online reporting facility.

The letter continues: “It is not our role as councillors to tell the police how to do their job. But it is our job to represent local residents and pass on their concerns and expect that they will be given the assurances they ask for and a proportionate response to the issues that concern them most.

“We have seen the press releases from the GMCA and the Chief Constable of GMP about a new dawn for policing and the approach to law and order.

“Whilst this is good news it will only be relevant if it translates into more targeted and proactive policing, much better communication with residents and an understanding that people need reassurances that the police are taking their concerns very seriously.”

The councillors say they accept cuts made over the past decade have resulted in ‘the streets of Stockport and Greater Manchester being less safe’.

But they also note that ‘at the end of the day, residents are asked year on year to pay an increased police precept’.

“So far, we would suggest that this has not provided either the extra policing or the sense of security needed in Edgeley and Cheadle Heath,” they add.

Mr Burnham has since welcomed new chief constable Stephen Watson's 'forward plan for Greater Manchester', setting out a new direction for policing in the city region.

He and deputy Baroness Bev Hughes say they 'feel sure feel sure the chief
constable’s public promises will be strongly welcomed by our residents and hope you will agree that the plan addresses the issues of concern raised earlier this year during our consultation sessions with councillors and MPs'.

But they add that, as welcome as these committments are, it is important that mechanisms are in place to 'hold him and his senior team to account for the delivery of them'.

To 'strengthen scrutiny and accountability' and take GMP into 'a new era of greater openness' he and Baronness Hughes will commit to:

Mr Burnham added: "Taken together with the chief constable’s plan, we believe these commitments will help embed a new more open and accountable culture within our police force and make sure our
residents get the service they deserve."

A Greater Manchester Police (GMP) spokesperson said: “Last week, Chief Constable Stephen Watson set out a clear plan to improve GMP, and unveiled a series of promises to the public.

“Improvements already made include an increase in the number and speed of crimes recorded and investigated, reduced call times, a promise officers will pursue offenders relentlessly and an initiative which will see officers attend every case of burglary in Greater Manchester.

“CC Watson has also made considerable changes to leadership across GMP, part of which will include a dedicated Chief Superintendent in every district of Greater Manchester, the most ambitious senior recruitment process in GMP's history.

"The aim of this is to better understand and address the challenges facing our local communities across all areas of Greater Manchester.

“As part of the public promises set out by CC Watson, a focus on neighbourhood policing will see monthly targeting of problems raised by our local communities, and a proportion of dedicated neighbourhood policing team resources will be allocated to address key issues identified, which will be reviewed regularly.

“We have made contact with the councillors concerned to offer them some reassurance of the work already taking place in the area which will only be strengthened by the commitments set out by the chief constable.

“We look forward to working closely with them, and other key partners across the district to help ensure we are responding to the areas of most concern, and providing the best possible service we can.”

The first Police Public Accountability Sessions' will be held on November 26.

The event will be live-streamed and will follow the meeting of the combined authority.

Mr Burnham's Mayoral Question Time will resume on the September 21 where questions can also be raised on police and crime issues.