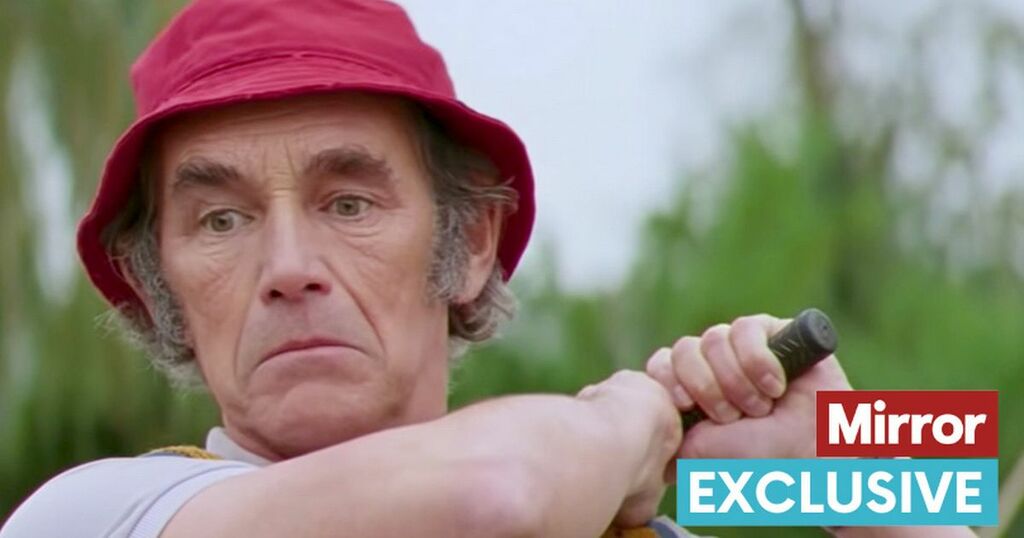 A hush fell over the crowd at the prestigious course as an unheard of golfer, by the name of Maurice Flitcroft, stepped up confidently to the tee.

Many were intrigued by his unconventional apparel – beige slacks, tattered plastic golf shoes and a floppy blue fisherman’s hat – as well as how he crawled around the grass on all fours to find the optimal spot for his tee.

Was the mystery sportsman, about to take his first shot in his quest to win the 1976 British Open, a pro back from a long spell in Europe? Or an as-yet-unknown American competing for the first time in golf’s grandest tournament?

But it wasn’t long before their ­expectations were shattered.

After a dramatic swing he sent the ball just 40 yards from the first tee at Merseyside’s Formby Golf Club. He shanked his second shot into the rough and his third into a fairway bunker.

What do you make of Maurice's story? Have your say in the comment section

Shocked competitor Jim Howard recalls: “The club came up vertical, and came down vertical. It was though he was trying to murder someone.”

In fact, Maurice ­Flitcroft, a 46-year-old chain-smoking shipyard worker from Barrow-in-Furness, Cumbria, had never played a full round of golf in his life.

He had also never even watched the game before coming across it as he flicked through the channels on his new colour TV.

Convinced he could win the Open, he sent off for a cheap set of mail-order golf clubs, took out instruction books from his library and practised on his local beach – before getting a place in a two-day Open qualifying tournament by telling organisers he was professional.

Maurice did make history – by setting the worst score in the tournament’s history, shooting 121 for the 18 holes – 49 over the 72 par for the course.

But Maurice was undeterred by his terrible round – or the kids who threw stones at him as he practised on the beach – and he entered the Open and other golf again and again.

Open organisers tried to ban the no-hoper from every course in the UK.But Maurice, who became known as the world’s worst golfer, simply used disguises and pseudonyms such as Gerald Hoppy, James Beau Jolly, Arnold Palmtree, Count Manfred von Hofmannstal and Gene Pacecki. The games would often end with him being recognised by officials and chased off the course.

Maurice, who died in 2007, would later write in his unpublished memoirs of his first tournament: “Little did I dream that such a simple act of taking up a game would have a profound effect on my life.

“I would become famous, headline news, hailed as a hero on one hand, held up to ­ridicule in another.”

He is now the subject of The Phantom of the Open, a comedy film starring Sir Mark Rylance, Sally Hawkins and Rhys Ifans, which premiered this week at the London Film Festival. According to his son James, though, his dad was never in it for laughs and took his quest for golfing glory “extremely seriously.”

He says: “He walked, ate and slept golf. He absolutely believed he was good enough and would win the Open one day. He wasn’t particularly happy about the nickname they gave him. He’d say to us: ‘I’m not the world’s worst golfer’.

“He was determined and would practise every morning and every afternoon rain or shine, with his dog Beau by his side. He’d often arrive back soaked after going out golfing in a storm.”

Maurice worked at Vickers Shipyard as well as a shoe polish salesman, an ice cream van man and even a comedy stunt diver. But it was watching the 1974 Piccadilly World Match Play Championships on TV that changed his life.

James says: “When we could afford it, we got a colour telly and he loved it. I think golf was one of the first things he saw on there, and that was it.”

He ordered a set of Wilson Avengers clubs, because he liked the name, and Ben Sayers golf balls, because he’d heard of him. Unable to afford membership fees of his local golf courses, Maurice would practise every day on Sandy Gap beach, a long albeit blustery stretch of expanse of sand.

He recalled: “I remember my first shot travelling a long way, but that might have had something to do with the gale-force wind that was blowing up a sandstorm around me.” Friend Trevor Kirkwood says: “He cut a strange figure, did Maurice. He would wear a waterproof top and wellies, and stand there for hours in rain and snow and God knows what else, whacking golf balls. I think a lot of people thought he was a madman.”

Get all the latest film news straight to your inbox. Sign up to one of the Mirror's newsletters

Maurice didn’t have a low enough handicap – or indeed any handicap – to enter the Open as an amateur, so wrote on his application he was a professional. It wasn’t a lie, he later wrote. “After considerable soul searching I had in all honesty to admit that I was a professional - since it’s the money I’m after.”

Confident his hours of practise would pay off, and having paid a teenage caddy £2 to lug round his two golf clubs, he was as shocked as anyone else by his disastrous first day at the Open qualifier.

His performance was so hilariously bad that onlookers even rumoured that Maurice was actually comic Marty Feldman playing a prank.

But in 1988 a golf club in Grand Rapids, Michigan, named a tournament after him. Organiser Buddy Whitten says: “It started as a lark, but most people can’t break 90 so they relate more to Maurice than to a touring pro.”

Maurice and wife Jean were flown over as guests. He said it was they had been out together “since their gas oven exploded”.

For years Maurice received post from around the world addressed to: Maurice Flitcroft, Golfer, England. And he remained sure he would become one of golf’s greats.