World leaders have congratulated Anthony Albanese on his election victory in Australia, while former heads of government in the Pacific have urged him to “make a radical shift towards strong and urgent climate action”.

One French minister was barely able to conceal his glee at the Coalition’s loss, while Fiji welcomed Labor’s “plan to put climate first”.

The UK prime minister, Boris Johnson, and the Indian prime minister, Narendra Modi, were among the first world leaders to respond to news of the Scott Morrison government’s electoral defeat.

Johnson pointed to the free trade agreement and the Aukus partnership as the basis for an ongoing relationship when he tweeted his congratulations on Sunday night.

The UK tabloid the Sun, said in an editorial Australia had elected “anti-Queen left wing PM Anthony Albanese who tried to remove monarch as head of state”.

“The 59-year-old had previously threatened to crumble the Commonwealth, sharing his desire to get rid of Her Majesty,” it said.

Modi tweeted his congratulations after midnight in Australia and highlighted his wish for the continuation of key security agreements ahead of a meeting of the Quad on Tuesday.

An editorial in the Times of India, citing unnamed diplomatic sources, said it was too early to tell how Albanese’s election might influence the relationship with India, but speculated there might be a “smoothening of Australia’s ties with China”.

“That’s one thing India, and indeed Quad, need to guard against even though Albanese has publicly said there won’t be any change in Australia’s China policy,” it said.

The US president, Joe Biden, who will also meet Albanese at the Quad summit on Tuesday, called to congratulate him, the White House said.

“President Biden reaffirmed the United States’ steadfast commitment to the US-Australia alliance and his intent to work closely with the new government to make it stronger still,” it said in a statement. “President Biden expressed deep appreciation for the prime minister-designate’s own early commitment to the alliance, reflected in his decision to travel almost immediately to Tokyo to attend the Quad summit.”

Australia’s relationship with France soured when the Coalition abandoned a submarine deal between the two countries in favour of a security pact with the US and the UK.

Le Drian added that the former PM’s handling of the deal showed “brutality and cynicism, and I would even be tempted to say … unequivocal incompetence”.

The prime minister of Solomon Islands, Manasseh Sogavare, wrote a letter to Albanese offering his “sincere congratulations” on the victory, after an election campaign in which the Pacific country’s security deal with China became a major point of contention.

Sogavare assured Albanese “that Solomon Islands remains Australia’s steadfast friend and development partner of choice”. In a statement, Sogavare expressed hope for “taking Solomon Islands’ relationship with Australia to another level under Albanese’s tenure as the prime minister of Australia”.

“Of your many promises to support the Pacific, none is more welcome than your plan to put the climate first – our people’s shared future depends on it.” He said his country looked forward to hosting the new Australian leader soon.

Anote Tong, the former president of Kiribati and a leading climate campaigner, said: “It is no secret that I have been disappointed with the attitudes of the previous Australian government towards the Pacific on a number of fronts, including climate change.

“My hope is that we will see stronger and more urgent climate action from the incoming government, including a more ambitious emissions reduction target, ramped-up support for climate-vulnerable communities in the Pacific and most importantly, a commitment to no new coal and gas projects in Australia.”

Tong said that while he welcomed Albanese’s proposal to host a COP summit in conjunction with Pacific island nations “this cannot be used to greenwash Australia’s inadequate climate policies”.

Enele Sopoaga, the former prime minister of Tuvalu, who clashed with Morrison at the last in-person Pacific Islands Forum in 2019, said he welcomed the incoming government.

“Time is running out on climate change not only for Small Island Developing States like us in the Pacific, but also for Australia and the rest of the world. Our security, together with our survival, is at peril,” he said.

“I can only hope that this new Australian government will make a radical shift towards strong and urgent climate action and genuine support for the Pacific. This would include radical new Australian targets for emissions reduction under the Paris Agreement, no new coal or gas, and an ongoing commitment to supporting Pacific Island nations as we face the brunt of climate impacts.”

New Zealand’s prime minister, Jacinda Ardern, congratulated her new Australian counterpart. “I have no doubt we’ll have a strong working relationship that will serve both countries well,” she said on Sunday morning.

“Australia is our most important partner … and I believe our countries will work even more closely together in these tumultuous times.”

She also acknowledged a “strong working relationship” with Morrison, the outgoing leader

New Zealand and Australia, while closely allied, have had some tense moments under Morrison’s leadership – particularly over the Australian “501” policy of deporting residents with New Zealand citizenship on bad character or criminal record grounds, even if they had lived their entire lives in Australia.

In 2020, Ardern lashed out at Morrison at their annual bilateral summit, saying the policy was “testing” the friendship between the two nations, and Australia was deporting “your people and your problems” using “unfair” policies.

The New Zealand government has pushed repeatedly for a reconsideration of the policy, and will probably be hoping for movement under a new government.

Also at the top of New Zealand’s concerns is the wider security of the Indo-Pacific, and the growing influence of China in the region.

New Zealand’s rhetoric on China has typically been gentler than Australia’s, and the country has at times been accused by Australian commentators of being hamstrung by its significant trade reliance on China. 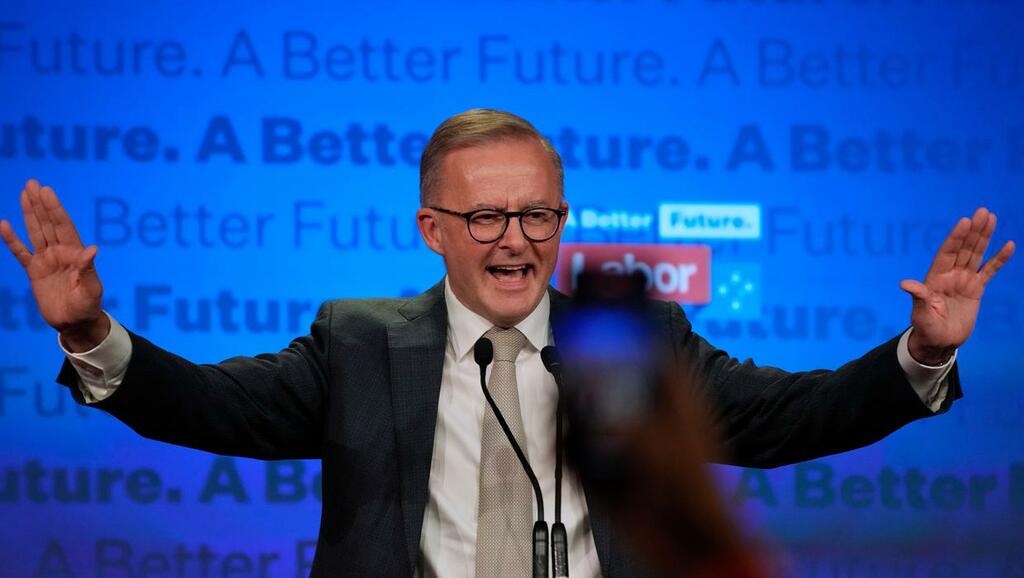 Irish Independent
From analysis to the latest developments in health, read the most diverse news in one place.
Australia election: Anthony Albanese leads Labor Party to victory after nine years in opposition