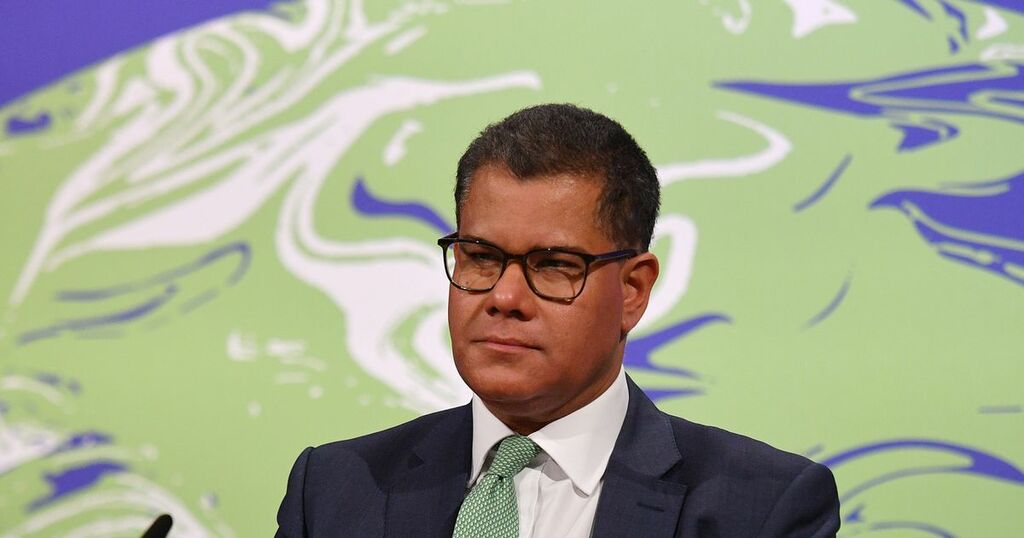 World leaders must deliver on their promises to curb dangerous climate change at the UN Cop26 talks in Glasgow, the conference’s president has warned.

Alok Sharma is calling for leaders to honour the Paris Agreement in 2015, which committed countries to try to limit global temperature rises to 1.5C – beyond which the most dangerous climate impacts will be felt.

In a speech in the French capital, the Cop26 president will say the latest round of UN climate talks in less than three weeks must secure agreement to accelerate climate action this decade to keep the 1.5C goal alive.

The Paris Agreement, signed by countries at UN talks six years ago, commits countries to keeping temperature rises to well below 2C above pre-industrial levels and pursue efforts to limit them to 1.5C.

But current action and pledges leave the world well off track to meeting the goal and avoiding the most dangerous heat waves, floods, damage to natural systems, rising sea levels and spread of diseases that higher temperatures will bring.

Cop26 is the deadline by which countries are expected to bring forward more ambitious plans, under a five-year cycle, to get the world on track to meet the Paris goals and is being seen as the most significant since the talks in the French capital.

For Cop26 to deliver the action needed, countries must have plans to significantly cut the greenhouse gases driving global warming by 2030 and reach net zero emissions by 2050, Mr Sharma will warn in his speech.

Concrete action is needed to deliver the plans, including agreements on reducing coal, boosting electric cars, protecting trees and cutting emissions of methane, a powerful but short-lived greenhouse gas.

And countries must deliver on their promise – made at a UN summit more than a decade ago – to provide 100 billion dollars a year in finance to help developing nations cope with climate change and develop cleanly.

All major economies in the G20 group of nations, which includes China and India and which is meeting in Rome just before Cop26, must put forward new action plans – known as nationally determined contributions (NDCs) – ahead of Cop26, as they have promised to do, he will urge.

There must also be new commitments on finance to support the countries most vulnerable to climate change and progress on helping communities adapt to the crisis, accounting for the loss and damage it can cause.

Mr Sharma is expected to warn leaders: “Cop26 is not a photo op or a talking shop.

“It must be the forum where we put the world on track to deliver on climate.

“And that is down to leaders. It is leaders who made a promise to the world in this great city six years ago. And it is leaders that must honour it.

“Responsibility rests with each and every country. And we must all play our part. Because on climate, the world will succeed or fail as one.”

He will say that efforts have been made to make Cop26 the most inclusive that has been held despite the challenges of holding it during a pandemic, with measures including provision of vaccines, daily testing and social distancing in the venue.

Mr Sharma will warn it is an “extraordinary Cop in extraordinary times” and urge countries to pull together to make it work “because we have no choice but to deliver”.

“Each country must step up. And as Cop26 president I will ensure that every voice is heard,” he will add.

Mr Sharma will be speaking at the Unesco World Heritage Building in Paris on Tuesday, ahead of the Cop26 talks which start on October 31.

His calls echo the demands of the Least Developed Countries bloc, which ahead of Cop26 has demanded countries – in particular G20 nations – enhance their action plans for the next decade so they are in line with pathways that limit warming to 1.5C.

The UK is the only major economy close to doing what is sufficient to meet the 1.5C target, according to recent analysis by the Climate Action Tracker initiative.

But while its target for 2030, a 68% cut in emissions on 1990 levels, is in line with the Paris Agreement, more action is needed to get there and the Government has yet to publish its strategy for meeting the country’s emissions reduction goals.

The net zero plan, detailing how the UK will meet its targets and cut emissions to zero overall by 2050, is expected before Cop26.