Washington (AFP) - World Bank President David Malpass said Friday he had no plans to stand down, as he battles charges of climate denial for dodging questions on the role of man-made emissions in global warming.

Climate activists had previously called for Malpass to be removed for what they say is an inadequate approach to the climate crisis -- and the chorus grew louder after his appearance at a New York Times-organized conference this week.

Pressed on stage to respond to a claim by former US vice president Al Gore that he was a climate denier, Malpass declined multiple times to say whether he believed man-made emissions were warming the planet -- responding, "I'm not a scientist."

Under mounting fire, Malpass has moved to clarify his position and did so again on Friday, as he rebuffed suggestions he might quit over the uproar.

"Not resigning," Malpass said in an interview with Politico, when asked if he had envisaged quitting over the firestorm."Nor have I" considered it, he said, affirming that none of the bank's member countries had asked him to leave.

"Look, it's clear that greenhouse gas emissions from human activity are adding to, are causing climate change," he told Politico."And so the task for us, for the world, is to pull together the projects and the funding that actually has an impact."

In an interview with CNN a day earlier, Malpass had likewise acknowledged that climate-warming emissions were "coming from manmade sources, including fossil fuels, methane, agricultural uses and industrial uses."

"I'm not a denier," he told the network, adding that his message had been "tangled" and he was "not always good at conveying" what he means.

Despite his efforts at damage control, the uproar showed little sign of dying down, with the Union of Concerned Scientists the latest group to call for him to be replaced.

"People living in the Global South deserve to have the World Bank led by a fierce climate advocate, not someone who hasn't spent enough time with the bank's deep bench of scientists and experts to understand the most basic facts about the causes of climate change," the group's president, Johanna Chao Kreilick, said in a statement.

"Mr.Malpass should be replaced immediately," she added.

While Malpass sought to emphasize the bank's action on climate, its critics have grown increasingly loud.

"I am worried right now about the World Bank," the Nobel Prize-winning economist Joseph Stiglitz told AFP earlier this week.

On critical issues including climate change, he said, "unfortunately the World Bank has not taken the kind of global leadership that the world needs right now."

The head of the World Bank is traditionally an American, while the leader of the other big international lender in Washington, the IMF, tends to be European.

Malpass is a veteran of Republican administrations in the United States and was appointed in 2019 while Donald Trump, who famously and repeatedly denied the science behind climate change, was president.

His term ends in 2024 and he can only be removed by a vote of the World Bank's board. 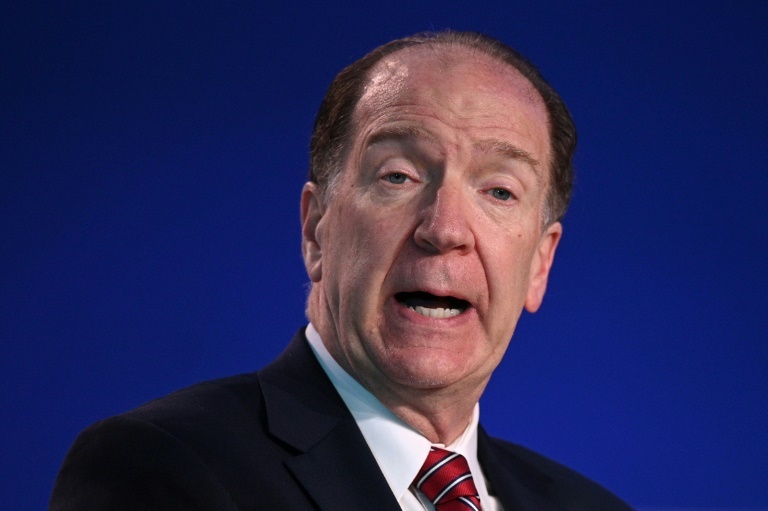 AFP
From analysis to the latest developments in health, read the most diverse news in one place.
World Bank head says he's not a climate denier, won't quit

The White House on Friday said it condemned recent comments on climate change by World Bank President David Malpass, who…

Reuters
Climate activists want Biden to fire the head of the World Bank. Here's why

WEKU
One place to find news on any topic, from hundreds of sites.
Facing calls to resign, World Bank's Malpass changes answer on climate crisis

Under pressure to resign for declining to say whether he accepts the scientific consensus on global warming, World Bank President…