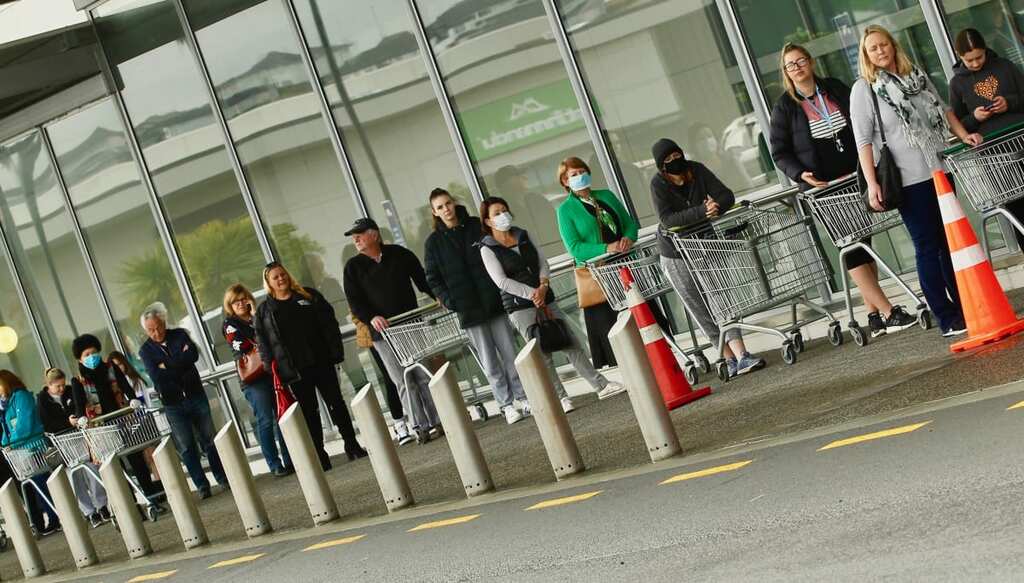 Supermarkets and fast food chains are among the most complained about businesses accused of lockdown breaches, WorkSafe says.

The workplace health and safety regulator has recorded more than 900 complaints during this lockdown and a third of the complaints were reported over the weekend.

WorkSafe national manager planning Marcus Nalter said the main complaints were about mask use, overcrowding and physical distancing. About half were concerns raised by consumers over the essential status of businesses.

He said in Auckland a “high frequency” of complaints accused the two major supermarket chains, Countdown and Foodstuffs, of failing to comply with Alert Level 4 restrictions, while the majority of complaints alleging lockdown breaches at Level 3 were about fast food restaurants and cafes.

The transmissibility of Delta had heightened people's awareness of the rules, Nalter said.

A Countdown spokeswoman said the supermarket chain had “robust” health and safety guidelines across its stores including physical distancing, masks and thorough cleaning procedures. She said the supermarket was also working with WorkSafe and health authorities to ensure they were keeping their workers and customers safe.

Foodstuffs NZ spokeswoman Antoinette Laird said the supermarket always investigated any complaints made by a customer either direct to us, or via government channels and made improvements where it could.

“Keeping our teams and people safe remains a top priority and we are all working extremely hard to ensure adherence to Alert Level protocols.”

Unite Union national secretary Gerard Hehir said random checks he carried out last week at about half a dozen fast food chains around Wellington revealed some compliance issues at Burger King and McDonald’s stores, particularly around ensuring drive through windows were not open at the same time as customer's car windows and contactless payment systems.

He said the union was trying to work through these issues.

Hehir said both fast food chains had responded to concerns and had fixed these issues after they were raised.

A McDonald’s spokesman said its franchisees and staff were following all the Level 3 rules outside Auckland including regular cleaning and traffic management to avoid overcrowding. Burger King's owner Tahua Investments has been approached for comment.

Hehir said all compliance problems must be smoothed out by businesses currently in Auckland because once the biggest city drops levels there will be more people out and about.

“The reality is when Auckland goes to Level 3 there probably won’t be zero cases so it’s crucially important businesses know what is expected of them,” Hehir said.

“Companies also need to get the message through to customers. If you’re waiting at a drive through, keep your windows up. Put your window down once the worker closes their window. That will protect everyone.”

Nalter too was expecting a busy few weeks for WorkSafe's inspectors in preparation of expected changes to alert levels in Auckland.

“The reality is when Auckland goes to level 3 there probably won’t be zero cases so it’s crucially important businesses know what is expected of them." – Gerard Hehir, Unite Union

WorkSafe had taken proactive steps to “educate and engage” by contacting fast food providers to ensure they had processes in place to avoid the overcrowding, he said.

Last year when Auckland moved to Level 3, the Prime Minister addressed complaints from the public about overcrowding at some fast food chains.

As a result, WorkSafe said it would have its inspectors carry out random, surprise checks to ensure compliance.

Nalter said WorkSafe would consider this again if need be.

“If we receive breaches, the paramount importance to us is the safety of our own staff. So wherever we can, we will make first contact with the business and seek assurances as regards the provisions. If a visit is needed, then we will do that on a risk assessment basis."

Nalter said if a business failed to make changes after a complaint was raised by WorkSafe, the next step would be to send a warning, which could then lead to an infringement notice if there was still "severe non compliance". The last step would be prosecution.

He said while WorkSafe had worked with police to hand enforcement notices to companies failing to display Covid tracing QR codes, for instance, it had not escalated any complaints so far in this lockdown.

“We've been able to get compliance through persuasion.”