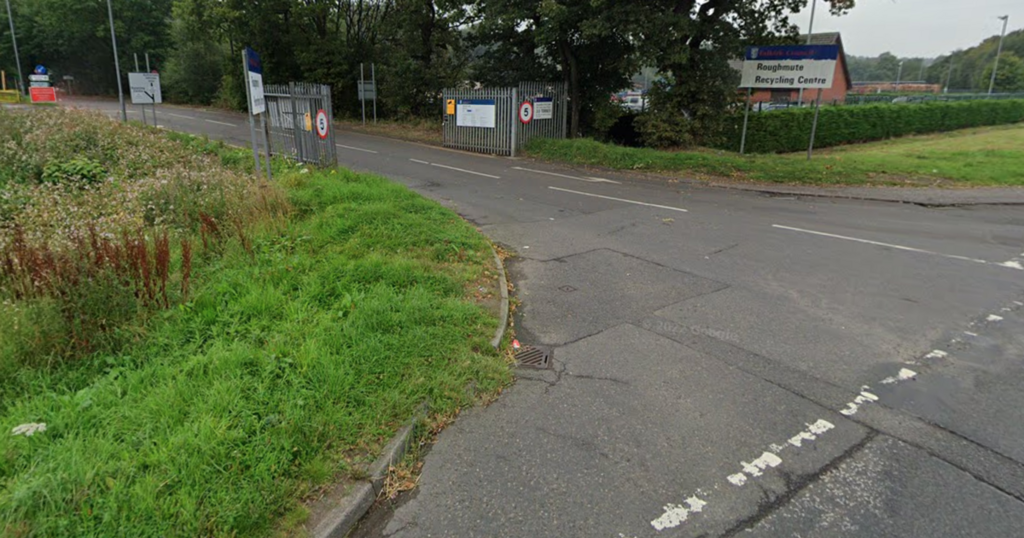 Work to widen the entrance to Falkirk Council’s recycling centre at Roughmute is expected to start next week.

The upgrade to the junction at the busy household waste recycling centre, near Bonnybridge, will start on January 17 and is expected to be completed by January 28.

Temporary traffic lights will be installed to manage traffic during the works.

The improvements will mean the entrance and the exit of the site being widened to allow a right turn lane into the centre.

Traffic leaving the site will still have to turn left – as is currently the case – on to the Checkbar roundabout.

Falkirk Council says that the development is designed to improve traffic management and enhance the safety of road users, site users and staff.

Current opening times of the Recycling Centre will remain throughout the duration of the works.

Members of the public will be advised of the road works and improvements via the Council website and social media.

Work to improve the junction will be widely welcomed.

In busy times – particularly when the first lockdown ended – there were major problems as cars were unable to get in to the site and were unable to queue on the road.

This led to frustration for motorists and some staff were subjected to verbal abuse and even physical assaults.

Provost Billy Buchanan welcomed the work, saying: “I am sure that any improvements at this area will be welcomed by everyone.

“We have had major problems – not just for people using the site but also for staff working there, who have suffered abuse because of problems with the infrastructure.

“I am delighted to see that work is getting done.”