‘Work in progress’: Australia’s new parliament the most diverse yet

Australia’s new parliament looks set to be the most diverse, but there’s still a long way to go, diversity advocates say.

For the first time, both Northern Territory Senate spots will be held by Indigenous women – Labor’s Malarndirri McCarthy was re-elected and would be joined by the Country Liberal’s Jacinta Price.

Other winners with diverse heritage include independent Dai Le, who arrived in Australia as a Vietnamese refugee. She beat Labor’s “parachuted” candidate, Kristina Keneally in Fowler. Vietnamese Australian Tu Le, who wanted to contest Fowler for Labor but was bypassed in favour of Keneally, said Dai Le’s win showed Keneally did not represent the seat’s diversity.

In Western Australia, Malaysian-born Sam Lim ousted Liberal Ben Morton in what was the safe seat of Tangney. Lim, who moved to Australia in 2002, speaks 10 languages and is a former dolphin trainer and police officer.

Zaneta Mascarenhas, who is of Indian heritage, becomes the first woman to represent the WA seat of Swan.

Fatima Payman – the Muslim daughter of an Afghan refugee – is also on track to pick up a Senate spot.

Meanwhile, Singapore-born Liberal MP Ian Goodenough is fighting to hold on to Moore, in WA.

The final makeup of both houses is yet to be confirmed.

Diversity Council of Australia chief executive, Lisa Annese, welcomed the new additions, and said getting a parliament that reflects Australia’s actual makeup was a “work in progress”.

Tharini Rouwette, the founder and chief executive of the Centre of Multicultural Political Engagement, Literacy, and Leadership (Compell), said the election of diverse candidates should be celebrated but that the level of representation was still “pathetic”.

Her analysis shows about 7% of the House will comprise diverse and Indigenous MPs, which is far lower than in the general Australian population.

The Senate is set to have a majority of women, and 14 new women have been elected to the House of Representatives. Three have lost their seats.

However, the wave of teal independents has been criticised as lacking ethnic and cultural diversity.

Rouwette has been critical of the Climate 200 independents, and said their leadership team was predominantly white.

“It almost seems like climate change is a white issue. It’s not,” she said. “People of colour care about it, but their voices haven’t been heard.”

She set up Compell to collect data on diversity in parliaments, because no one is doing that properly.

“And you can’t manage what you can’t measure,” she said. “I started Compell, because as a migrant myself [from Singapore], I’ve been so frustrated that my ability to participate in democracy was limited.

“I wanted to create something that existed outside the realm of any political agenda.”

Rouwette said it was important to celebrate people of diverse backgrounds that have been elected, particularly someone like Dai Le who ran a grassroots campaign.

But it has been a “very frustrating journey,” she said, with people of colour being ignored or excluded from political organisations, even as volunteers.

Annese, who is also on the board of Women for Election, said the “gender diversity element is exciting … but the cultural diversity one is still a work in progress”.

She said part of the problem is that not even the census adequately collects racial diversity information, and elsewhere there are no standard systems for measuring cultural and linguistic diversity, just a “hodgepodge”.

The council has developed a framework for its members, but no equivalent exists across the public sector or parliament. Add to that the fact that politicians might not disclose their heritage.

Annese tells workplaces they have to understand their “baseline” diversity. She said improving that baseline needs work on two levels.

“Your persona and personal biases, and whether you have an affinity with people who are like you,” she said.

“We tend to rate people as having more merit if we get on with them. We overestimate their abilities. And the reverse happens.”

That requires “personal work for individuals”, she said. “The other is around process. How do you recruit and attract people? Who are you going to groom for positions within the hierarchy?”

“How do you identify talent? If you’re not finding diverse talent, why is that?

“The Coalition said for a very long time, we’re selecting on merit, we don’t do quotas. So women took that into their own hands. They created their own space.”

Ultimately, though, Annese is optimistic.

“The fact that these are no longer fringe issues is a pretty new phenomenon. Now they’re mainstream business issues, and mainstream political issues,” she said.

“But I think we have to be vigilant. If you take your foot off the brake, there are always dark forces seeking to wind back … the progress that’s been made. 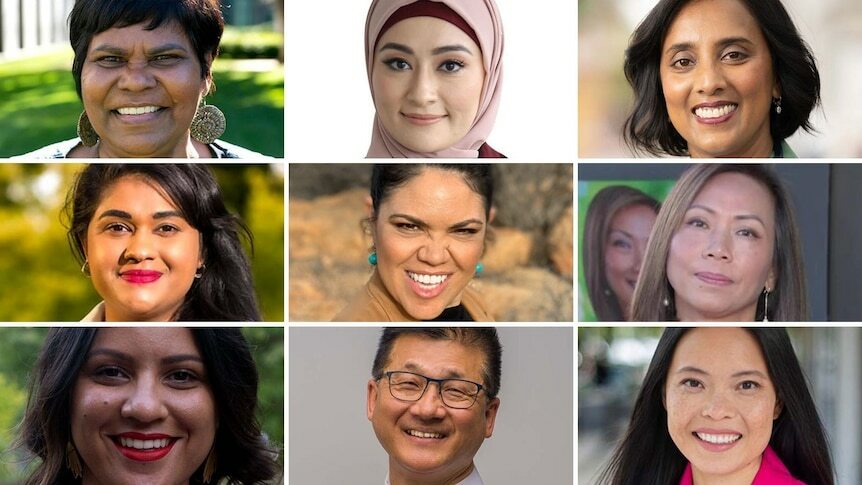 Australia's 47th Parliament features new, more diverse faces, which may mark a turning point in political representation
The 47th Parliament of Australia looks likely to be a new high-water mark for diversity in federal politics. Here are…

Things you love to see: it.