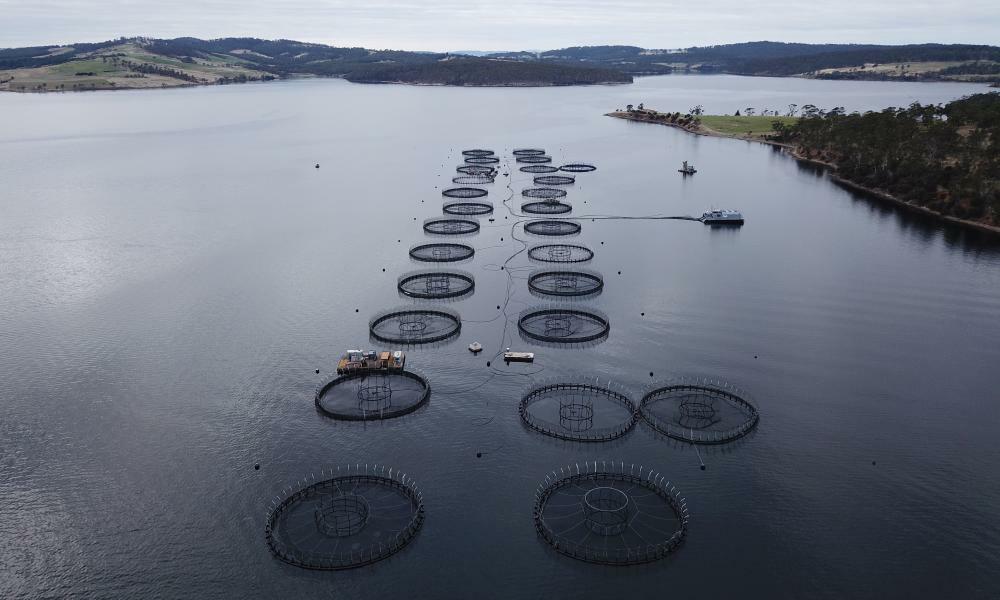 Supermarket giant Woolworths says it is concerned by claims an environmental certification scheme used to assess the Tasmanian salmon it sells may not be “fit for purpose”.

The comments were in response to an independent report commissioned by the World Wide Fund for Nature (WWF) that found an Aquaculture Stewardship Council (ASC) certification system had failed to prevent a mass fish kill in Macquarie Harbour, on the state’s west coast, in 2018 because it was not designed to identify and address potential threats before they occurred.

A Woolworths spokesperson said in a statement the company was “closely reviewing the report” as it relied on external certification systems to make decisions about what products it stocked on its shelves.

“We’re concerned by the claims that existing certifications may not be fit for purpose, taking into account unique environments like Macquarie Harbour, and we’re closely reviewing the report,” the statement said.

However, the retailer said it was “encouraged” that the incident was restricted to one area and that “reform has since been implemented to enhance standards at Macquarie Harbour”.

Salmon producer Tassal lost ASC certification after more than 1.3 million salmon and trout died in Macquarie Harbour in 2018. A WWF review found the scheme had been successfully implemented, but failed to prevent “adverse ecological outcomes”.

The Tasmanian salmon industry is under increasing pressure over its environmental impact following the publication of a book, Toxic, by the acclaimed author Richard Flanagan. An environmental group campaign has called on Woolworths and Coles to review their decision to stock salmon from the state.

Businessman and environmentalist Geoff Cousins said he was disappointed with Woolworths’ response as “it didn’t go anywhere near as far as it should have”.

Cousins said the WWF report made it clear it could apply to any waterway in Tasmania and the issues it raised applied across the industry.

“They might not have known before, but they know now,” he said. “What are they going to do about it?”

Tasmanian Salmonid Growers Association spokesperson Julian Amos said Woolworths “had not accepted” the WWF reports findings but only agreed to review them. He added that considerable changes have been made since the Macquarie Harbour incident.

“The response of the government and industry has been immediate and that situation hasn’t recurred,” Amos said.

On Friday, the Global Aquaculture Alliance – one of three industry certifiers – criticised WWF’s report, accusing the group of “bias” and “preconceived notions about events”.

The alliance said the report includes “major flaws” attributable to a “lack of expert knowledge of the regulatory framework in Tasmania, third-party independent standards and salmon”.

Cousins said any decision by Woolworths and its competitor Coles – which together control 65% of the Australian grocery market – would be significant for the Tasmanian salmon industry. “The retailers will force change simply by applying the standards they say they hold to,” he said.

“Customers, when they find out about the production process, are shocked and horrified,” she said.

A spokesperson for Coles said the company works with farmers, industry bodies, certification programs and regulators to “ensure that the products we sell are produced in accordance with current standards and to drive ongoing improvement in sustainability management practices”.

“We continue to engage with all stakeholders in the Tasmanian aquaculture sector to identify and address opportunities to improve sustainability outcomes,” the spokesperson said.

Aldi, which also stocks Tasmanian salmon, said it was aware of the WWF report and was “working with our certification partners to review the findings”.