And what hairy beast, its hour come at last, slouches towards a laboratory to be born?

Some 3,900 years ago, on mainland Siberia, the last known woolly mammoth breathed its last. Since then, humans have known mammoths only through their remnants: scattered bones and a small number of frozen carcasses, complete with the tatty remnants of once-shaggy fur. These remains have, for centuries, provoked our curiosity – curiosity that might one day be sated. Colossal Biosciences, a Texas-based start-up, is using genetic engineering in its quest to bring the species back to life.

“The woolly mammoth was the custodian of a healthier planet,” the company says. Using salvaged mammoth DNA, Colossal will genetically edit Asian elephants, the species’ closest extant cousin. If its plans are successful, then it will produce a woolly mammoth – or as close as possible a replica – six years from now. This year, the company has raised $75m from investors.

Thus, about 3,906 years after it thought it had seen the back of us, the woolly mammoth might be reacquainted with humans – a species that has never seen a large mammal that it didn’t like the idea of eating. Their extinction wasn’t solely our responsibility – the end of the ice age massively reduced the size of their potential habitat – but, as some palaeontologists argue, pre-history is littered with the bodies of megafauna we’ve eaten to extinction. Giant sloths, giant armadillos, dire wolves… whoever was presenting Planet Earth in those days would have had to stay on their toes.

Given the apparent progress in the field of reconstituting the mammoth, we might as well answer the obvious question: should we eat them? Colossal has made no mention of this prospect, focusing instead on the environmental benefits of mammoth restoration: the animal’s heavy gait thickens permafrost, or the permanently frozen layer of soil, gravel and sand under the Earth’s surface, preventing it from melting and releasing greenhouse gases. “If the Mammoth Steppe ecosystem could be revived,” the company argues, “it could help in reversing the rapid warming of the climate and more pressingly, protect the Arctic’s permafrost – one of the world’s largest carbon reservoirs.”

Still, one wonders whether people will be tempted to have a taste, just as their ancestors did. We will have to decide at some point whether we, too, want to eat woolly mammoth – and indeed any other species we choose to resurrect. Would you eat them?

Holly Whitelaw, director of Regenerative Food and Farming, says she’d be up for it. “I would eat anything that was holistically grazed,” says Whitelaw. Roaming animals, she says, are healthy for soil; they distribute seeds and microbes as they wander. The healthier the Arctic soil, the more grassland it supports, and the more carbon is removed from the atmosphere. “It’s like bringing the wolves back,” Whitelaw says. “You get that whole tier of the system working better again.”

Victoria Herridge, a palaeontologist at the Natural History Museum and an expert on woolly mammoths, has called for caution. In carrying out this kind of environmental project, Dr Herridge told The Telegraph, “you are carrying out a bio-engineering experiment which, if your goal is [met], will create change at a global scale. It becomes a question of: who gets to tamper with the climate system of the planet?”

Speaking to The Independent, Dr Herridge expressed additional concerns about the provenance of these mammoths. “I have a problem with anything to do with surrogate mothers,” she says. The genetically modified mammoth amalgams will gestate within Asian elephants, risking them significant pain and medical risk.

These are objections to the project itself, rather than to the idea of eating mammoth meat at the end of it. Dr Herridge sees this scenario as unlikely, but poses a hypothetical scenario in which she would consider eating mammoth meat. “Fast-forward 100 years. Imagine that Siberia isn’t a bog, there’s a place for woolly elephants to roam, they’re not wading through mosquito-infested swamp. Let’s say they’ve managed to breed 20,000 woolly elephants at this point. They’ve wandered across to Banff and they’re causing havoc, and to maintain that population they had to have an annual cull. Would I turn it down? No. But there are so many caveats.”

Whitelaw says that pasture-raised mammoth would have a good ratio of omega:3 to omega:6 fats, making it a good dietary choice. With this in mind, it’s easy to imagine Paleo enthusiasts providing consumer demand. Dr Herridge, though, is again sceptical. “The idea that you can have a diet that harks back to this ancient way is really problematic,” she says. “There’s this naive idea that there’s a lost Eden. Our vision of it is based on nothing but wishful thinking and stereotypes.”

There are other ways of looking at this question. Thinkers such as Brian Tomasik, author of the blog Essays on Reducing Suffering, argue that if you’re going to eat animals, “it’s generally better to eat larger ones so that you get more meat per horrible life and painful death. For example, a beef cow yields over 100 times as much meat per animal as a chicken, so switching from eating all chicken to all beef would reduce the number of farmed animals killed by more than 99 per cent.”

Considering the question of eating woolly mammoths, Tomasik says: “A woolly mammoth would weigh roughly 10 times as much as a beef cow, so eating mammoths rather than smaller animals would reduce the number of animal deaths even more.”

We should also consider the manner of the mammoth’s death. “Whether death by hunting would be better or worse than a natural death in the wild,” Tomasik says, “depends on how long it would take for the mammoth to die after being shot, and how painful the gunshot wound was until the point of death.” Wild deer, he says, can take 30-60 minutes to die after being shot in the lungs or heart. Their brains are considered too small a target, though that could be different for mammoths.

There are many competing considerations here. Although the rejuvenation of Arctic grasslands would probably be good for the climate, it might also entail higher numbers of wild animals. Tomasik views this as bad news. “Almost all wild animals are invertebrates or small vertebrates that produce vast numbers of offspring, most of whom die painfully not long after being born.”

More trenchant opposition to the idea comes from Elisa Allen, PETA’s vice-president of programmes. Arguing that we ought to focus on protecting existing species, whose habitats are fast disappearing, rather than resurrect species whose habitats are already lost, Allen says: “If anything distinguishes humans from the rest of the animal kingdom, it is the selfish desire to eat the other members of it when we don’t have to.” Allen says that “the future of the meat industry lies in lab-grown or 3D-printed meat”.

Jacy Reese Anthis, co-founder of the Sentience Institute, sees the application of this technology to woolly mammoths as ethically preferable to hunting them. “One of humanity’s most pressing challenges for the 21st century is to end the unethical, unsustainable industry of factory farming,” he says. “Cultured meat is one of the most promising substitutes, so if mammoth meat is what gets people excited about that, then I’m excited about it. It would be extremely wasteful to breed and farm live mammoths when we could sustainably grow meat tissue in bioreactors.”

This would avoid what Anthis sees as the inherent wrongness of killing, for our own pleasure, a creature that can think and feel. He is all for technology, he says, but stresses that it is important “to maintain boundaries of respect and bodily integrity for sentient beings. One of the most fruitful boundaries has been the right to not be owned and exploited for another’s benefit. This applies to humans but increasingly we recognise it for animals, and it is a crucial pillar in responsible stewardship of our fellow creatures.

“It would be a great tragedy if we were to reach our technological arm back into the Pleistocene and heave these majestic individuals into our time just to use and exploit them for our own benefit.”

For our ancestors, who made buildings out of the bones of mammoths, this issue wouldn’t have been half so hairy. But let’s imagine a mammoth-based dish derived not from hunting but from a bioreactor. How might it taste? Whitelaw has a guess. “I think it’ll be a bit like pork. You’ll have to cook it long and slow to render that fat down to make it. Or maybe you could make it nice and crispy.”

Mind out for that fur, though. 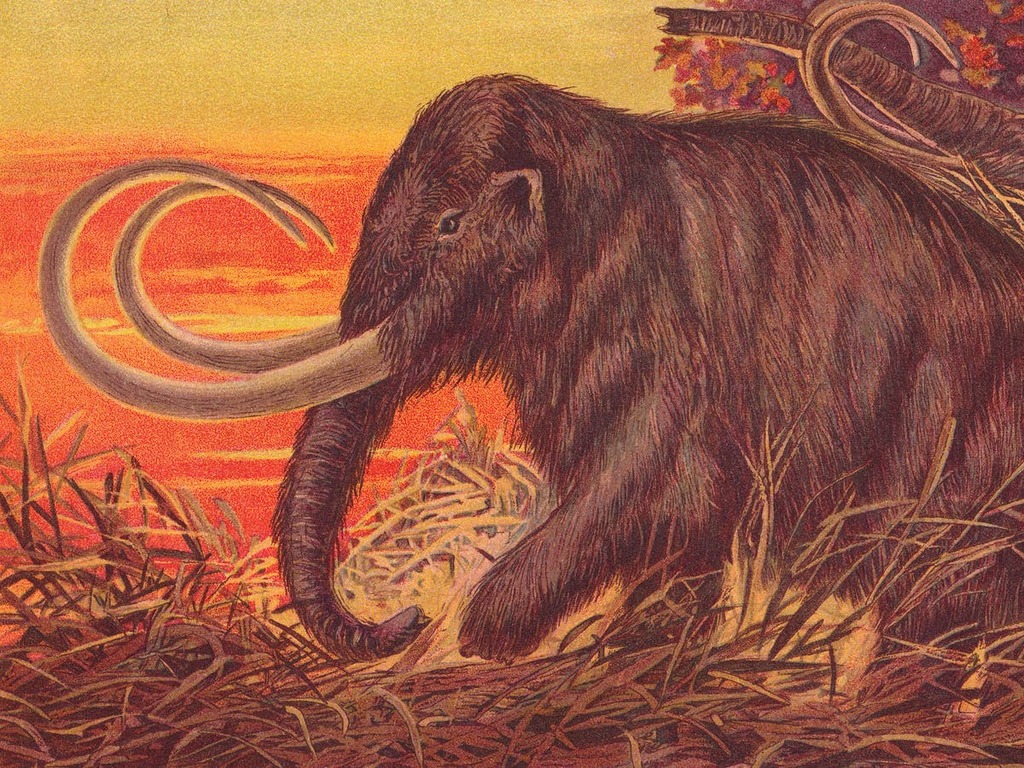 Woolly mammoths are making a comeback. Should we eat them?
A Texas start-up is using genetic engineering to revive that most iconic of extinct animals. But the woolly mammoth’s potential…

The Independent UK
From analysis to the latest developments in health, read the most diverse news in one place.
Dallas Zoo staff get creative to help animals beat the heat
DALLAS — This summer has been all but unbearable for the people of North Texas — but what about the…

The Independent UK
Meet the man trying to save this ‘stupid little fish’ and see why he thinks it’s important
SACRAMENTO, Calif. — The fragile little fish that swim around in dark tanks in a lab are the last hope…

BHOPAL: The cheetahs of Kuno — when they do arrive and finally prowl the wild — will face competition for…

The Times of India
One place to find news on any topic, from hundreds of sites.
Trophy hunting: why a UK import ban threatens wildlife conservation

Trophy hunting, where animals with characteristics such as large antlers are legally hunted, and their meat usually eaten - is…