Alec Baldwin and Woody Allen steered clear of their respective controversies on Tuesday when Baldwin interviewed the famed director on Instagram Live.

The "30 Rock" star, who appeared in Allen's 2012 picture "To Rome With Love," invited the filmmaker to discuss his new essay collection,"Zero Gravity," and his take on the current movie landscape. What he learned? The "thrill" of moviemaking is gone for the once-venerated director.

At the start, Allen, 86, declared that he "still doesn't know what Instagram is." Not surprisingly, the two had technical difficulties typical of virtual interviews and digital immigrants. Allen's audio frequently dropped and Baldwin had to shout for help at home in Spanish and trouble-shoot tech issues in the middle of the Live chat. Baldwin, 64, joked that Instagram is now the "Radio City Music Hall of the millennial generation."

Allen, a four-time Oscar winner whose dozens of films include "Midnight in Paris," "Manhattan," "Annie Hall" and "Deconstructing Harry," said he doesn't expect to keep making movies because he's grown tired of the lifestyle and because of the catalytic effects of streaming and the COVID-19 pandemic. Allen said he doesn't know how he feels about making movies now, lamenting that films either go directly to streaming or land there after a short run in theaters.

"It's one of the things that I feel discourages me. I've done 49 movies and I'm about to do maybe my 50th movie and when the pandemic came, I was in the house like everybody else, petrified, hiding under the bed and I didn't go out for months. And I couldn't make a movie that I had planned to make," Allen said.

"And then after a few months went by, I started to think, 'Gee, I like it under the bed.' ... I don't have to go out. I don't have to make a film. I don't have to be cold in the winter or hot in the summer. Up at five o'clock in the morning, making decisions all day long. I'm home, and there's nothing I can do but my exercise, practice the clarinet and writing a lot," he said.

During the last two years of the pandemic, Allen said he wrote a couple of plays and supplementary material for "Zero Gravity" and managed to avoid getting COVID-19.

"And I thought to myself, 'What if I didn't make film[s], you know this is a nice way to live.' And I thought, 'Well, maybe I'll make one or two more [movies], you know, I'm 86 years old. But I like staying home and writing,'" he continued.

"A lot of the thrill is gone because it doesn't have the whole cinema effect. Now you do a movie and you get a couple of weeks in a movie house, maybe six weeks, four weeks, two, whatever. Then it goes right to streaming or right to pay per view. And people love staying home on their big screens and watching on their television sets ... It's not the same as when I went into the movie business. So it's not as enjoyable to me as it was. I don't get the same fun of doing a movie, putting it in a movie house. Some of those movies I put in movie house, they run for months. It was a nice feeling to know 500 people were seeing it at once.

"I don't know how I feel about making movies. I'm going to make another one [this fall] and I'll see how I feel," Allen said, adding that he'd probably make it in Paris rather than his past frequent settings in New York.

Allen and Baldwin lamented the closing of theater and art houses and how they believe the commercialization of Broadway mimics that of the movie business.

"Yes, I feel I will work again in film, but I might want to turn to writing [novels and plays]," Allen concluded.

He also reflected on the difference between writing his book of essays and writing his autobiography, "Apropos of Nothing." The two also discussed the bygone era of getting casual humor pieces published in the New Yorker when it had plenty of physical space, Allen said, whereas his pieces now are "three pages too long" for the magazine, which he believes is now more focused on "political and social relevance."

It should be noted that the New Yorker is home to Pulitzer Prize-winning journalist Ronan Farrow, Allen's estranged son and whose sister Dylan Farrow accused Allen of child sexual abuse. Farrow's 2017 New Yorker investigation of disgraced producer Harvey Weinstein, which was published around the same time as the New York Times' version, sparked the landmark #MeToo movement.

The only reference to Allen's disgraced reputation came when Baldwin announced Sunday that he would be doing the interview, telling his followers on Instagram that he has "ZERO INTEREST in anyone's judgments and sanctimonious posts" and that "if you believe that a trial should be conducted by way of an HBO documentary, that's your issue."

Kirby Dick and Amy Ziering's four-part HBO doc "Allen v. Farrow" shed new light on the allegations of child sexual abuse and incest leveled against Allen. (Baldwin previously defended the "Midnight in Paris" director upon the release of the doc by tweeting, "Who needs courtrooms or rule of law when we have trial by media?")

Publisher Little Brown in 2020 also canceled publication of Allen's memoir, "Apropos of Nothing," following an employee protest of the deal. The book was later put out by Arcade Publishing. Meanwhile, "Zero Gravity," Allen's first book since his controversial memoir, is being distributed by Skyhorse Publishing, which has developed a reputation for representing divisive authors.

AAP
Turnbull says Morrison actions 'sinister'
The prime minister has received legal advice on whether Scott Morrison breached the constitution by swearing himself into ministerial portfolios. 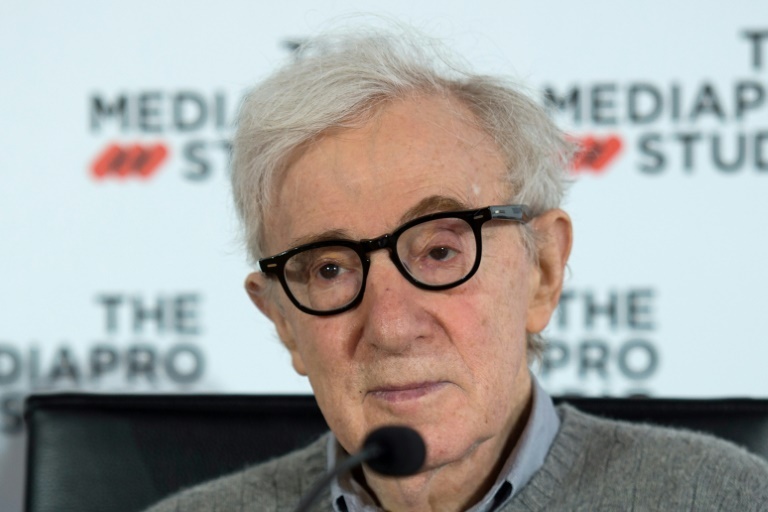 Woody Allen says 'thrill is gone,' next movie may be his last
Los Angeles (AFP) - In a rare interview on Tuesday, filmmaker Woody Allen did not rule out Tuesday that his…

The Independent UK
Woody Allen Says 'Thrill is Gone,' Next Movie May Be His Last

In a rare interview on Tuesday, filmmaker Woody Allen did not rule out Tuesday that his next movie, to be…

AAP
Turnbull says Morrison actions 'sinister'
The prime minister has received legal advice on whether Scott Morrison breached the constitution by swearing himself into ministerial portfolios.
Our picks