Wonders of the Celtic Deep: The heart-in-mouth moment when a baby seal almost drowns 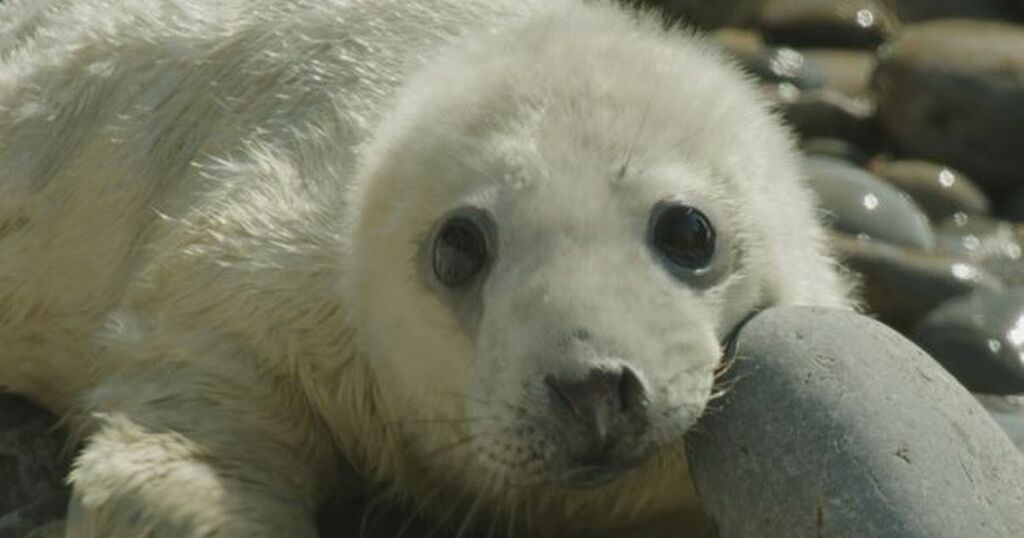 New nature documentary, Wonders of the Celtic Deep, showed just how dangerous the sea could be tonight as even a water-dwelling mammal got into trouble because of rough conditions.

The hour-long show, narrated by Sian Phillips, shows a gorgeous, but ambitious, fluffy white four-day-old baby seal on the beach in Pembrokeshire who cannot wait to get in the sea to have fun with the older pups.

"With mum asleep, she has an opportunity to explore. The rocky beach is an adventure playground. But it's not without its risk," narrated Sian, with a sense of foreboding.

The pup swerves some dangerous fishing gear, but on seeing an older pup having fun in the waves, the snowy little one wants a piece of the action.

"She can't resist joining the bigger pup, but she's far too small to take on the rough surf," continued Sian.

Covered in that lush fur does make them cute, but in this instance, it's a hindrance as when wet it weighs down the pup, and she struggles to keep her head above water.

"It drags her underwater. If mum doesn't come soon, the pup may drown, become hypothermic or get smashed against the rocks," Sian continued.

The footage shows the swirling crashing waves as the pup cries for help. But mummy seal thankfully comes to the rescue, putting herself between the offspring and the breaking waves and there's an achingly cute moment where the tiny-flippered mammal pats her baby and throws the flipper around the pup for the soggiest, and cutest of cwtches.

The series has captured an incredible array of species including blue sharks and Fin whales – the second biggest animal on the planet after Blue Whales – along with seabirds that can ‘fly’ underwater, and fish that can breathe on land. The final episode in the series also highlights the work of scientists and volunteers around Wales and investigates the bigger environmental issues raised by the series.

You can catch up with the first episode on iPlayer and the series continues at 9pm on BBC One Wales, Tuesdays.