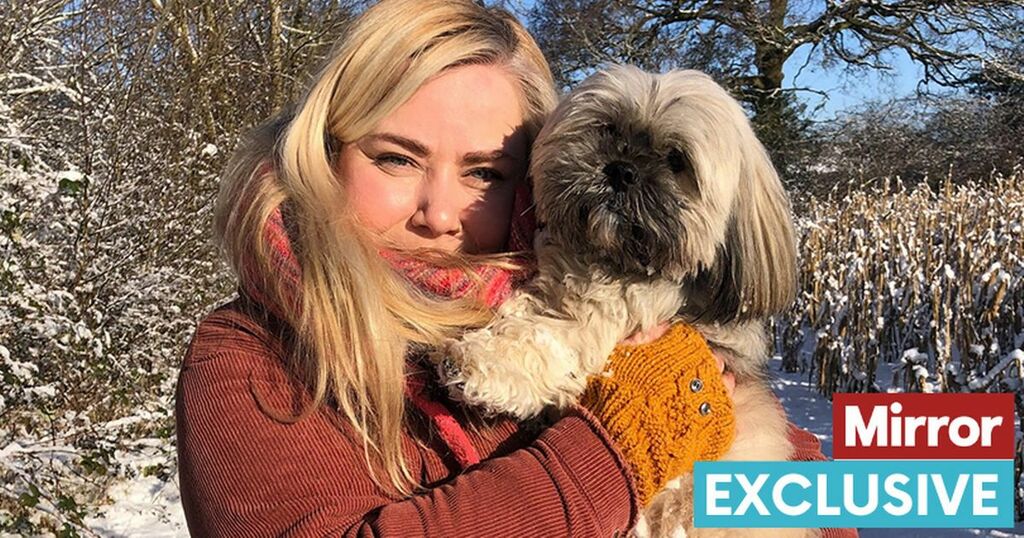 A student who relies on a wonder drug to keep her alive has learned that as long as she's taking it, Covid vaccines are unlikely to work for her.

Hannah Burden, who has a rare form of vasculitis, is one of hundreds of patients facing a horrendous dilemma as she knows coronavirus could claim her life if she were to catch it.

The 36-year-old from Leicestershire says she will not be safe to go onto campus when her PhD course begins next month, as the risk from the virus has risen with restrictions being lifted.

Hannah, who nearly died when she first became ill with vasculitis - a deadly condition which sees blood vessels become inflamed - has been taking a drug called Rituximab for the past three years.

The treatment has been branded "unicorn juice" by people whose lives have been saved, but a new study has found nine out of 10 people taking it develop zero or very few antibodies after being vaccinated for Covid.

It means that like thousands of people with chronic illnesses, Hannah has to continue avoiding crowds as she may have no protection against coronavirus.

She warned that for many of those at risk, things are far from returning to normal - and called on people to look out for the most vulnerable.

Hannah told The Mirror: "The thing that I find the most frustrating is that we were thought to be worth shielding (at the start of the pandemic).

"It just feels now that it's come to a point where we're being told not to worry about it anymore.

"There's no way that you can tell someone who's been staying at home not to worry anymore. I wonder are we worth protecting or not?

"Either we're worth protecting or we're collateral."

Hannah said that the risk of being hospitalised if she is infected with Covid is "really high" - but coming off the drug is not an option.

Charities have urged the wider public to get vaccinated against coronavirus in order to provide greater protection for those most at risk, and the government has pledged to roll out a booster programme.

Hannah said she's been moments from death since she was first diagnosed with Granulomatosis with Polyangiitis, a type of vasculitis, when she was 25.

She was admitted to hospital with what she thought was a chest infection, but as her condition worsened medics were forced to place her in a coma, unsure if she would ever wake up.

Her parents were told she was unlikely to survive the weekend as ruptured and inflamed blood vessels left her unable to breathe.

She was placed on a ventilator, and when she finally awoke after 10 days she learned that the toes on both her feet had to be amputated as oxygen had been unable to travel through her body.

After years of trying various drugs which proved largely ineffective, she was prescribed Rituximab, which reduces inflammation of the blood vessels.

But the devastating news that Covid jabs are less likely to be effective mean she will be forced to avoid her university campus, despite the government's drive to bring back face-to-face teaching.

While Hannah has not taken a test herself to find out if the vaccines have worked, she knows many people in her position who have found out they have not developed antibodies.

She said: "The chances of me being in hospital if I catch Covid are extremely high. I had both vaccines as early as I possibly could, a lot of people in the same position as me are paying to have immunity tests, and they're finding they don't have antibodies.

"I just feel like I can't do it, I don't want to see the results that say the vaccines don't work for me."

Hannah said that not taking Rituximab is not an option for her, stating: "I've been moments from death with vasculitis so I need to keep it under control, so I've got to make a choice and it's Covid I need to shield myself from."

But seeing people gathering in large crowds and ditching their masks has left her feeling "completely in limbo".

"I want to use the library and I want to mix with other students, but the campus will be a complete no-go," Hannah stated.

Since Freedom Day saw restrictions lifted, many clinically vulnerable people have been forced to curtail their activities.

The student said: "I'm staying out of the city as much as possible. Even though people know how intense the Covid situation has been, most people have abandoned their masks.

"It feels like people are happy to go back to whatever normal is for them.

Sadly Hannah's position is far from unique. John Mills, director of operations for charity Vasculitis UK, told The Mirror: "It's awful for them.

"There's no obvious answer, not taking the drug can condemn them to death if you go to extremes.

"Nobody has been given any answers about alternative drugs."

The Octave study, led by scientists from the University of Glasgow and the University of Birmingham's Cancer Research UK Clinical Trials Unit, used blood samples from 600 patients to identify groups with the lowest vaccine responses.

The study found that the proportion of patients with lower levels of antibody reactivity compared to healthy subjects were:

A new study, named Octave Duo, has been launched to find if a third booster jab makes a difference for those who vaccines are less effective for.