By Suzanne Wrack and Sarah Rendell 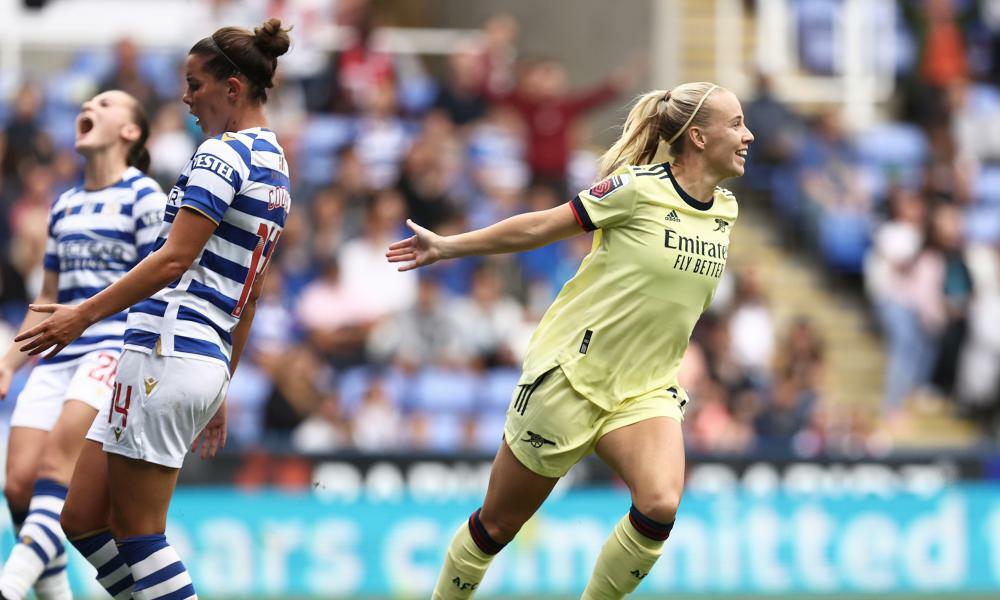 The omission of the forward Beth Mead from the Team GB squad for the Tokyo Olympics raised eyebrows, particularly with Manchester City’s Chloe Kelly injured. If there was a beneficiary though, it was Arsenal. With the club having signed the US superstar Tobin Heath, Japan maestro Mana Iwabuchi and the England forward Nikita Parris, it would have been fair to assume Mead’s place in the starting XI was at risk. She has risen to the challenge and has four goals and six assists in the team’s opening six games (two WSL matches and four Champions League qualifiers). In the team’s 4-0 defeat of Reading Mead scored Arsenal’s second and turned provider for Vivianne Miedema’s two goals, with an increasingly potent partnership emerging between the pair. The manager, Jonas Eidevall, said Mead’s form had been “a really positive surprise”. He added: “I hope she can keep her form when she gets the England shirt on and to show that she’s a great player for the national team again.” Suzanne Wrack

Millie Turner is a key player for Manchester United, so it was disappointing to see the defender taken off injured on a stretcher in the first half against Leicester. The pain was etched on her face and it is unlikely she will be back for their next WSL game against Chelsea. United’s manager, Marc Skinner, said: “Our medical team is brilliant so they will go and make sure Millie is comfortable. We will assess as we need to and update but we’re all with her and we’ll make sure she is looked after.” United weren’t deterred and pulled off an impressive 3-1 victory over promoted Leicester. Sarah Rendell

Aston Villa’s Hannah Hampton did not keep a clean sheet against West Ham but the goalkeeper made superb saves throughout the 1-1 draw to keep her team in it, particularly when a precarious backpass from Elisha N’Dow almost allowed the Hammers to double their lead. Villa’s building pressure paid off in the last minute when Remi Allen struck. There has been talk about Hampton’s exclusion from England squads and Villa’s manager, Carla Ward, said: “Name me a better English goalkeeper in form right now than Hampton. I don’t know if there is one.” The draw means West Ham have taken only one point from the opening two rounds. SR

After Birmingham conceded early against Brighton, the defender Victoria Williams scoring from a well-worked corner, a disjointed first half calmed the tempo and Birmingham were right back in the match, having shots at goal and going close. However, just before half-time the referee, Lucy May, took the view that Harriett Scott pushed Aileen Whelan in the back in the box, giving Brighton a penalty.
Inessa Kaagman stepped up and doubled the visitors’ lead. Birmingham’s defence fell apart to let in another three goals. Scott Booth’s side are yet to collect a point or score and the problems from last season have carried on. SR

The winner that shouldn’t have been

Spurs punished Manchester City for their lack of precision from countless chances as they defeated them 2-1 but the winning goal was controversial.
Tottenham’s Angela Addison fired the ball into the box after receiving it from a short free-kick. The ball spiralled into the path of Rosella Ayane, who clearly handled. It then deflected off Steph Houghton on to the post and went in off City’s goalkeeper, Karima Benameur. The goal should have been chalked off but the referee, Abigail Byrne, let it stand. Tottenham shouldn’t have had the winner but City had multiple chances to seal victory and now the league is wide open. SR

With Sam Kerr and Fran Kirby familiarly on the scoresheet they would have been expected to steal the headlines. Instead, the press conference after Chelsea’s 4-0 defeat of Everton was dominated by questions about a clutch of players who struggled for regular playing time last season. Emma Hayes praised the performances of the Scotland forward Erin Cuthbert, defender Jess Carter, winger Guro Reiten and England’s Beth England, who scored shortly after coming on. “Erin has always been a talented player that really needed a pre-season under her belt,” said Hayes. She said Cuthbert and the other three players had struggled most, for different reasons, during the Covid-hit 2020-21 season. “Her, Guro Reiten, Jess Carter and Beth England have all benefited from a full pre-season without injury, and I think it’s one of the reasons why our depth is going to be even bigger this year.” SW