Woman wins £180,000 payout after employer refused to let her leave early to pick up daughter 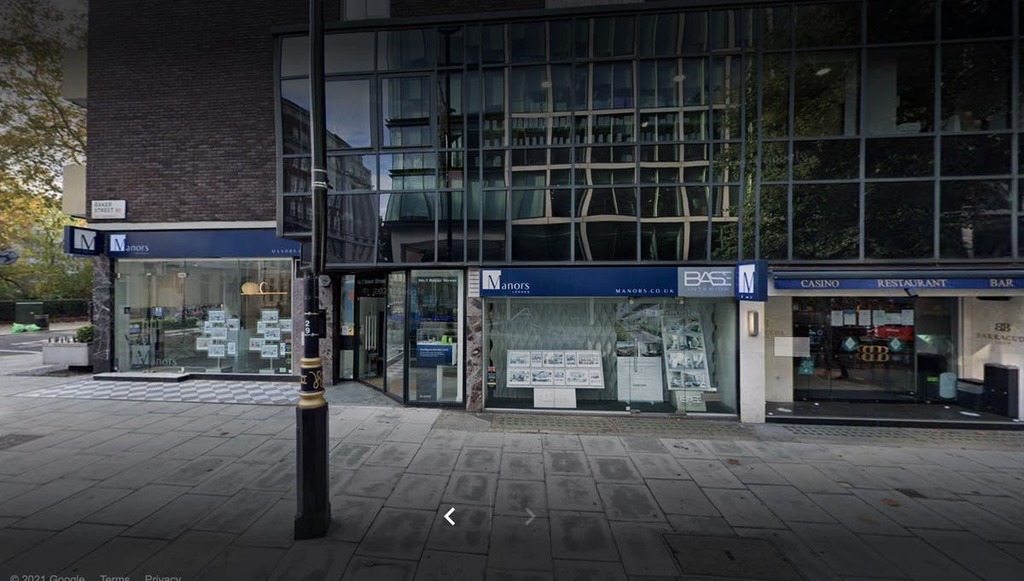 An estate agent has won a payout of more than £180,000 after her boss refused to let her leave early to pick her daughter up from nursery.

Alice Thompson wanted to work four days a week and finish at 5pm rather than six o’clock when her childcare finished.

However, company director Paul Sellar rejected her request claiming the business couldn’t afford for her to go part time and she resigned.

Mrs Thompson took London-based agency Manors to an employment tribunal claiming sex discrimination in a bid to ensure her daughter does not have “the same experience” when she is older.

Now she has been awarded £184,961.32 as compensation after a panel found that making her work until 6pm, when nurseries ordinarily close, placed her at a ‘disadvantage’.

The hearing was told Mrs Thompson began working for Manors, a small firm based in Marylebone, which mainly sold to customers overseas, in October 2016 initially earning £120,000 a year.

The sales manager, of Weybridge, Surrey, was ‘successful’ in building sales income and was “well thought-of”, the hearing was told.

But her relationship with Mr Sellar began to deteriorate when she told him she was pregnant in spring 2018.

The panel heard the firm celebrated the news in June that year with Mr Sellar taking the team to a private members club.

But at this party, Mrs Thompson accused Mr Sellar of saying to a colleague: “I thought, for fuck’s sake, why is she pregnant when we are doing so well? I was warned about employing a married woman of her age.”

But he denied this as well as a later conversation where Mrs Thompson confronted him.

She also claimed that in August, when the staff were taken on a trip to New York she felt ‘excluded’ as the others had gone drinking on a boat trip whereas she went shopping and back to hotel instead.

The tribunal heard relations between Mrs Thompson and Mr Sellar had been “fine” until the trip with the director feeling as though her reaction was “ungrateful” when she complained of feeling “isolated” as the trip had cost him £25,000.

In October, Mrs Thompson confirmed the details of her maternity pay and attached an Excel sheet with 11 deals she expected commission on.

But Mr Sellar decided she would only receive commission on deals registered in the sales spreadsheet up to her last day and those completed after she returned to work.

When she went on maternity leave, Mrs Thompson was made to feel “like a leaver”, the panel heard, as she was told to return her mobile phone and office keys by Mr Sellar.

Later that month, Mrs Thompson came into the office to “clear the air” with Mr Sellar but he told her she was emotional because she was pregnant, the panel heard.

The tribunal was told her contract meant she had to work from 9am until 6pm. It also provided for statutory sick pay but had no details on maternity leave.

In the past, two female administrative staff members had gone on maternity leave and had returned to part-time hours, the panel was told.

While on maternity after giving birth in November 2018, Mrs Thompson explored a flexible working arrangement of a four day week and shorter hours so she could collect her daughter from nursery as it closed at 6pm.

But Mr Sellar denied this for multiple reasons including “additional costs”, the “detrimental effect on the ability to meet customer demand” and the “inability to reorganise work among existing staff.”

She later launched a grievance that included the denial of her request to work flexibly and finally quit in December 2019. The tribunal heard she has struggled to find another job since.

The panel heard Mrs Thompson was “devastated” at losing the relations she had formed with clients and also her building up of the team.

The panel, headed by Employment Judge Sarah Jane Goodman, agreed that she had been discriminated against by Mr Sellars’ denying her flexible working request.

“Mrs Thompson’s turmoil will have been worse because she had to start from scratch finding a job at all.

“Her lack of success will have led a to a sense of failure. She said... that she was bringing the claim so that her daughter did not have the same experience.

“The nursery closing at 6pm aligns with standard office hours, and a requirement to work until 6pm each day did place her at a disadvantage, as she would not be able to get there in time.

“As for four day working, we do not know if that was wanted because of the long commute (up to 2 hours per day) or the cost of nursery care, but all told we accept that the requirement did put her at a disadvantage.”

However, the tribunal rejected her other claims. Of Mr Sellars’ alleged remark, the panel said: “It is plausible that this was said as an unguarded remark after an evening of eating and drinking.

“It was not said to (her) face and possibly not in her hearing. In our finding, it was not harassment. If not said to her face, that was not its purpose; as an isolated remark, it lacked the strength to be intimidating or hostile.”

Mrs Thompson will be awarded £184,961.32 for a loss of earnings, pension contributions, injury to feelings and interest.