A violent thug knocked a woman unconscious after she ignored his catcalling as she made her way home alone. Adam Higginson and another man made the woman feel intimated and frightened as they shouted "hello gorgeous come over here."

The woman decided to stand up to the two friends but Liverpool Crown Court heard they continued taunting her until she aimed a kick at Higginson, the ECHO reports.

After kicking her back, the brute punched her to the head, leaving the victim with a permanent scar. The woman, in her 30s, had been out with friends in Wirral, Merseyside, on June 12 last year when the attack happened.

The court heard as she was walking home alone at around 11pm she heard shouting from outside a pub. Higginson, 32, had been drinking pints of beer and shots. He and his friend shouted "hello gorgeous come over here" and "come over with us."

Peter Hussey, prosecuting, said Ms Brooks told them to "get lost". But they turned "aggressive", shouting "you should take it as a compliment".

Ms Brooks felt intimidated, but they continued using "sexual innuendo". She later said she wanted to tell them it was behaviour like that which makes women feel frightened. CCTV footage showed Ms Brooks kick out at Higginson. It was the prosecution case she kicked him in the shin.

Higginson later claimed she kicked him in the groin. However, Mr Hussey said that, or Higginson's suggestion that what he did next was "excessive self-defence", was "ludicrous".

Judge David Potter said the two men had made "unwelcome" remarks and the victim tried to ignore them. He told Higginson: "Because she ignored you, you became more aggressive. You shouted that she should take what was being shouted at her as a compliment. She understandably began to feel threatened by those comments."

Judge Potter said the woman confronted them and "tempers were raised" but "clearly from what I've seen she was no match physically for you or the other man, or the combination of you".

He said the woman kicked out at Higginson, who immediately kicked her in the body. He then "pursued the now retreating victim and followed up that kick with a heavy punch to her head, which knocked her flat out onto the road surface".

Judge Potter said: "You then jogged off. You left her unconscious and bleeding in the middle of the road. Fortunately bystanders came to her aid and she was taken to hospital, where she was treated for a head injury, which still remains tender, and a 2cm cut to the right side of her mouth."

The victim is now awaiting plastic surgery for the scar - a "permanent reminder" of the attack every time she looks in the mirror. She said she was left anxious, wary of going out alone and took time off work, which hurt her business.

Higginson, who admitted wounding, has 12 previous convictions for 28 offences. They include battery and attempted robbery in 2006, possessing an offensive weapon and being drunk and disorderly in 2007, and racially aggravated assault and conspiracy to commit affray in 2009.

Paul Treble, defending, said the CCTV "clearly" showed the woman "run over and kick" his client. He said: "The defendant doesn't move away from his disgraceful conduct beforehand, but it's clear the complainant chooses to come over to him from some distance to kick him."

Mr Treble said: "Although the defendant is being verbally abusive and he should be ashamed of himself for that, the actual physical part was impulsive and spontaneous because he was kicked by the complainant. It was short lived because it was one punch."

Mr Treble said the dad had been celebrating a family member's 18th birthday. He drank "far too much, far too quickly and became much more intoxicated than he thought he would".

He said Higginson was upset at the time because he had been discussing the death of his grandad, who died a few months previously. He said his ex-partner was also taking their daughter with her to live in Spain at the time and perhaps that was why he drank so much.

Mr Treble urged the judge to spare him jail so he could help to tackle his problems. However, Judge Potter said the attack was so serious, only prison was appropriate.

The judge said the suggestion of "excessive self-defence" was an "unsustainable argument" because the woman was retreating. He told Higginson: "When you struck the blow to her face it was, in the judgement of this court, a simple act of retribution and revenge for the slight she has caused you."

The judge accepted Higginson's reaction was spontaneous and "thankfully" short lived, but it was at night and in public, when he was "heavily" drunk. He jailed him for 18 months. 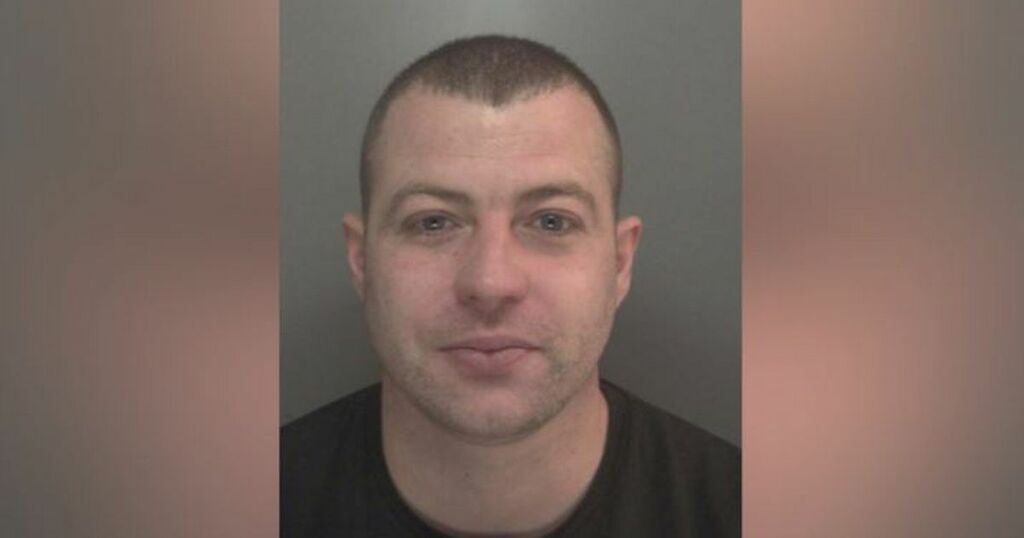