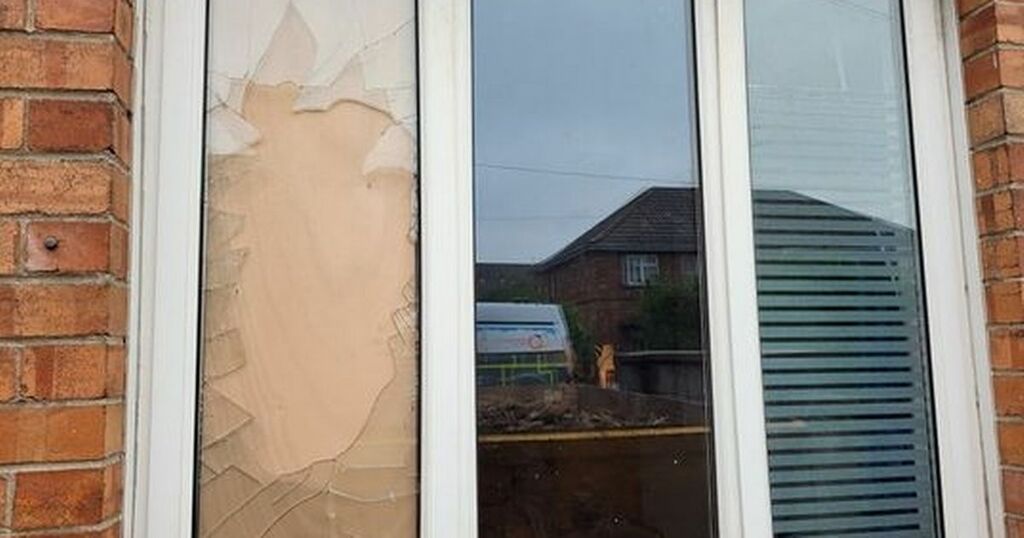 A Bristol family said they fear living in their Bedminster home after it was targeted by brick-throwing vandals for the second time in less than a year.

The mum of two, who does not wish to be named, awoke to find shards of broken glass covering her body and a large brick next to her head early this morning.

She recalls screaming at the top of her lungs as a large brick flew past her head.

“I was in total shock. I had cuts on my hands and feet from where I leapt out of my sleep," she said.

“The first time this happened was one evening last December when we had only moved into our previous home on the other end of Bedminster for 10 days, my kids were covered in glass," she said.

The family have lived in South Bristol for 35 years and say the past events have made them feel unsettled in the area.

“It has been really traumatic and we're not feeling safe in our home. I know Bedminster is an area with problems but what happened to us was really scary," she added.

Both her and her husband have now considered installing window shutters or toughened glass but insist they shouldn't have to turn their home into a fourth for the sake of thoughtless-youths.

“I really do not want this to happen again but we are looking to get CCTV installed or a doorbell camera which might be a slight deterrent,” she added.

“I'm really shaken up and I'm scared as it's hard not to take it personally when it's happened twice."

After sharing her ordeal on a local Facebook group it appears that the occurrences are happening in other areas including Knowle, Hartcliffe, Withywood and Hengrove.

She fears there is a gang going around in South Bristol and is desperate for something to be done about it.

A spokesperson for Avon and Somerset police said: "We’re investigating a report of criminal damage after the window of a property in the Marksbury Road area of Bedminster was smashed by unknown offender(s) at around 4.20am on Tuesday 14 September.

"Officers are conducting house to house enquiries and would ask anyone with information to get in touch on 101, quoting crime reference number 5221213455.”