Woman shares creepy texts from maintenance man: ‘Saddened so many women could relate’ 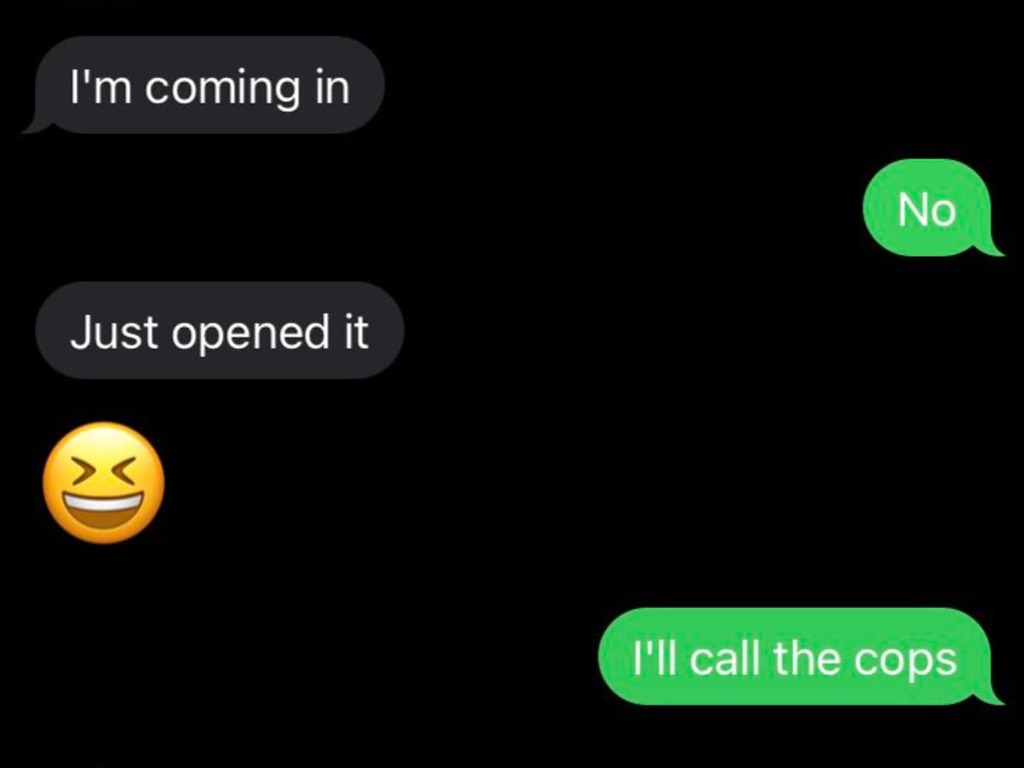 A woman has shared creepy texts from a maintenance man who said he was in her home. Bee Jonez, a 36-year-old living in Louisiana, tweeted about her experience as she was staying in a privately owned building when a maintenance worker texted her that he was “coming in” to her apartment “just to see [your] face”.

Ms Jonez told BuzzFeed that maintenance was being carried in an apartment next door after residents moved out. When she received a text from one of the workers, she thought they might need access to her unit to fix something in a shared area between the two apartments.

“Good morning girl,” he wrote. “How you doing.”

“I’m alright. Are you about to tell me you need to come to the apartment?” Ms Jonez replied.

“Yeah. Can I come in?” the unidentified worker asked, to which Ms Jonez wrote “no sir”.

“When I responded ‘oh lol,’ it was the same as an in real life nervous chuckle,” Ms Jonez told BuzzFeed. “I literally did not know how else to respond to that kind of message from a person I was not interested in. Even the nicest person can be harmful.”

“Just opened it,” he wrote, followed by one of many laughing emojis.

“I’ll call the cops,” she wrote, leading to the worker backing off.

“I’m in the next apartment, stop tripping,” he texted. “Got [you]. Hope everything is fine.”

“I broke the lease a month later and blocked him,” Ms Jones told the outlet. “I felt unsafe, [so] I moved as soon as I had the resources to do so.”

“The owners were a married couple that just owned and renovated a house,” she said. “They didn’t care about anything but the rent. All of the tenants had several complaints about various things. Nothing was ever handled.”

The couple also employed friends and relatives to maintain the building.

After Ms Jonez tweeted about the episode on 4 October, other women shared similar stories about their own past experiences.

“I remember when I was in middle school our maintenance man broke into our apt and he replaced my mom’s ceiling fan with one that cast a star like [a] shadow on the ceiling and he left a note about how he wanted her to see the stars,” one Twitter user wrote. “He was later fired for stealing company funds to purchase these items to give to the female residence, such as that ceiling fan. VERY scary situation in retrospect, but at the time I was young and thought the fan was pretty.”

Another wrote that a “friend told me a dude from a car dealership she went to went [through] her records and found her number and started texting her. She was terrified but thankfully he didn’t have her address. If anything happened to her I wouldn’t know what I’d do”.

“I was really not surprised to see so many women share very similar stories,” Ms Jonez told BuzzFeed. “But even though I wasn’t surprised, I was saddened and angered that so many women could relate ... Some men just feel entitled to women.”