Woman's disgust living on street where rats are rife

An Oldham mum has spoken of her disgust at a rat infestation on her street- which she claims is a result of food waste not being disposed of properly and bins not being emptied enough.

The mum, who asked not to be named, lives on a street in the Lime Side housing estate, where a majority of the properties are managed by Onward Homes. She claims she has been dealing with a rat problem for well over a year now, having spotted the rodents running around in her garden at all times of day and night.

She said that a ginnel on the street is a hotspot for fly-tipping and the streetlight there is currently not working. She says the issues have left the ginnel crawling with rats, which have been getting into people's gardens, she claimed.

She told the M.E.N.: "There is a ginnel on the street and the light doesn't work, so it's dark. If you walk through there at night time, you can hear the rats running underneath the fences.

"People are leaving rubbish bags in the ginnel. It's awful, especially if there's young girls walking through at night time - people use their phone torch lights if they walk through it.

"I can hear the rats coming into my garden at night. You can see the rats at the day time, as well.

"Numerous times, I have woken up in the morning and there have been rats in my garden. I always hear them squealing.

"When I look through the living room window, you can see them going in and out of the bins. There are a lot of people around here who are having the same problem.

" My neighbours have tried putting rat poison out, but we can still hear the rats running around in our gardens. I don’t know if it’s just this street that we live on, but it is absolutely rife with them.

"There are also people on the street who have got rubbish out in their garden, who are not helping the situation. No wonder we’ve got rats. We need someone to go to these tenants and say ‘listen, you need to get this rubbish out', or else we’ll never get rid of these rats."

Having been dealing with the infestation since she moved into the property, the woman revealed that she is "petrified" of rats.

"Rats make me cringe," she continued. " I have seen a rat that has been absolutely torn apart.

"There was a rat head in my garden the other day. So I've got to pick that dead rat up and put it in the bin. It's just horrible, having to live like this."

Additionally, the woman said that the bins are emptied every three weeks on her street- so overflowing food waste bins could be attracting the rats even more.

She said: "It's unpleasant to go out to my bin when I need to use it. I am scared to death that a rat will jump out of the bin when I open the lid.

"The bins on the street stink and it's just horrible. I don't think the bins are being emptied enough. We recycle our cardboard and bottles and things like that, but in the black bins where our food waste goes, the rubbish piles up, so you've got rats in the bins.

"I make sure all my rubbish goes in my bins, but there are people on the street that don't do that. You just hear people complaining about it all the time, it is so bad.

"We’ve all got big holes in our bins around here, where the rats are gnawing through the bins to get to the rubbish. That’s how bad it is."

Describing how the rat infestation is unsafe for her family, she explained: "It’s not healthy. My child absolutely loves animals, but I always have to stress, do not touch the rats.

“The other week, my child went into the garden and touched a rat and became very poorly the next day. There are a lot of people around here who are having the same problem. I don’t know if it’s just this street that we live on, but it is absolutely rife with rats.

"When children are playing outside, you can hear them scream, 'rats, there's rats'. I like to sit in my garden, but I won't do it now because I am terrified of the rats.

"I would like to see an authority going round to people’s houses, checking that people’s gardens are clean and making sure their food waste and rubbish is going in their bins and not on the floors. We are never going to get rid of the rats, otherwise.

"I am not just blaming the Council, because it is some of the tenants who are leaving rubbish out. They need to tell these people, 'get it sorted, or get thrown out, one or the other'. Something needs to be done about it, now."

A spokesperson for Oldham Council said: "Keeping the borough clean is very important to the Council and we know many residents continue to share hotspots and local concerns – that’s why we launched our Don’t Trash Oldham clean-up campaign last year. So far we’ve cleaned up more than 2,500 streets, roads and alleys, and have removed more than 150 tonnes of rubbish – that’s on top of what our staff normally do.

“We’ve been taking action at various locations across the borough too, providing dedicated clean ups across every part of Oldham and we will be in this area in August. Since we introduced the three weekly collection cycle in 2016 our household waste recycling rate has increased thanks to the good work of residents.

“If we went back to emptying bins on a fortnightly or weekly basis, this would not only have a really negative impact on the current recycling rate but it would also cost the council and council tax payers a substantial amount of money because we would have to pay for more general rubbish to be disposed of.

“Our staff are working around the clock, at weekends and bank holidays to help keep Oldham clean and tidy. Sadly, a small minority of people are not supporting this approach and creating extra work for others to clean up after them.

“We will continue to investigate fly-tipping and littering when it’s reported to us and if we find evidence then action will be taken. We will look into the streetlighting problem and advise residents to report them too via the Council’s website."

A spokesperson for Onward said: “At one of our recent neighbourhood walkabouts in Oldham, residents informed us about issues with rats in the area. These issues related to the wider environment rather than infestations at specific properties.

"We appreciate that this is distressing and would like to reassure residents that we are looking into this as a priority. Our officers carry out estate and garden inspections regularly to monitor for issues such as this and ensure that appropriate action is taken where required.

"In relation to waste management, Oldham Council is responsible for bins and waste collection, as well as managing the paths and walkways on the estate. We will be working with the Council to address this as quickly as possible and will continue to monitor the area to deal with any other issues on a case-by-case basis.” 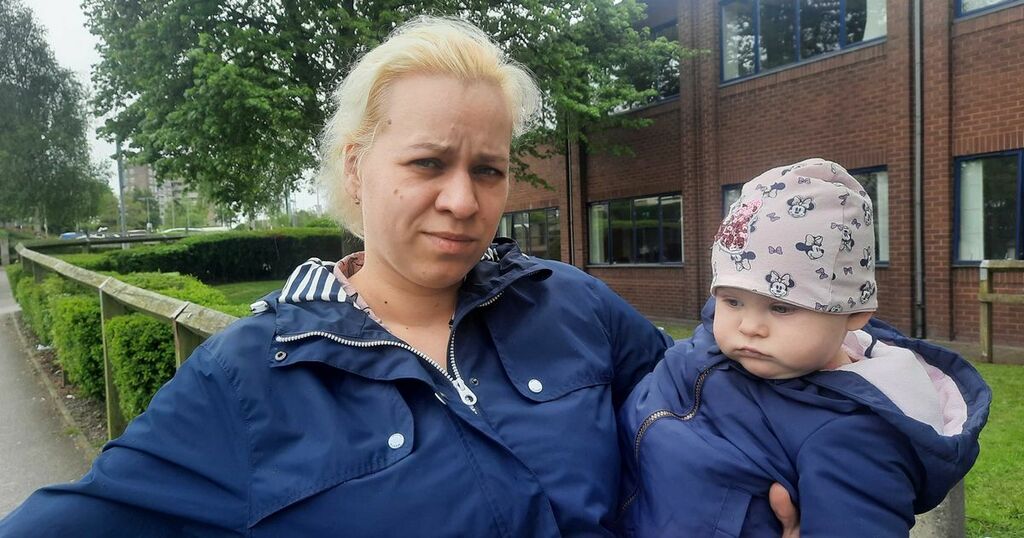 After watching her CCTV footage, Farah was furious to see the bin man taking out rubbish from her bin and…