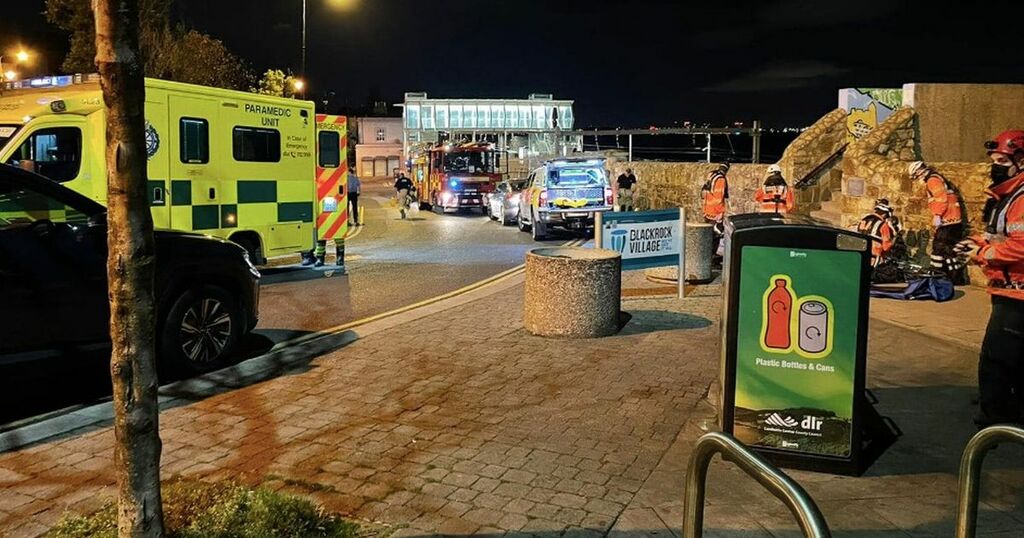 A woman was rushed to hospital in a critical condition after being pulled from the water at the Blackrock baths in south Dublin.

The Coast Guard were alerted to the woman's body being spotted late on Friday night, which launched a massive multi-agency operation involving themselves, the gardai, Dublin Fire Brigade, and the RNLI.

A rescue helicopter was also deployed, and gardai who entered the water managed to pull the woman out.

DFB paramedics treated the woman at the scene before she was rushed to nearby St Vincent's Hospital, where her condition has been described as critical.

Gardai said: "Gardai were alerted to a female in the water in Blackrock, Co. Dublin on Friday evening, 8 October 2021.

"The woman was brought ashore and was attended to by emergency services. She was brought to St. Vincent’s Hospital by ambulance."

The DFB added: "Dublin Fire Brigade were alerted by the Irish Coast Guard to a water rescue in Blackrock, Co. Dublin at 23:50 on Friday 8th October.

"Firefighters from Dun Laoghaire fire station were mobilised and on arrival a person had been taken from the water by Gardai. Firefighters left the scene at 12:20."