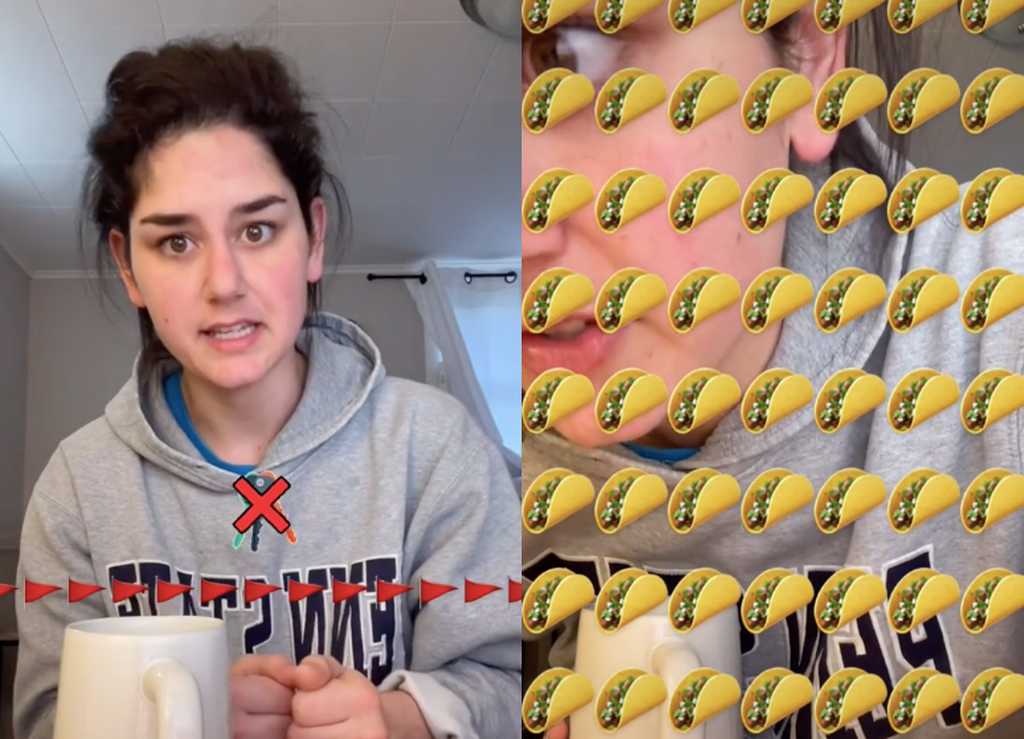 First dates are never the easiest experience and they could go either way but one woman’s surreal experience might have just won the award for ‘worst first date ever.’

Over on TikTok, a woman named Elyse Myers has gone viral after she shared her worst first date experience which involved her paying for 100 tacos and fearing for her life.

In her video, which has already been viewed more than 12 million times, Myers, who is now married, explained that when she was using dating apps she received an unsolicited message from a man who said: “I like your face, let’s go get some food. I will drive us to the restaurant together.”

Not wishing to turn down a meal Myers agreed but should have spotted the red flags immediately as he asked her to drive to his house for him to then drive them to the restaurant. Why would they just meet at the restaurant?

Anyway, she continues: “I drove 45 minutes to his house. He’s standing outside of that. He walks up to my car and he goes, ‘I’ve lost my keys. Can you drive us there?’ Should I have just left him right there and gone home? Yes. Did I? Absolutely not.”

So far, so weird. Could it get worse? You betcha.

The restaurant they were going to was just a Taco Bell and they weren’t even eating in just grabbing a drive-thru. Things became almost Lynchian when Myers revealed: “We get to the speaker and he just leans over and goes, ‘I would like 100 hardshell tacos. Thank you.”

100 tacos is a lot and aren’t cheap either but wouldn’t you know it, the guy has forgotten his wallet so Myers has to pay for all 100 tacos, which she said in a separate video cost her $149.

The story isn’t finished there because when they got back to his house she discovered that he still lived with his Dad, which at this stage was probably the least strange thing that had happened.

Myers continues: “We walk past his dad and into the kitchen, and he just starts emptying the boxes of tacos, just releasing them onto the table. Puts two chairs at the table sits down and he just screams at the top of his lungs, ‘Let’s feast!”

She then explains that they started eating the tacos together in silence, describing it as “absolute chaos” as you could hear both of them chewing. Then the guy’s dad walks in and grabs a taco for himself. “He’s eating over us, just standing, doesn’t sit, stands right next to the table, crunches mouthfuls,” Myers explains.

Then his father says: “He just looks at me and he goes, ‘Do you want to see my studio?”

At this point, Myers thought it was best that she bounced “or else I was going to be killed, 100 per cent.”

“I walk out with boxes of tacos in my purse, I look back and was, like. ‘Thank you for this experience. You will never hear from me again.”

Myers completely bonkers story has seen her flood with questions which she has attempted to clear up in two follow-up videos.

And there you go. We’re not sure anyone is ever going to top this as a worst first date story.