Woman raped over 1,000 times by foster dad was 'blamed' for 'pushing his buttons' as she calls for Tusla to be axed

A brave survivor raped more than 1,000 times by her twisted foster father has hit out at Tusla and called for the child protection agency to be shut down.

Kelly Kemmy, 24, waived her right to anonymity to name and shame evil predator Stephen Murray who was jailed for 11 years on Friday.

The sicko, 56, was convicted at the Central Criminal Court of raping her while in the care of the State.

READ MORE: Irish foster father who raped daughter over 1,000 times named as he is jailed for 11 years

Speaking exclusively to the Irish Sunday Mirror, Kelly said: “The Child and Family Agency, Tusla, needs to be shut down and investigated.”

Murray, from Humphreystown, Valleymount in Co Wicklow, pleaded guilty to 14 charges of rape, two of oral rape and one of sexual assault.

The offences occurred between February 2009 and December 2015 – with Murray raping Kelly four or five times a week for more than six years.

She said she never would have experienced those years of “horror” in the care of the State had Tusla protected her.

The young mother-of-one said no one in the Child and Family Agency has contacted her to apologise for their alleged failures.

Kelly told the Irish Sunday Mirror: “Tusla needs to be shut down.

“They never listened to me and my siblings.

“We told them what Stephen was like, he was an abusive alcoholic, but he always had the final say with social workers.

“The turnover of social workers was terrible, we had loads and loads of them, I couldn’t tell you how many. There was no continuity.

“It was just hassle for them to find us a new family so they left us there.

“We were blamed for Stephen’s behaviour and we were accused of pushing his buttons.

“There is no voice of the child in this country, and we were not put first, he was.”

Murray’s horrific catalogue of sex crimes was described by prosecutor Anne Roland as in the “exceptional category given the extreme vulnerability of the victim”.

She told Mr Justice Paul McDermott on the basis of the abuse of trust and “frequency of offending” the case merited a sentence of 15 years to life imprisonment. Kelly added: “They tell you it’s about children in this country, it is not.

“Tusla destroyed my life, they upended it, there is anger there, yes, and I want the Minister for Children to know that.

“They [Tusla] need to be fully investigated and pulled apart, they are answerable to no one and have too much power.”

Kelly, who was taken into the care of the State at the age of four, was moved with her brother and sister into Stephen Murray’s home a year later.

He began touching her when she was 11 and within a week he was raping her. She said: “I didn’t know whether it was right or wrong, I had no clue.

“When I started sex education in school, that’s when I knew it was wrong.

“But I said nothing. I was afraid me and my younger sister and brother would be separated. He would say it was our secret.

“We had to walk on eggshells around him [Stephen] he was so manipulative and abusive.

“When social workers came, all they did was box tick.

“They repeatedly gave us stupid review forms to fill out like were babies, try doing that at 16.

“They just write down what you say, they don’t actually investigate foster families.”

Kelly claims she told social workers repeatedly about the problems with her foster father, but alleges no action was taken.

She added: “Stephen was a physical, mental and emotional abuser, and Tusla knew this.

“We made a number of reports of his drinking, his anger issues how he would treat us like s**t.

“There was a lot of manipulation going on in the house. I told social workers over and over about the problems with him, but we got the blame for his short fuse. “

Kelly said she remembers the first time Murray began abusing her as a child.

She said: “He would say to me, ‘Will you be my blanket, would you lie on top on me and be my blanket?’ It went from there.

“He raped me when my brother and sister were in the room, but thankfully they didn’t know.

“They had no children themselves, it was just us three and them.

“We just packed a bag and left the three of us and went to a Garda station and never returned. A week later she had our stuff packed and sent to us. We have no relationship with her.

“Everything was about him, and he ruled the house.”

With her case making national headlines, Kelly said wanted to highlight he rights of birth fathers as the State is “too quick to give birth mothers full rights”.

She said: “I am working on my relationship with my mother, it has been good in recent years. My father did not want us in care.

“We have letters he wrote to Tusla asking would the three of us be taught age appropriate personal protection skills.

“They reassured him we would be taught those skills and we were not.

“They told him he had no rights to us, which is wrong. Why does a mother have more rights?

“It should be equal rights. My father did all he could.

“He wasn’t married to my mother so they ignored him.

“That’s wrong and the law needs to change.”

Kelly heaped praised on the gardai in Blessington for their investigation saying they were “absolutely brilliant”.

She said: “I can’t fault them, they were so good to us.

“I feel stronger for speaking out.

“I just need children in the care of the State to see me and know that you can speak out.

“The foster care system is broken, they don’t care about foster children and I want children in care to know if I can do it, anyone can.

“I never want this to happen again.

A spokesperson for Tusla said last night: “We have, are, and intend to continue to support Kelly and engage with her privately in whatever way she will find most helpful.” 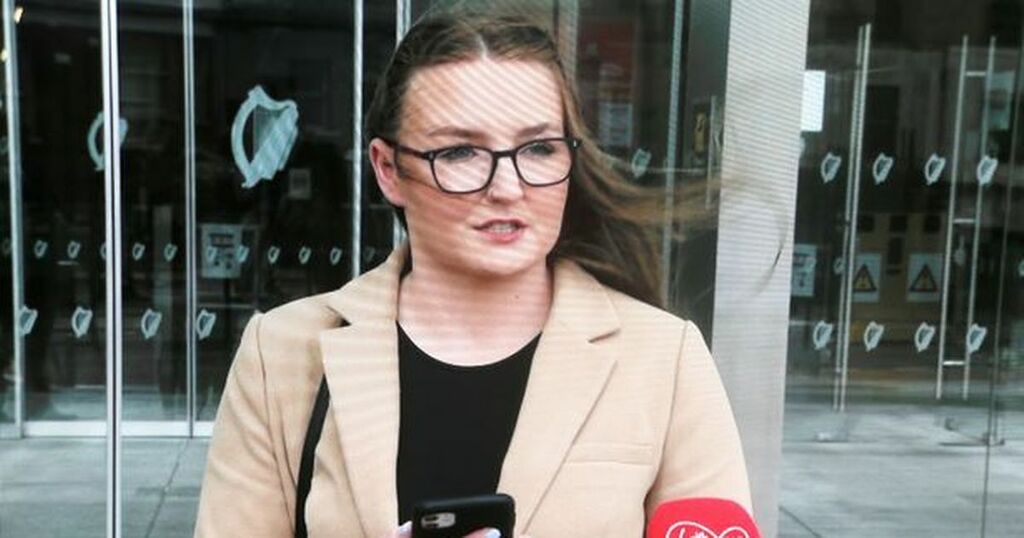 Woman raped over 1,000 times by foster dad calls for Tusla to be shut down
Brave Kelly Kemmy waived her right to anonymity to name and shame evil predator Stephen Murray

Dublin Live
From analysis to the latest developments in health, read the most diverse news in one place.
Woman raped over 1,000 times by foster dad rejects Tusla apology saying it 'fixes nothing'