Woman punched 11 times before man 'smashed' her head against kerb 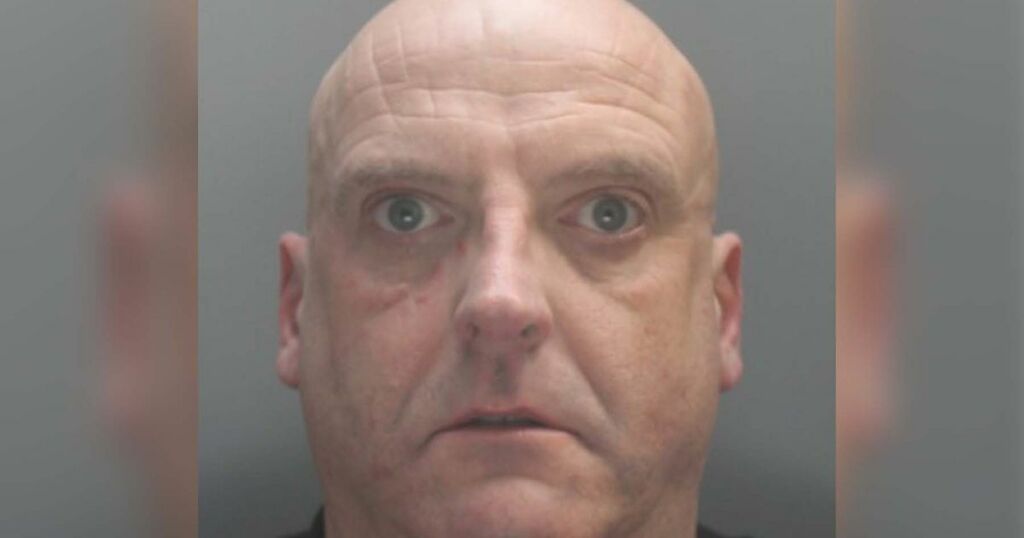 A man knocked a woman to the ground and punched her 11 times before grabbing her head and hitting it against a kerb.

Michael Fearnley blamed his shocking violence on the effect of drinking up to 10 pints while on a high dose of medication.

Liverpool Crown Court today heard the 51-year-old had never been in trouble before the totally "out of character" attack.

READ MORE: Man admits to killing Duncan Browne who died after night out

But he left victim Deborah Knapper - who has since quit her job because of anxiety - with fractures to her nose and face.

Fearnley, of Maiden Close, Skelmersdale, was found guilty of causing grievous bodily harm with intent after a trial in July.

Ms Knapper went out with her partner Mark Wilcock for a few drinks in St Helens on March 22, 2019.

Fearnley, who had been drinking at a Wetherspoon pub in the town, encountered the couple at a taxi rank in Waterloo Street.

John Wyn Williams, prosecuting, today said dashcam footage showed how Fearnley when "in drink and on medication" attacked Ms Knapper by "punching her maybe 11 times and then hitting and smashing her head against the pavement".

Judge Denis Watson, QC, told Fearnley: "The evidence revealed that you made an offensive remark to Mr Wilcock and as she, Deborah Knapper, feared this aggression would turn to violence, she stood in between the two of you."

The judge said Ms Knapper was right to be apprehensive, "but no one was to realise what an attack you would launch upon her".

He said: "You struck her as she lay on the ground 11 times and then, at the end of that, picked her head up and moved it - it would be perhaps overstating it to say smashed it against the kerb - but you forcibly hit her head back against the kerb."

Footage showed Mr Wilcock trying to stop Fearnley from attacking his partner and laying over her to protect her.

Judge Watson said the victim suffered "complex" fractures of nasal bones and multiple fractures of facial bones, along with bruising and swelling to the base of her scalp.

He said: "She has had to resign from work. She has an alarm to go out in public."

Andrew Jebb, defending, said Fearnley knew he faced jail, which as a man who had never been in trouble previously "is going to come as a huge shock".

He said the attack was "completely out of character" and many references painted "a completely different picture" of his client.

Mr Jebb said Fearnley had a job that gave him "a great deal of pride" when he worked with adults with brain injuries, helping them to learn new skills.

He said: "The irony is not lost I suspect on anybody when one watches that CCTV of Mr Fearnley behaving in the way that he did."

The lawyer said Fearnley always accepted responsibility for the attack, but had denied the intent to cause grievous bodily harm.

He said Fearnley knew he shouldn't be drinking when taking medication, but had never had an "adverse reaction" to this before, and had recently been put on a strong course of steroids, which "must have reacted badly with the alcohol" and was the "trigger" for the attack.

Mr Jebb said: "He has struggled to come to terms with what he did. He had to have it explained to him the morning afterwards by the police.

"He still has no memory of it."

Mr Jebb said his client no longer drank, didn't socialise and had become "something of a recluse".

The barrister said Fearnley had to take nearly 40 different tablets a day for physical difficulties and a psychiatric report found he suffered from dysthymia - chronic depression.

He said a psychiatrist found that at the time of the attack, the recent diagnosis of two major illnesses with a poor prognosis, combined with the high dose of steroids and alcohol, was a "potent mix" that led to him behaving in an unusual way.

Mr Jebb said his client was said to have a low risk of reconviction, adding: "Mr Fearnley is thoroughly ashamed, he's embarrassed, he's genuinely full of remorse for what he did."

Judge Watson said Fearnley had "taken quite a lot of drink on any view" and in a police interview said he'd drunk "eight to 10 pints and also some spirits".

He said: "You knew you ought not to have been drinking with your medication."

The judge said he regarded Fearnley as someone of previous "positive good character" and accepted it was "out of character".

He said Fearnley's poor health included cardiovascular issues and diabetes, but prior to that he had a good work record.

Judge Watson said: "The help you had given others during the course of that is something you're entitled to rely on."

He said Fearnley's family including his wife were supportive of him and the report said he suffered from "chronic depression".

The judge said at the time of the attack contributory factors included "the stress of your deteriorating health", the medication he had taken and "crucially and unhappily the amount of alcohol you had taken".

He jailed Fearnley for four years, who turned to a woman sitting crying next to a man in the public gallery, and gave them both a thumbs up and a salute.