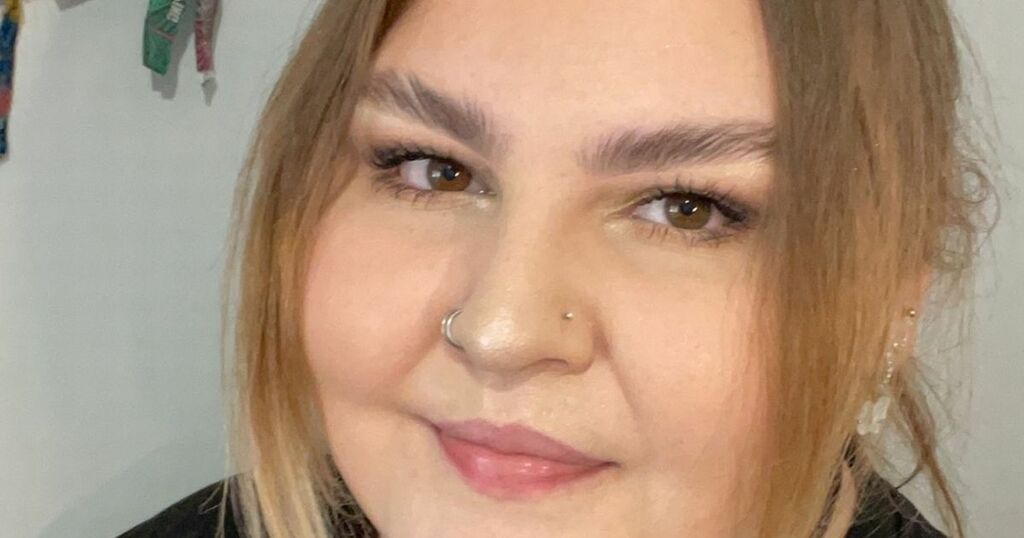 A carer who almost lost her hand to a false widow spider bite while she was in bed has been left so terrified she sleeps on the living room sofa.

However, days later, her right hand swelled "like a boxing glove".

It started to throb and a £2 coin-sized black spot erupted underneath the knuckle on her middle finger.

Morgan's GP told her to go to A&E where worried docs hooked her up to an IV drip and monitored the festering wound closely.

After being pumped full of antibiotics, she remained in hospital for five days and underwent two operations to scoop out the infected tissue.

Morgan, who still fears she may get attacked again, is urging anyone who gets bit by a spider to seek medical attention as soon as possible.

Doctors told Morgan she could have died if she had not been treated in time.

Morgan, from Oxfordshire, said: "I'm OK with gory stuff but when they took the dressing off and I saw it I felt sick to my stomach.

"It was hard to imagine that was on and inside me. At its biggest, my hand was like a boxing glove. It was completely puffed up and I couldn't straighten my fingers because of all of the swelling.

"The relief of having everything bad taken out was less painful than while all the infection and pressure was building up.

"Once it had been cut open and the pressure was released it wasn't too bad, but I was on strong painkillers.

"Luckily they were able to [operate] without needing a skin graft.

"I've always been a bit nervous of spiders anyway but it's a proper fear now that it could happen again.

"I think I was bitten while I was asleep because when I came home from the hospital there was a spider under my windowsill that looked a bit aggressive.

"I'm convinced that was the one that had me - it had the skull-type shape on its back.

"Even now if I see the tiniest spider it has to be gone before I can get into bed.

"If I see one that I've lost in my room I'll come down and sleep on the sofa because it's just too scary to sleep in there."

Morgan woke up one morning in April 2019 with an itchy hand, initially thinking the pinhead-sized lump was a regular bug bite and popped a couple of antihistamines.

Over the next two days, the lump ballooned and turned black in the centre.

When she initially went to the pharmacy she was told to go to A&E but left it until the next day because she had a concert that night.

At the concert Morgan's hand continued to swell, she suffered an intense burning and throbbing pain and booked a GP appointment for the following day.

The doctor referred her to John Radcliffe Hospital in Oxford and there they hooked her up to an antibiotic IV drip, soaked her hand in iodine baths and eventually performed surgery to scoop out the infected tissue.

After five days in the hospital, she was discharged and changed the bandages daily until the wound healed.

Morgan said: "The doctor said it was full of infection and that if I'd left it much longer I could have possibly lost my hand, got sepsis or worst-case scenario - I could have lost my life."

Morgan is now urging anyone who gets bitten to get wounds checked out sooner rather than later.

Morgan said: "It took a very long time to heal. I went back to work after five weeks but there was still a small wound there.

"I have a constant numbness like pins and needles and when it's cold I get a dull pain there.

"If I knock it on something it hurts more than if I were to knock my other hand on something.

"I definitely wish I'd got it checked out sooner rather than later, it might not have been so serious."

Morgan now checks her bed every night before she climbs between the sheets and if she can't locate a spider she's spotted she sleeps on the sofa.

Morgan said: "I check the bedding before I get into bed now. Every time I walk into the room I check the corners for anything.

"Some nights I can't sleep in there so I go into the living room and sleep on the sofa.

"It's usually because I've seen a spider, tried to get it but it's fallen and I can't find it.

"My advice to anyone who is bitten is to get it checked because the pain is unreal, and unbearable.

"It's just not worth having the surgery, the pain and a constant numbness."