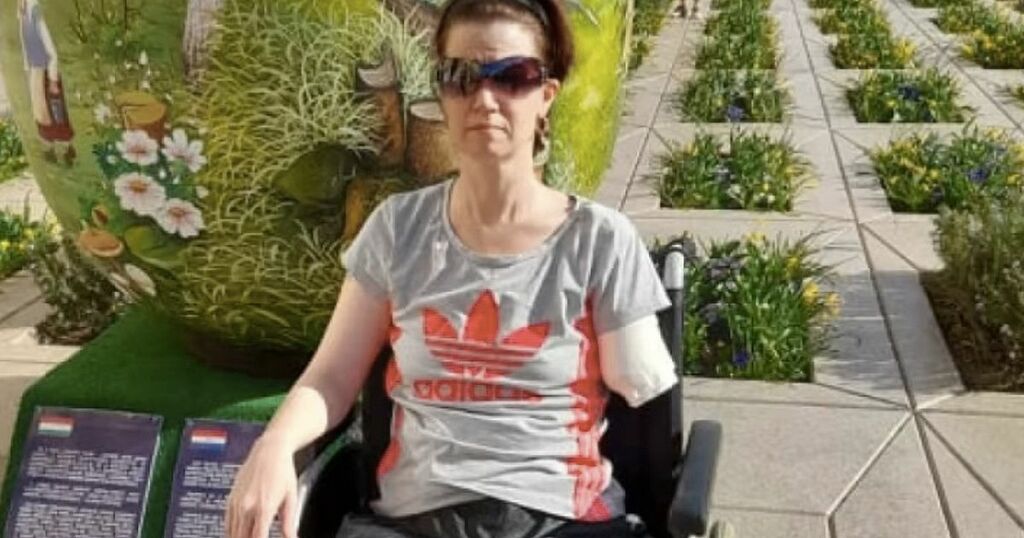 A woman has told how she lost an arm and two legs in less than two weeks after only going into hospital with stomach ache.

Monika Tothne Kaponya never imagined what was in store after calling an ambulance due to strong pains in her abdomen last January.

The 39-year-old from Pecs, in Hungary, was examined at hospital by doctors who found she had a perforated stomach that would need an immediate operation.

A ruptured stomach can lead to various serious conditions including sepsis that can in turn result in a person losing limbs through the infection.

But Monika told the Pecs Aktual website that it was not sepsis that doctors found but in fact “vascular occlusion in all her limbs”.

This is a condition where blood vessels are blocked and can be down to different reasons.

"This vascular occlusion could still be operated on, but after the examinations I got worse and worse news," she said.

Doctors had been unable to repair the veins and so had to amputate the limbs. It meant that in three months she had to undergo 16 operations.

Monika’s mum Margit recalled how her daughter phoned her from hospital after hearing the news, pleading: “Mum, this cannot happen, right?”

Over what caused the perforated stomach it is not clear whether it was a genetic problem diagnosed by doctors that increased the chances.

Monika feels that an “insignificant” foot injury that she had two years ago and became ulcerated could be behind what has happened.

Monika said that her mum Margit and her husband Peter have been looking after her since she returned from hospital.

She admitted that the situation left her shocked and she was unable to go outside for several weeks.