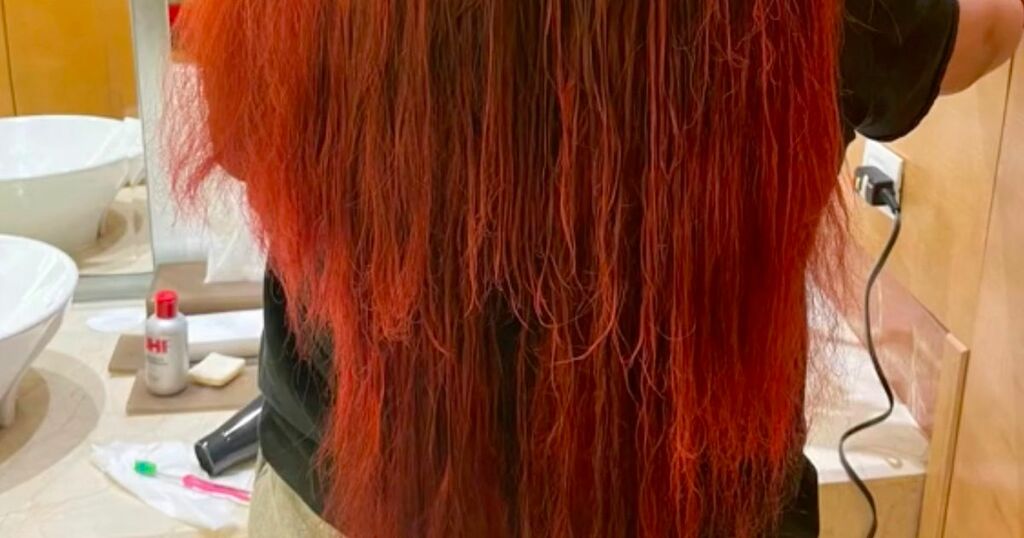 A woman whose hair was ‘ruined’ after a trip to the salon was stunned when her stylist blamed her damaged locks on climate change.

Jackie Robles had visited the hairdressers to dye her light brown hair bright red as a treat.

When she left she was delighted with the bright result and showed off her new look on her social media sites.

But her joy turned to horror the next day when she washed it and said her tresses became so brittle it snapped in half as she touched it, reported the Daily Star.

When she contacted her beautician she was told a possible cause of her ruined look was climate change.

Jackie said: "I was told it was probably the climate change that did it or if I got in the ocean, but I made sure I didn't get in the water because I had just dyed it.

“When I came back I dyed it back to black and I had to cut my hair super short.

"My hair is still healing but it still feels very unhealthy at the ends.”

Posting her experience on TikTok Jackie, from California, wrote: “ "Little did I know this would be one of my worst days. It was a day before my Tulum trip.

"I had someone dye my hair red, everything felt fine until I washed it the next day and it looked like this."

She said it was unexpected as her stylist had previously done a ‘great job” on other visits.

In desperation she asked some of her followers for advice, asking: “Any suggestions on how to get my hair healthy again?"

A hairstylist left a comment and suggested Jackie to use castor oil and Venanoci hair oil to keep her scalp and hair healthy.

Most people on her social channels disagreed with the hairdresser and said it was ‘definitely’ her fault.

One said: "She literally chopped your hair without you knowing and probably had high developer in your hair too."

Another wrote: "Your hair was already very damaged in the first picture but it was her fault for not telling you that and continuing to damage it more."

Many people agreed the damage to her hair was not caused by climate change.