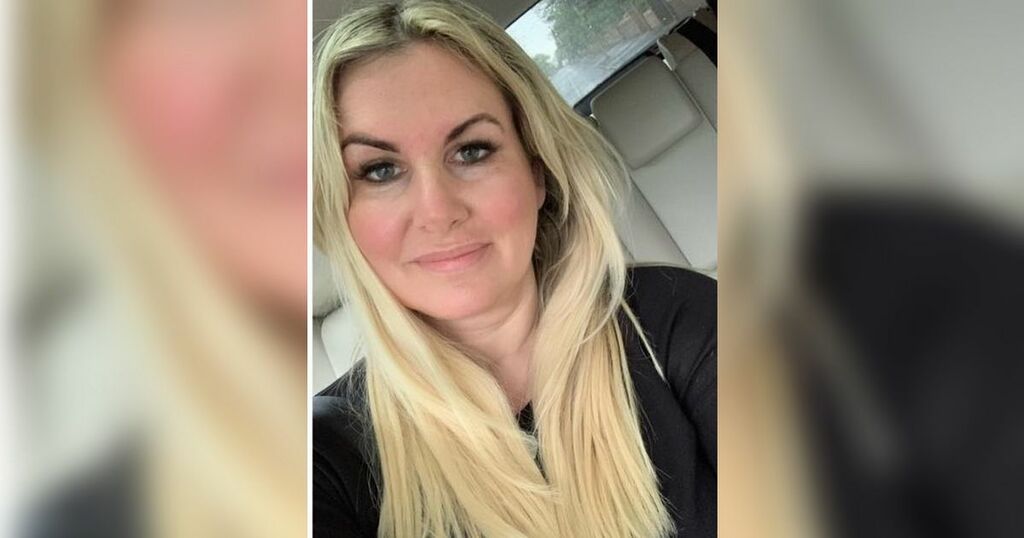 An elderly Liverpool FC fan died in hospital moments after singing You'll Never Walk Alone and sharing fond memories of her beloved club with another patient.

The other patient, who was put in the next bed to 88-year-old Shelia, was Claire Kelly who has taken to Facebook to share the touching story.

Claire, a mum-of-five, was in Southport Hospital for a minor operation and bonded with Shelia over Liverpool Football Club.

"She's in all pink colours - pink fleecy dressing gown and undergarments. The nurse asks, 'Is your favourite colour pink?' She says 'ooh no it’s red!'.

"She’s sat up eating, and she’s telling me she has a LFC season ticket and tries to go to as many matches as she can!

"She's not been able to go since Covid but will start again soon. [She] starts planning her route out loud saying she will go by herself.

"She says she started going years ago, as a young mum, when ‘Bob Paisley’ knocked on her door, as she lived near Anfield, and he asked her if the family wanted some free tickets to watch Liverpool play!

"However, the youngest son, Mark (a little boy then) hadn’t started supporting a team yet so she went alone but took him with her!

"Well, she said, that started a life-long following of LFC with her and her son, Mark. I interjected, “Can you not go with Mark still?” She explains he tragically died at 45 but she continued to go these last 20 years by herself."

Claire, founder of Southport Piano Academy, couldn't believe all that she had found out and before she knew it she was singing You'll Never Walk Alone with 88-year-old Sheila on the ward.

Sheila turned to Claire and started complaining of chest pain shortly after. Thanks to Claire alerting nurses, they quickly ran over and helped.

Sheila took her last breath and died in hospital that evening.

Claire said: "I told her the names I could remember of LFC players from the 1980’s and her face lit up, Graham Souness, Phil Neal, Alan Hansen, Bruce Grobblar - I said I had learnt those names off a poster in my brother’s bedroom as a child.

"I had been to a match once and found the atmosphere electrifying, and I started singing You’ll Never Walk Alone to which she joined in and we both sang it word for word, to the end, out loud in the ward.

"I asked her if she would like to see my video of Kenny Dalgleish, her response: 'ooh yes please!'.

"She was clearly very happy holding my phone and watching it saying 'oh how wonderful!' She said she had really enjoyed talking and then had a little rest.

"Half an hour later she struggled to breathe and asked me to help her, I alerted the nurses who got the doctors and I was sat holding her hand and mopping her brow with a cold paper towel.

"Family not allowed to visit with Covid restrictions. The doctors came then and I had to leave her bedside, reluctantly, to mine- next to hers- but heard through the curtain what was happening .

"I said a prayer for her but sadly she passed away in those moments that followed .

"I shall never forget this beautiful, lovely lady and I hope she is at peace. I’m feeling honoured to have had this conversation with her.

"Her son, and Mark’s daughter (it turned out), arrived soon after to say their goodbyes and I was able to tell them about our conversation and song."

The video Claire showed Sheila was one that was sent to her dad who had been in hospital six months ago after being diagnosed with cancer.

The video was recorded when Claire bumped in to Sir Kenny Dalgleish in Spar in Birkdale, where he wished him luck.

He said: "Hi Richard, it's Kenny Dalgleish here. Sorry to hear you're in hospital but keep your spirits up. With a wee bit of determination and I'm sure you're being looked after proudly, you'll be out shortly. All the very best and good luck. By the way, keep your fingers crossed for tonight."

Claire couldn't help but feel as though she had "been put there in a way" with how special it was.

She told the ECHO : "It's really lovely. I felt as though I must have been put there in a way the way it happened. I had no idea that was going to happen because she seemed really well in the afternoon.

She was sitting up, chatting and loving the conversation. She was a massive lovely Liverpool fan and her story really touched me because she had been going to Anfield on her own for 20 years since the death of her son.

"It was nice that she spoke about him in her last conversation and I did mention that to the family.

"After she died they were allowed to have someone come in and say their goodbyes so her granddaughter came in. When I mentioned to her that Sheila had spoken about her son that had passed away, she said 'that was my dad'.

"She was only in her early 20s so it gave her some comfort knowing that her dad had been talked about in her last conversation."