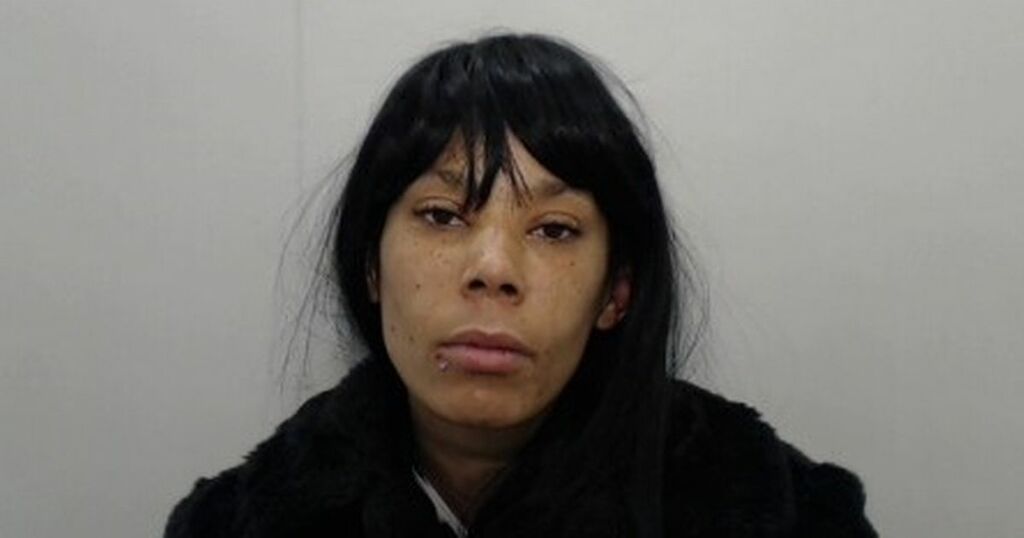 'I'll go down for murder for her': Woman brutally attacked pal with meat cleaver - over £20
Zara Robertson has been jailed for almost six years

Prosecutors said that in a 'fit of temper' Ali Zain killed little Aiman, who died from asphyxia, and then repeatedly…

A mum repeatedly whacked her pal with a meat cleaver in a row over £20, a court heard.

Zara Roberston, 36, hit her friend over the head multiple times and afterwards said: "I'll go down for murder for her, I'll kill her."

The friends, who lived on the same street in Manchester, has been drinking before the terrifying attack.

Roberston agreed to lend her friend £20 in March last year.

Roberston then left to see a relative before coming back home at roughly 9pm, the Manchester Evening News reports.

She became "agitated" and demanded the £20 back, calling a taxi to take them to a nearby cashpoint, Manchester Crown Court heard.

The friend refused to get in and as she walked back to her home, Robertson tried to force her into the car, prosecutor Daniel Lister said.

The friend was then hit four or five times in the head with a meat cleaver.

Robertson said after the attack: "Get my money."

She followed the woman, who was able to push Robertson away. As she left the scene, Robertson said: "I'll go down for murder for her, I'll kill her."

Robertson was arrested shortly after.

She racially abused a nurse in a police station, calling her 'white trash'. As the nurse tried to help her, Robertson added: "You pigs have caused this, you're part of the problem."

The court heard how the victim was 'fortunate' to not be more seriously hurt. She suffered three wounds to her head which need stitches, as well as a mark on her neck.

Months later she continues to suffer from migraines, panic attacks and blurred vision.

She said: "There are some days I struggle to get out of bed and feel like I am unable to do anything."

Robertson was said to be "ashamed" of her actions.

The court heard how she had previous convictions, which Roberston's lawyer said stems from problems with drink and drugs.

Defending, Alexandra Sutton added: "The challenge for her will be translating the positive steps she has made in a custodial setting into the community, that won't be easy for her and she knows that."

Judge Nicholas Dean QC accepted that Robertson was remorseful for her behaviour.

He said: "You are fortunate you didn't cause more underlying harm by way of a fractured skull or something of that sort."

Robertson pleaded guilty to wounding with intent and racially aggravated harassment. She was sentenced to five years and 10 months in prison.

Manchester Crown CourtManchesterPrison
Sign up to read this article

'I'll go down for murder for her': Woman brutally attacked pal with meat cleaver - over £20
Zara Robertson has been jailed for almost six years

Prosecutors said that in a 'fit of temper' Ali Zain killed little Aiman, who died from asphyxia, and then repeatedly…