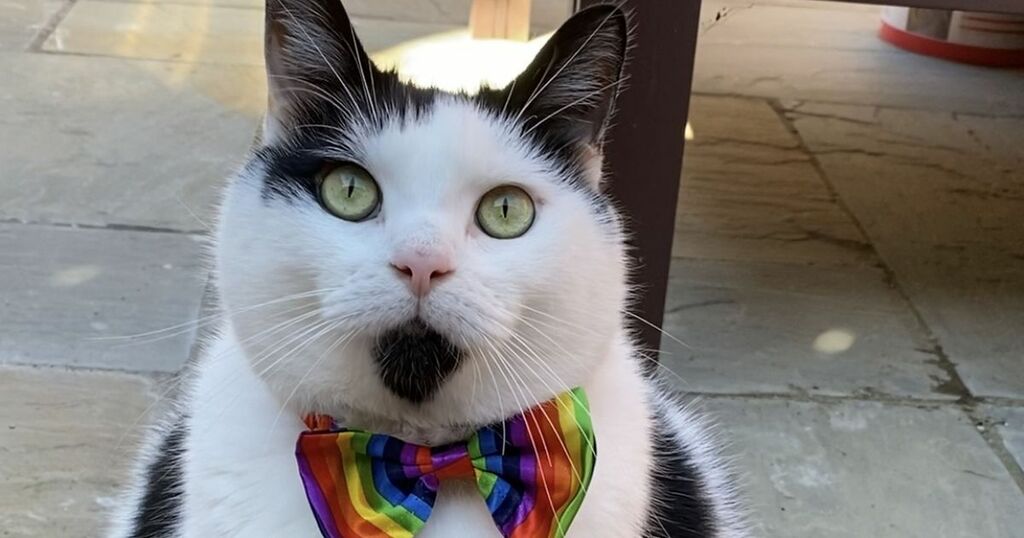 Going on a diet is never easy – and it’s probably even harder when you’re a cat.

That’s why one woman has been forced to go to extreme lengths to make sure her obese feline stops snacking in between mealtimes, as she’s trying to bring the cat down to a healthy weight.

Sara Matthews, 47, adopted her rescue cat Keith for her daughter Charlie’s 10 th birthday – and although she knew the 24lb moggy would be a challenge, she never envisioned just how difficult it would be to get Keith to stop snacking.

Despite all Sara's efforts, multiple different diets and repeat vet tests, Keith still weighs nearly two stone and is the weight of a medium-sized dog.

The woman has forked out £2,500 in 2020 alone, and has even resorted to putting childproof locks on her fridge and cupboards to make sure Keith doesn’t steal food.

Sara, from Bristol, said: "We've had child locks on the fridge ever since we got Keith.

"At first he would clamber in when you opened the fridge and I was just so worried he'd get trapped without us noticing.

"As it's gone on, we've had to put more and more locks on every cupboard with food in. It doesn't matter whether it's a circular knob handle or a pulley, he will find a way in.

"One of the last cupboards I Keith-proofed had a heavy bag of litter in front of it. He managed to move this bag out of the way and got into his bags of food.

"I've now had to put all of his rations in plastic tubs with click down lids. We've tried puzzle feeders to slow him down but he's just tipped them over."

The woman explained Keith began putting on weight quickly when she first brought him home, and eventually she had to make him an indoor cat because other people would over-feed him.

And to try and find an answer for Keith’s medical issues, Sara has spent upwards of £2000.

She added: "We've spent tens of thousands of pounds on him over the years. He was on so much medication in his first year trying to sort problems with his eyes and ears as a kitten.

"At one point we had food specially made for him as he had a urinary problem and the usual food for that is so high in calories I couldn't risk him eating it.

"Because of his size, there is also a concern he might not wake up from any anaesthetic he has.

"Even if they told us there was something wrong with his brain, there would be no treatment for it.

"It's a vicious circle with him. When he is on antibiotics it causes him further stomach problems so he has to have food with an appetite stimulant to make him want to eat, which exacerbates the weight issues."

And although many people love the tubby cat, Sara also receives “abuse” from people who assume she isn’t looking after him properly.

She said: "We do get abuse online and if I'd seen a cat his size years ago I would have thought we weren't looking after him or overfeeding him.

"That's just not the case with Keith. I've had cats for 30 years but I've never had one that's been this overweight. We don't know what else to do.

"When we used to take him to the vets to get him weighed, I'd cry because we were doing everything and he was just getting heavier.

"We took him to a vet nutritionist and she told us we'd done everything we could."

Despite being more than two times heavier than a regular adult cat, Keith is very happy.

Sara said: "He's a really happy cat though. I don't think he sees his weight as an issue. He pretty much lives a normal cat life. Keith is a lot more energetic than my other two cats.

“It'd be amazing to get him down to 7kg, but at nine years old it would be good to get any weight off him.

"Currently he doesn't have any medical issues due to his size but we're worried about what might happen in the future. We don’t want him to develop diabetes or anything like that."