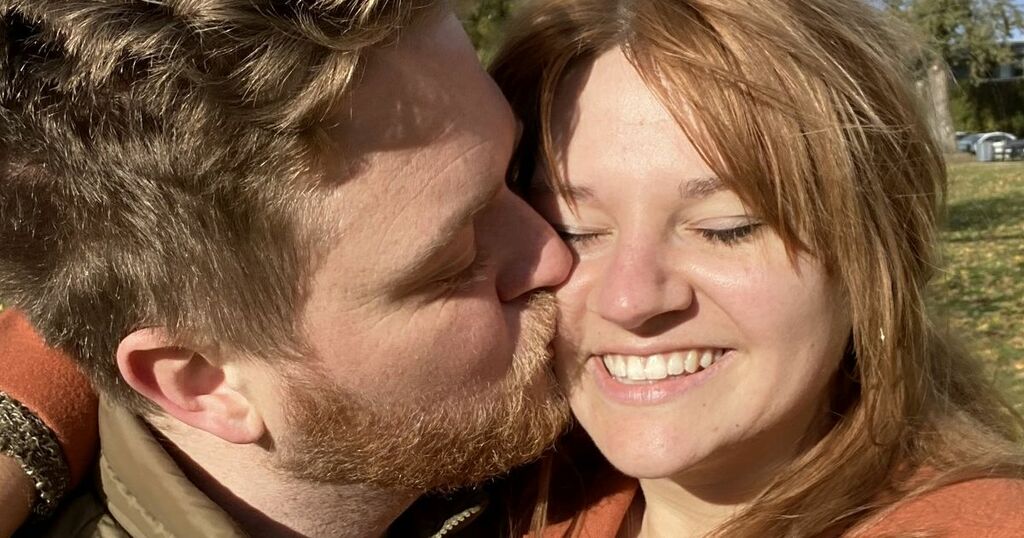 A singleton found love with her new boyfriend after he sent her a survey to fill in before their first date, asking a series of questions such as what scale of 'fancy schmanciness' she'd like.

Katrina Froese first met her date Graham McCarthy, 29, through a mutual friend earlier this year but it wasn't until she visited Vancouver for Thanksgiving that he asked her out last month.

The 26-year-old, who had only dated one person before she met the street ministry worker claims she was pleasantly surprised by his 'sweet' gesture when he sent her a link to a Google Form for her to fill in.

The bizarre questionnaire read: "You have agreed to go on a date with Graham McCarthy. Congratulations! He promises a good time with your preferences in mind."

A string of multiple-choice questions followed, including asking her preference for the amount of 'fancy-schmanciness', with options ranging from 'basically pyjamas' to 'dress and suit and tie'.

It also asked Katrina to gauge her 'excitement level' between a ranking of 'I don't even want to be there' up to 'excited for the best day of my life'.

In an attempt at landing a second date, Graham then sent her an 'exit interview' asking her to 'rate his performance' and list any feelings experienced on the date - with options including nausea, butterflies, tinnitus, heartburn and exhilaration.

In her clip posted to TikTok, youth pastor Katrina has attracted more than 5.5million views and 881,000 likes from viewers - who seemed impressed with Graham’s unique wooing technique.

Katrina, from British Columbia, Canada, said she thought the move was “really charming”

She continued to say it was just the “kind of thing” that Graham did.

"It's just so true to who Graham is - a genuinely hilarious, charming and thoughtful guy,” she said.

"We have been friends since January. We had a couple of friends try and set us up but we both weren't really into it.

"We kept in contact. I actually moved during that time and he kept checking in on me as he knew I didn't have any friends yet. He was very sweet.

"When I was coming up for a visit for Thanksgiving in Canada, I asked if he wanted to hang out when I was in town and he asked if it could be a date instead.”

Katrina said she was “kind of surprised” but also “somewhat saw it coming”.

When she agreed to the date, he said “great, I'm going to send you a Google form,” she recalled.

"I thought he was joking at first but then he sent me the link. I realised he was serious."

As Katrina scrolled through the form, she claims she found it 'hilarious' and enjoyed the idea that she could even get her date to wear his pyjamas if she selected the option.

Katrina said: "It was really sweet. I haven't had anything like this before. I'd only dated one person before him and this was very new for me. I'm into musical theatre and I mentioned I wanted to see the film, so he asked if he could see it with me.

"I really loved all the different options he gave me, even though we'd already discussed going to see Dear Evan Hansen before so I just picked that.

"The 'ice skating - handholding optional' was so funny and the 'scale of fancy schmanciness' was humorous as well.”

While the move worked for her, she noted that “not every girl would be as into it”.

“We were friends first so he knew what I might like to do, that's part of it. He put a lot of thought into it and he was specifically asking questions and trying to customise it as much as possible for me."

Graham claims the idea stemmed from him forgetting whether Katrina was either gluten free or dairy free and wanting to find out, which prompted him to get creative.

Graham said: "When I have been in the dating world, I often try to add a creative twist.

"Dating isn't always much fun and I think that the other person I'm on a date with deserves some level of creative effort. I thought Katrina deserved the attention and effort that the humour of the form added.

"Now we're being creative with distance date nights and visiting each other when we can. It's going very well, and I am a very happy man."

After a string of successful dates, the pair have since agreed to make it official and have been in a relationship for six weeks, committing to a long-distance relationship while they live more than three hours apart.

Katrina said: "It worked. We're together now. It's a long-distance relationship but we're making it work. We're both really happy and really like each other.

"We're putting in the work. He's come up to visit me once and he's coming to visit me again in December. I've been to him once too so it's working.

"When I posted the video originally, my TikTok content has been mostly about me being a single person. I thought posting it would be a fun surprise for my followers but I didn't expect it to get anywhere near as much response as it did.”

On TikTok, Katrina's followers commented that Graham 'had game' and one user even joked he'd likely propose using a Google Form in the future.

Nick Bostic said: "He's going to propose to you in a Google Form. Yes or no?"

Another user, Ego, said: "I'm losing my mind. This is simultaneously the funniest and most romantic thing I've ever seen."

SOME OF PRE-DATE SURVEY QUESTIONS:

- Graham is a man with no car. Could you drive?

- On a scale of one to five, what is your preference in terms of fancy-schmanciness? Basically pyjamas Activewear Everyday casual Business casual, like a realtor Dress and suit and tie

- What style of date do you prefer? Dinner and a movie (Dear Evan Hansen) Dinner and Imagine Van Gogh (immersive art exhibit) Hike or outdoor option ( weather permitting) Beach day and ice cream Skating and hot chocolate (hand holding optional) Combination of any of the above

SOME OF POST-DATE SURVEY QUESTIONS:

- Describe our date as a shade of blue.

- On a scale of Awkward (1) to Charming (5), how would you rate Graham's performance?