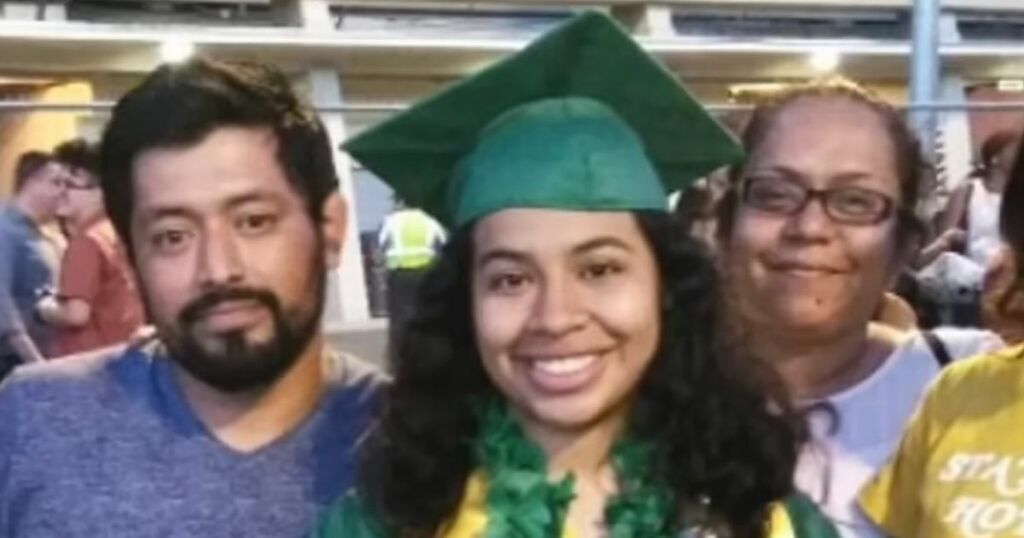 A young woman spoke of the "desperate" look in her dying mum's eyes as she cradled her after being shot in a "road rage" incident.

Tania Turcios, 21, said she has been left "traumatised" by what happened to her mother and her partner as she found them lying outside her home in California in pools of blood on Saturday night.

Tania described how she was alone at her family's apartment in Long Beach when she heard loud pops.

She just assumed the house next door was throwing a party, but two neighbours then started banging on her door, yelling for her to step out.

That's when she saw her mum-of-three Maricela Honorato, 44, and her partner Juan Guizar-Gutierrez, 39, lying on the street with gunshot wounds.

The 21-year-old spoke of the final moment she had with her mum, when she cradled her before the ambulance whisked her away.

“I told my mom I loved her,” Turcios told the Los Angeles Times on Monday morning.

“She had this gaze in her eyes, and she was desperate. She wanted to speak but couldn’t, and that was the last time I saw her before the ambulance took her away.”

“It was traumatizing,” Turcios said. “I saw Juan in a pool of blood; he looked dead, and then I ran to my mom and held her.”

Tania's mum, who brought up her kids as a single parent before meeting Juan, died later at a Long Beach hospital.

Police are still searching for a motive, but Tania's relatives heard from neighbours that the couple may have been killed following a road rage incident.

Maricela's sister Maria told KTLA-TV Channel 5 that the two had been parked "in the middle of the street because there was no parking", when the driver behind started "honking and telling them to move and whatever...

“And then it just escalated so quick.”

Long Beach police were called to a fight before the couple were shot, and found Juan on the sidewalk and Maricela in the street.

They are yet to determine how many shots were fired but grieving Tania says she heard three.