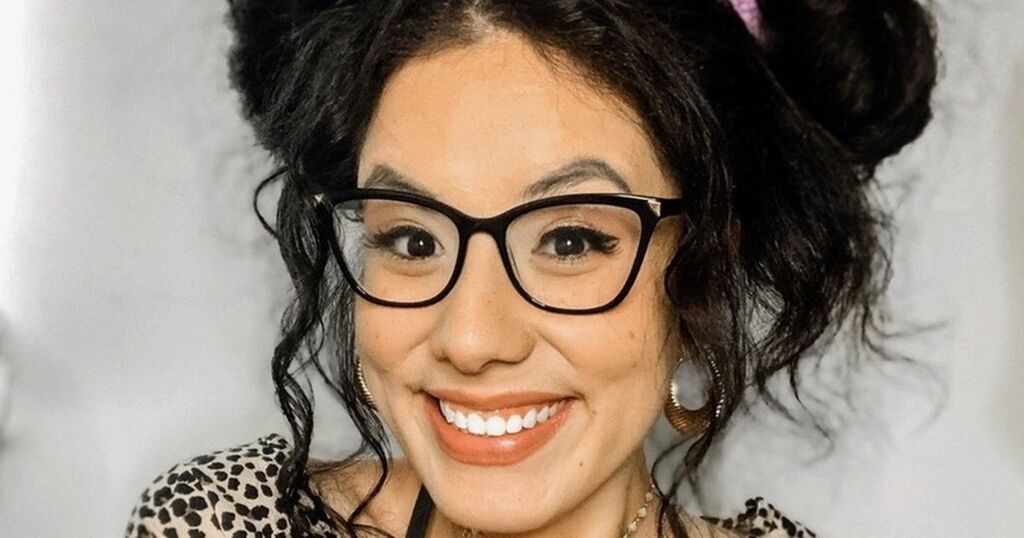 A woman was branded 'fat' by doctors until a five stone cyst was discovered.

Crystal Dominguez claims she started having irregular periods, sharp stomach pains and abdominal swelling back in late 2018 but was told by doctors that she just needed to lose weight.

Her stomach swelled so badly she looked like she was expecting triplets.

The 26-year-old said her stomach ballooned so large that people thought she was expecting and kept asking 'when are you due?', so to avoid 'uncomfortable' questions and stares she became housebound for months.

But just when the singleton had 'lost hope' of receiving help, a 'basketball-sized' cyst was eventually discovered on her ovary in October 2020, which was surgically removed shortly after.

Crystal, who works in social media marketing and is a passionate advocate for women's health care, urges other women to get their symptoms checked out and if they feel like they're not being heard - visit another doctor.

Crystal, of Murfreesboro, Tennessee, US, said: "When I got my scans they told me my cyst was the size of a basketball and a week later when I got out of surgery I'd lost 68 pounds of fluid from my stomach.

"After my surgery my surgeon came into my room and told me that I was lucky because if that cyst would have ruptured they would not have been able to save me because it was that big."

A cyst can rupture doing anything and at that time I was going to the gym twice a day.

"It was a ticking time bomb," she said. "It was crazy. I feel like that was a sign that I'm meant to be on this earth to hopefully help someone else because I could have died in so many ways and I didn't."

The college graduate said she went to the doctor when she first developed symptoms and was told that they were 'normal' due to her birth control.

Crystal said: "My periods were very irregular and always heavy.

"I had weight gain in my stomach. It would never go away and it wasn't normal fat where I'd have rolls. My stomach was very hard and smooth.

"It looked really round to the point where I looked like I was pregnant with like three babies beyond full term.

"I also had very sharp stomach pains. It wouldn't be all the time it was sometimes in my lower stomach and then it was really tight."

Crystal claims that after having her birth control removed her symptoms persisted and she returned to the doctors who advised her that just needed to lose weight.

Crystal said: "The doctors essentially said 'you're just fat'. They sent me to a nutritionist and that was it. That was basically their version of saying that I was big and that's all.

"A lot of them told me that I needed to start to work out and change my eating habits. They didn't even bother to examine my stomach.

"It was really hard and depressing. I went to doctors and they really just convinced me I was fat.

"I wouldn't leave the house because I was embarrassed. I went to the gym twice a day. I ate but didn't eat enough. I was always like 'ok, I can't eat because I'm too fat'."

Crystal said that the weight of the cyst meant that her back hurt all the time and she couldn't stand for long periods.

She said: "Everybody thought I was carrying a child so then they'd always ask me questions like 'oh my God, you're pregnant? When are you due?' and things like that which made me uncomfortable to the point I didn't leave the house for months.

Crystal said her ovarian cystadenoma diagnosis arose after she visited another doctor who could see how round her stomach was so gave her an ultrasound in October 2020.

This was followed by a scan two days later and she had surgery to remove the fluid along with one of her ovaries that had been 'crushed' by the cyst a week later.

It was then sent off to ensure it wasn't cancerous and it was discovered to be benign.

The 26-year-old said it took her three to four weeks to be able to walk again and she was fully healed after around eight weeks.

Crystal said: "Once it was removed it was super scary because the cyst pushed out all my organs and ribs so afterwards was horrible.

"I would stand up and it would feel like all of my organs were coming out of my body and it was painful because they were trying to move back in my body.

"I felt my insides move and it's just the weirdest feeling to describe.

"At first I was really embarrassed [to share experience online] because of my photos I thought I looked really fat but I have to realise that I survived this and went through this for a reason and I truly believe that my reason was to be able to help someone else.

"I'd say to other women that you know your body better than anyone else in the whole world and if you feel like something is wrong please, from the bottom of my heart, go and get checked out.

"And if a doctor doesn't listen to you, go to someone else and keep doing that until you find someone. You have to fight for yourself."