Woman, 21, says ditching teaching for OnlyFans pulled her family out of poverty 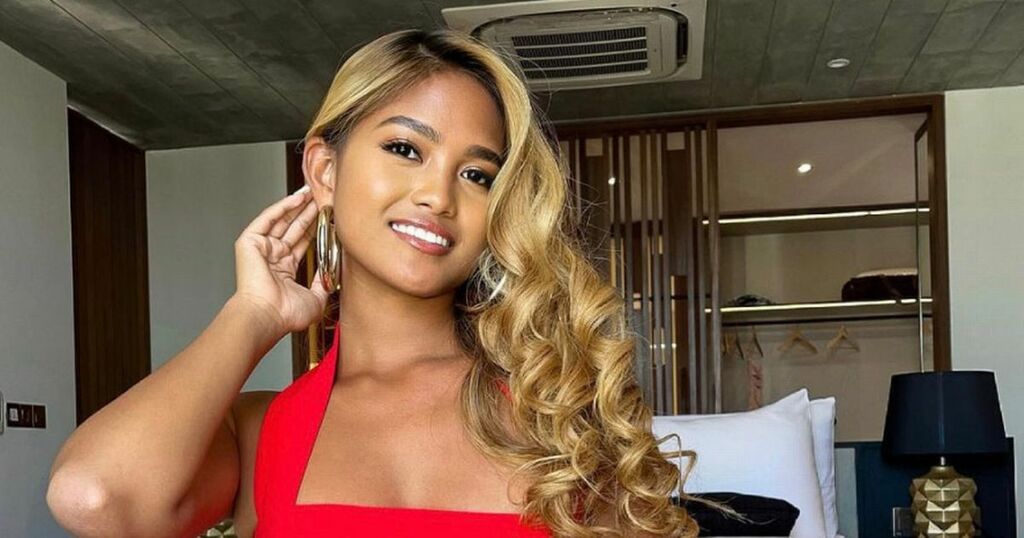 A woman has said that leaving her job as a teacher to become an OnlyFans star has pulled her family out of poverty.

Maeurn Smiles grew up in a poor neighbourhood in Cebu, in the Philippines.

She said her family often went hungry and was forced to live off basic, cheap ingredients such as rice and dried fish.

Two years ago, she decided to quit her job and launch her OnlyFans career - and she claims she now makes a five-figure salary every month.

The model says she has been able to pull her entire family – her parents and two younger siblings – out of poverty and has given them a new life thanks to OnlyFans.

Maeurn, who now travels around South East Asia and spends her time across the Philippines, Malaysia, Indonesia and Thailand, also hopes to buy a mansion for her family soon.

She said: "My family was living in poverty before OnlyFans and now they live very comfortably for a family in the Philippines. This is what makes me most proud.

"Life growing up was really tough, I only realised just how tough after making some money. We ate very basic food every day, like rice and dried fish.

"I remember feeling hungry often and our parents borrowed money and got food from our neighbours regularly. Our home was made out of wood like a hut."

At the age of eight, Maeurn had to look after her two younger siblings while their parents worked.

She said: "I acted as their mother growing up, as my mum and dad were always out working.

"I was responsible for everything about them; feeding, cleaning, everything. I did this when I was only eight years old.

"I really didn’t know how much responsibility I actually had at a young age until I got older, but looking back it was actually quite a tough childhood. It always gave me a desire to do better."

Her dad worked long hours as a construction driver and her mum would try to earn as much as possible cleaning houses.

Determined to find a way out of poverty, Maeurn signed up to work as a second language (ESL) teacher at the age of 18, but the salary was barely enough "to survive", she said.

The model explained: "I only earned $1 per hour when I was doing ESL teaching.

"I was just unable to support myself, let alone my family."

Maeurn decided it was time to try something new and decided to open an OnlyFans account in 2019 as she had heard about other women successfully earning money on the site.

She describes her new career as a "win-win", as she does what she loves and makes enough money to pay for her family's needs.

Now, Maeurn pays for her siblings' schooling, buys them groceries every month and takes care of other bills and expenses.

She said: "It was really a no-brainer. My ESL job was very tough, I was working 12-hour days and earning hardly enough to survive.

"Now, I'm safe in my own home, and I can be myself and make my fans and family happy at the same time.

"I want to give them a better life, so I pay for birthdays, pay for schooling for my siblings, and food.

"But I also love taking photos for my fans and they like when I post all my butt pics.

"It's just like everybody wins. Otherwise, I don’t know what I would be doing for money. The opportunities are not much for girls in the Philippines."

Mauern has been able to treat herself too, buying herself some land in her home country, where she is building a three-bedroom house with a pool later this year.

The model said: "My dream is to buy my family land and build a mansion when I’m able to.

"My family still lives in the same village in a concrete house but it’s still not very nice.

"I have just bought a small piece of land and over the next 12 months will build a 3 bedroom simple house.

"Money goes a long way in the Philippines so I can build this for only $20,000 and in the meantime keep saving for a better place in the future."

Maeurn adds that although her family are grateful for everything she has been able to give them, they never discuss her alternative career choice.

She added: "I didn’t actually tell them, I think they just figured it out themselves.

"They know about it but we just don’t talk about it. It just never naturally came up in conversation.

"But it's not a big deal. They are very relaxed and open, and grateful for the support.

"Some friends didn’t react well but that’s their loss for not being open in this modern-day and age.

"My parents don’t really mind and I love what I do and the freedom and independence that this has given me."

It comes as OnlyFans announced it would ban sexually explicit photos and videos following pressure from the company's payment providers and banking partners. Days later they backtracked.

The subscription-only site is famous for its raunchy adult content and has been cited in a catalogue of "rags to riches" stories.

During the pandemic the OnlyFans says their membership surged to 130 million users across the globe.