With West Distracted by Pandemic, Vietnam Ramps Up Repression

By Voice of America 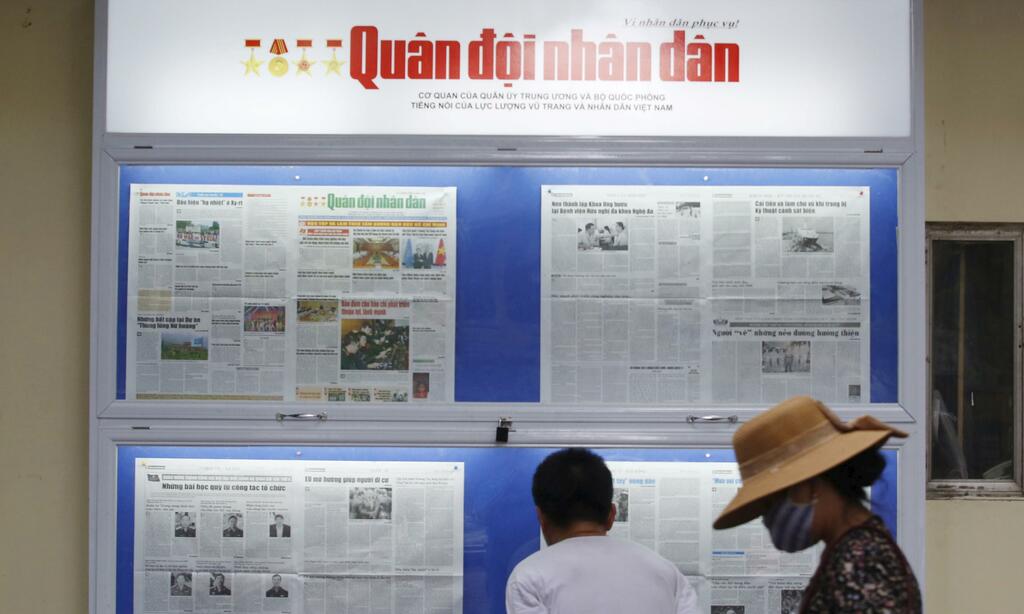 Conditions for media in Vietnam have rarely been so bad, media analysts say, with the country jailing over a dozen reporters in the past 12 months, and courts handing out unusually long sentences.

The rise in arrests came as Vietnam’s ruling Communist Party held its 13th Party Congress and voted for the next five-year National Assembly term in 2021.

International rights groups believe Hanoi intensified efforts to suppress dissent or opposition voices during the elections and at a time when the coronavirus pandemic has distracted the West from scrutinizing Vietnam’s actions.

“Vietnam has accelerated its rights abuses across the board, going after community activists, human rights defenders, and political dissidents in a systematic manner that points to a Hanoi plan to wipe out any opposition to its rule,” said Phil Robertson, deputy director of the Human Rights Watch Asia division.

Data from media freedom watchdog Reporters Without Borders (RSF) shows an increase in the number of journalists behind bars, with 43 detained.

“The current situation of press freedom in Vietnam has rarely been so bad,” said Daniel Bastard, head of RSF’s Asia-Pacific desk. “Vietnam is the world’s third-largest prison for journalists, right after autocratic regimes like Xi [Jinping]’s China, and junta-ruled Myanmar.”

The decline in media rights last year, started with the trial of members of the Independent Journalists Association of Vietnam, including founder and president Pham Chi Dung in January, and ending with the sentencing of prominent journalists and activists in December.

The trend of arrests spilled over into the new year, with a Hanoi court on Tuesday sentencing Mai Phan Loi, a former journalist and founder of a nonprofit, to 48 months in jail for tax evasion.

Independent Journalists Association of Vietnam founder Dung received one of the longest prison sentences handed down to a journalist worldwide, with a 15-year term on charges of propaganda against the state, according to RSF.

Trang, who is internationally recognized for her fight for democracy and human rights in Vietnam, also received a lengthy sentence. A court ordered her detained for nine years — longer than the penalty prosecutors requested.

In other cases, bloggers and social media users who posted content critical of the Communist Party were arrested or prosecuted on charges such as “propaganda against the state” and “abusing democratic freedom.”

Activists and the international community view the convictions as a warning to dissidents.

“Human rights in Vietnam have deteriorated in 2021, as the Communist Party used bogus articles of the 2015 Penal Code, including ‘propaganda against the state’ and ‘abuse of democratic freedoms,’ to suppress dissenters and freedom of expression,” said Vu Quoc Ngu, director of Vietnam’s Defend the Defenders.

The organization documents rights violations in Vietnam and provides cybersecurity and journalism training.

Hanoi has dismissed criticism of its human rights record.

After the sentencing in November of five journalists from media outlet Bao Sach, or The Clean Newspaper, Foreign Ministry spokesperson Le Thi Thu Hang, said Vietnam’s consistent policy is to “respect, protect, and promote human rights, including freedom of speech and freedom of the press.”

Civil organizations in Vietnam have petitioned President Nguyen Xuan Phuc and National Assembly chair Vuong Dinh Hue to request that Hanoi abolish three of the country’s laws, including those on propaganda and abuse of democratic freedoms.

The rights groups described the laws as “so opaque and so ill-defined that they can easily be, and indeed have been, abused by law enforcement to prevent citizens from exercising not only their constitutional rights but also those defined by the [International Covenant on Civil and Political Rights].”

The wife of one of the journalists detained on propaganda charges last year, told VOA she has petitioned the United States, European Union and other countries to intervene in her husband’s case.

Do Le Na, whose husband Hung was arrested in March, said the journalist-turned- political candidate is “facing a very high and unfair prison sentence.”

“I cannot appeal this injustice at any agency in the country because no one stands up to protect my rights. I have to seek help from human rights organizations, foreign embassies, and governments of advanced countries that have an interest in human rights,” Na said.

She denied the charges against her husband and added that Hung is in poor health.

“It is such a completely absurd charge,” she said.

Ngu, a 2019 Franco-German Human Rights and the Rule of Law awardee, believes the pandemic is partly to blame for the increased repression.

“When the world is focusing on controlling the pandemic, Western countries are less interested in Vietnam’s human rights situation and so the Vietnamese Communist government has free hands to suppress it,” said Ngu, who was once detained for participating in an anti-China protest in Hanoi in 2011.

Robertson, of Human Rights Watch, shared a similar view, telling VOA, “Vietnam has quite clearly taken advantage of the Covid-19 pandemic, and the distraction of the international community that resulted, to try and finish off its opponents.”

The U.S. and Europe have condemned the conviction of journalists and activists, including Trang.

Vice President Kamala Harris raised human rights issues with Vietnamese leaders during a visit in August to bolster strategic ties with the country.

At a news conference, Harris said she discussed the release of political dissidents, but did not disclose further details, saying only that the U.S. must “continue to speak up, when necessary, about human rights issues.”

Robertson believes the U.S. and its allies need to do more to stop Vietnam’s “systematic rights abuses.”

“The security situation in the South China Sea and Vietnam’s new role as the country to which manufacturing and supply chains are fleeing from China, have marginalized human rights issues,” said Robertson. “This needs to stop.”

President Joe Biden’s administration has promised to place democracy and human rights at the center of U.S. foreign policy. Secretary Antony Blinken has said that the “administration will stand against human rights abuses wherever they occur, regardless of whether the perpetrators are adversaries or partners.”

The News Lens has been authorized to publish this article from Voice of America.