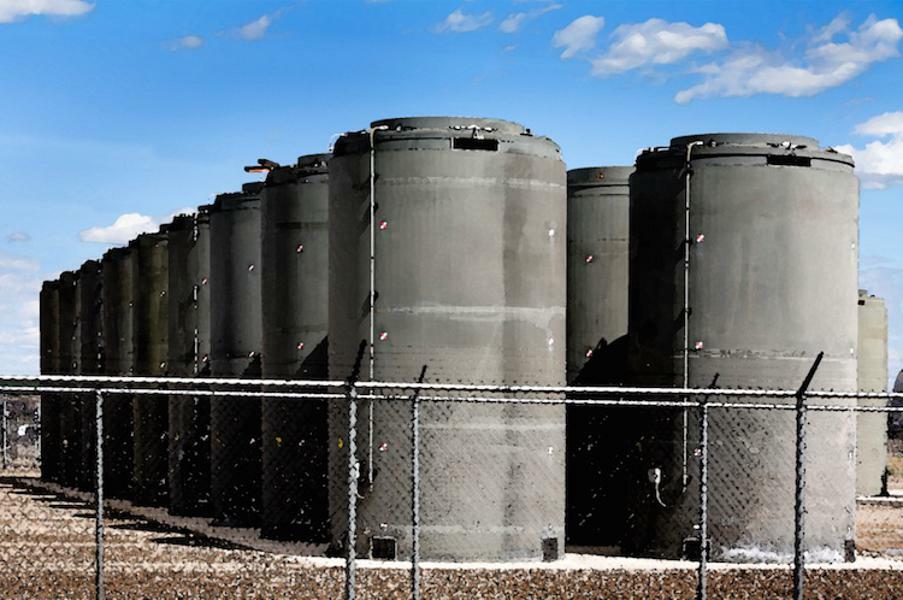 The best, safest, least expensive solution to our nuclear waste problem gets a near-unanimous bipartisan negative vote from the Texas Legislature. The lawmakers banned the storage of high-level radioactive waste in Texas, including spent nuclear fuel, at their approved nuclear waste disposal site near Andrews, Texas.

The Texas bill expresses opposition to a pending U.S. Nuclear Regulatory Commission license application to store this waste in West Texas, near where we have already been safely disposing of nuclear waste for over 20 years. The legislation also directs the Texas Commission on Environmental Quality to deny any state permits for the project.

If you remember, the federal government licenses nuclear facilities and the State permits them. In other words, the feds control radioactive materials but the States control the RCRA hazardous materials like lead, mercury and toxic chemicals. Since it’s rare to have no toxic chemicals in with the rad, this is where the state exerts its power.

The Texas Senate approved House Bill 7 unanimously and the bill cleared the House by a 119-3 margin on September 2 - a rare bipartisan agreement in the Texas Legislature. But when Republicans and Democrats join and religious groups, and environmental groups like Public Citizen and Sierra Club join with oil and gas companies, you know something’s strange.

They don’t seem to understand that Texas already has storage sites like this with lots of this nuclear waste already in storage, over 2,600 metric tons, in exactly the same way as this proposed storage site would have. These are at their two nuclear power plants, Comanche Peak and South Texas Generating Station.

Texas also has nuclear weapons waste from its Pantex Plant near Amarillo. Putting all of its nuclear waste in one spot is the safest thing they can do. It’s also one of the most patriotic things they could do, helping the country take care of an important issue.

The license, issued Sept. 13, authorizes the company to receive, possess, transfer and store up to 5,000 metric tons of spent fuel and 231.3 metric tons of Greater-Than-Class C low-level radioactive waste for 40 years. The company has said it plans to expand the facility in seven additional phases, up to a total capacity of 40,000 metric tons of fuel. Each expansion would require a license amendment with additional NRC safety and environmental reviews.

Just because it would have more of the same waste than any individual site, this centralized facility is no different, nor more dangerous, than any of the others in Texas or around the country. The risk of this storage facility would actually be less than the two storage facilities at their nuclear power stations, and much less than the 30-plus storage sites around America, because the number of sites trumps the size of a site with respect to risk.

Having a centralized storage facility that takes all waste of this type from Texas would half the risk of any event in Texas. If it took all the waste from America, since there’s not much of it anyway, it would reduce the risk of any event by about 30 times. And the proposed location near Andrews, Texas is physiographically ideal for this facility, better than the facilities that already exist in Texas or most anywhere else in America, and the design is much higher tech.

It’s always been puzzling to those of us who handle nuclear waste how nuclear waste got such a bad rep. It’s not coincidental that no one has been killed by nuclear power or nuclear waste. It’s just too easy to shield and store. It’s not like coal, oil or gas waste, that do kill people every year. As does chemical waste.

Texas and all these opposition groups know this very well, as Texas is one of the largest waste producers in the country. The hypocrisy is especially amusing, especially from the Republicans. Democrats in general oppose nuclear anything on ideological grounds, even if they are wrong scientifically.

On the other hand, Republicans always pretend they support nuclear. But then they fail to deliver, even when they control all branches of government, as they did under Bush and Trump.

A storage facility would store spent nuclear fuel, which is better referred to as slightly used nuclear fuel, until a final disposal facility is built or until we build our new fast reactors that will burn it, or we recycle it into new fuel.

Reactor fuel usually spends five years in the reactor, after which about 5% of the energy in the fuel is used, but fission products of the reactions have built-up to the point where the fuel must be replaced. After leaving the reactor, the spent fuel usually spends about 5 years in spent fuel pools of water, until heat and radiation have decreased sufficiently to allow the fuel to be passively cooled in a dry cask (see the short Spent Fuel Video).

At this point the dry casks can stay where they are for over a century, or be moved to a centralized storage facility like is being proposed. A centralized facility would make the logistics and costs of storage easier and lower than having dozens of sites around the country, especially at those sites where the reactors themselves are gone.

The NRC has concluded that spent fuel storage in pools and casks is safe and secure. This and other nuclear developments follow directly from the recommendations of President Obama’s Blue Ribbon Commission on America’s Nuclear Future, and were followed up in the President's Memorandum on disposal of Defense High-Level Waste and the 2013 Administration's Strategy for the Management and Disposal of Used Nuclear Fuel and High-Level Radioactive Waste.

Conca and Wright (2012) provide background on nuclear waste and interpretation of the three BRC recommendations pertaining to nuclear waste disposal that has led to some of these changes.

Interim storage of spent nuclear fuel is nothing new. It’s been going on in the United States for decades at existing nuclear plant sites. Much of our spent fuel, over 70,000 tons, is in interim storage throughout the country, in pools and dry casks at operating nuclear power plants, and at several plants that have been shut down and decommissioned.

Dry casks are typically constructed of one or more shells of steel, cast iron, and reinforced concrete to provide leak containment and radiation shielding. Casts typically hold 10 tons of spent fuel. At present, dry cask storage is licensed at 35 nuclear plant sites in 24 states. There are 65 sites with operating reactors in the United States.

“These strong bipartisan votes are a clear message from the Texas Legislature to the U.S. Nuclear Regulatory Commission that when it comes to storage of deadly radioactive waste in Texas, we don’t want it,” said SEED Coalition Director Karen Hadden, who obviously doesn’t understand nuclear energy or nuclear waste. Which is ironic since SEED is supposed to be for clean energy and clean air.

The real problem with this issue is institutionalized ignorance. This waste poses little actual danger. Because it’s a solid, there’s so little of it, and it’s so easily shielded. Again, no one has ever been killed by this type of waste. Storing it is the safest job in human history.

The other problem is that there is no constituency for nuclear. No Texas like there is for oil&gas. No west Virginia like for coal. No environmental movement like for renewables. Nuclear was always a national thing. But it seems we can’t really think like a nation anymore.

So as Texas shoots down the best thing it can do with its own waste as well as the nation’s waste, further stifling expansion of clean nuclear power, we all watch as greenhouse gases continue to increase in the atmosphere.