With Chase Center’s Return, The Golden State Warriors Are Back On Track 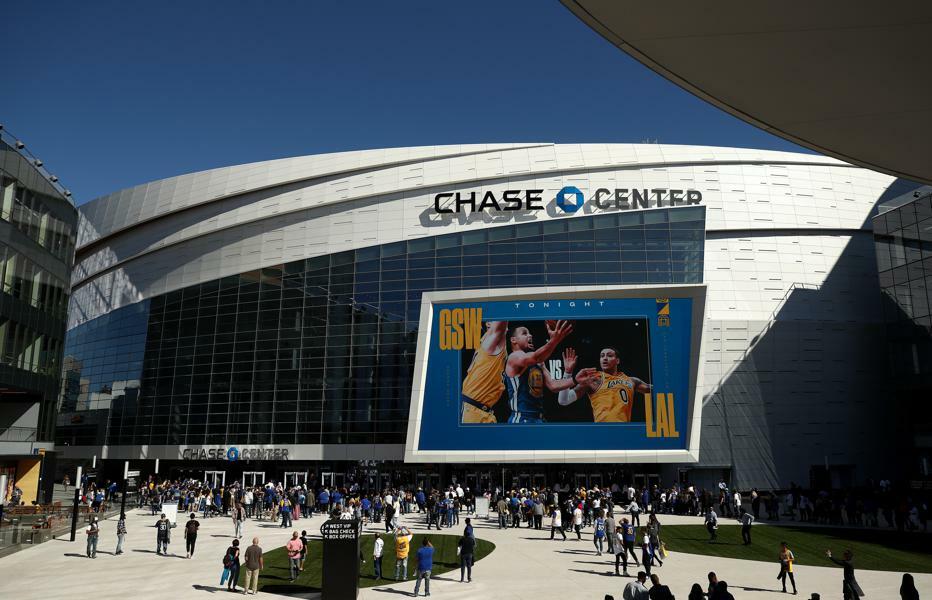 It may seem an age ago, but it is in fact only just over two years since the Golden State Warriors first opened their new state-of-the-art arena in downtown San Francisco. Chase Center was supposed to be the crowning jewel of their business operations, and the culmination of a decade of work led by former President Rick Welts. Yet within a little over half a year, the doors were shuttered by an unprecedented pandemic.

It’s been a long journey back for the organization, but Chase Center is finally back again. Over the last few weeks doors have opened for several concerts. And finally, this week the Warriors welcomed a full capacity crowd of 18,064 back to basketball games at Chase Center for the first time since March 2020. That is no mean feat in a market which, as Yoyo Chan, the Warriors’ VP for Government and Community Relations, points out “has had a lot of COVID restrictions and guidelines and protocols that have been very different than the rest of the country.”

A long journey back

“It's certainly been a crazy ride over the last few years,” Chan opened up with on a recent call. “We joke these days that we are opening Chase Center for the third time!”

Back in September 2019 when Metallica and the San Francisco Symphony played Chase Center’s inaugural event, the Warriors had no idea what was coming. Their now-President Brandon Schneider talked of a “journey of discovery” with no inkling of what that journey might turn into. While they knew their team would be limited by the absence of Klay Thompson in their first year, they had no idea franchise talisman Stephen Curry would break his hand and only end up playing 3 games in the Warriors’ shiny new home.

Then came the pandemic. “The world changed very quickly and very suddenly,” Chan says, recalling that their first foray into that new world was the work they had to do as they prepared to be one of the first pro sports teams to play without fans right before the NBA shutdown in March 2020.

The Warriors then spent more than a year working with local officials to re-open Chase Center, before finally getting to the point at the end of the 2020-21 season where they were able to open at partial capacity with 8,400 fans for nine games. Chan is quick to credit then-GM of Chase Center Kim Stone, who had invaluable experience navigating through the 2009 Swine Flu pandemic and Hurricane Irma in her time with the Miami Heat, saying “we were very grateful to have a robust operations team and a GM at the time.”

But this was on a different scale. “Hosting a mega event, a large event, with limited capacity in the middle of a pandemic where things that we were typically used to like a full arena of fans without masks with little to zero protocols, we had to really shift gears and conduct a whole different operation.” Chan says.

At the heart of that was building a mass testing operation, as Chan explains. “It was very important to us to our owners, to our executive team from the beginning that we ensure Chase Center was the safest building possible. And to us that meant building out, and executing, and paying for a comprehensive testing programme that allowed fans to test at home, use the power of the technology platform that we had built out with CLEAR.”

As if that wasn’t enough of a challenge, they still had to preserve as much of the fan experience as they could, while balancing all the required safety protocols. The vision of Chase Center was never just about the games and concerts. For example, the Warriors have always made great play of the bars and restaurants around the arena. This aspect in particular required a total re-imagining. “We couldn't have food and beverage in the bowl with seats, while people were sitting there, so we had to pivot and create other outdoor dining areas on the concourse that allowed people to still enjoy their hospitality and food and beverage experience while following the right public health protocols,” explained Chan. Coupled with a mobile app ordering system, that meant fans could still enjoy much of what Chase Center was supposed to offer.

Towards a new beginning

As Chase Center emerges into a new phase, the Warriors are working hard to further restore that fan experience. “I'd like to say most of the dramatic changes that were made in the middle of the pandemic,” Chan says. “No food and beverage in the bowl, social distancing, limited capacity - all those things have been eliminated in partnership with the local health departments and the State Health Department.”

Their ace in the hole is the advent of mass vaccination. Every attendee over 12 at a Warriors game at Chase Center this season will need to provide proof of vaccination, in compliance with the order from the San Francisco Department of Public Health. Attendees under 12 will still need to provide proof of a negative test, but this removes the need for widespread testing of every fan, and allows them to get back to something that looks more like the original vision for Chase Center.

Chan is positive that fans will see this as part of business as usual in a new world. “I think you'll start to see in a lot more other industries, the requirement for vaccination as sort of a baseline for entry,” she says. “In some ways it becomes your normal experience as someone who lives in this market.”

Lessons from the pandemic

The Warriors have unsurprisingly turned to technology to help them make the entry process as seamless as possible. “We've been working very closely with CLEAR to make sure people can demonstrate their proof of vaccination on a phone and in their app as opposed to the clunky process of taking out their IDs, with the paper results and the cards.” Chan explains. This nifty app “integrates an identification verification system that matches folks’ selfie with their results that are pulled in from the State's registry. All you have to show is a green screen on your phone when you walk into the building.”

The Warriors are still keeping some things they started in the second phase of Chase Center’s opening, such as their mobile ordering system to try to “ensure there's as little clustering as possible within the building, despite the fact there are no social distancing rules,” Chan says. Masks still remain a fixture too in common with many other venues.

But the Warriors also managed to work out new ways to utilize their space during the pandemic. “One thing that we will continue doing that we think really thrived during the pandemic is the activities that we were able to have on Thrive City, which is the plaza right outside of Chase Center.” Chan outlines. “We took really full advantage of the fact that was an outdoor space and hosted a number of activations like everything from as small as a farmers market on Sundays, that we've been doing regularly, to live comedy shows right on the plaza.”

That can now be taken to the next level according to Chan. “We've got a number of retail locations opening including bars and restaurants. We're starting to see people come back and the neighbourhood is alive again. San Francisco is back and I think a lot of that has to do with the ancillary and external activities that we were able to facilitate throughout the pandemic and really look forward to just increasing over the next couple of months.”

The Warriors remain optimistic as ever that Chase Center will be everything they hoped for, and are working towards their original goal of hosting 200 events a year. After all, this was a venue built for the long haul with the vision of competing with the likes of iconic venues such as Madison Square Garden. “Our ultimate goal still persists,” Chan emphasizes. “Three years ago we strived to be one of the world's greatest entertainment destinations and I don't think the result of the pandemic changes that overall vision. At the end of the day we want to be hosting the best concerts, the best live events, the best activities outside of Chase Center … as we've done over the last year and a half, we'll adjust and pivot as needed.”

Ultimately, in this new world nothing in their research leads them to think that what people want has fundamentally changed. “I think people are hungry to get back and to go out to restaurants and see live music and watch live basketball, and just hear the sounds of the crowds,” Chan says. “There's something that you can't replicate on TV or anywhere else, and we're just so excited to be able to bring all of that back.”

And if nothing else, as Chan observes, the much-anticipated return to action of one Klay Thompson, for the first time on Chase Center’s floor, “might help kick things up a notch!”