With Adam Piccolotti out, Georgi Karakhanyan steps in to face Saul Rogers at Bellator 266 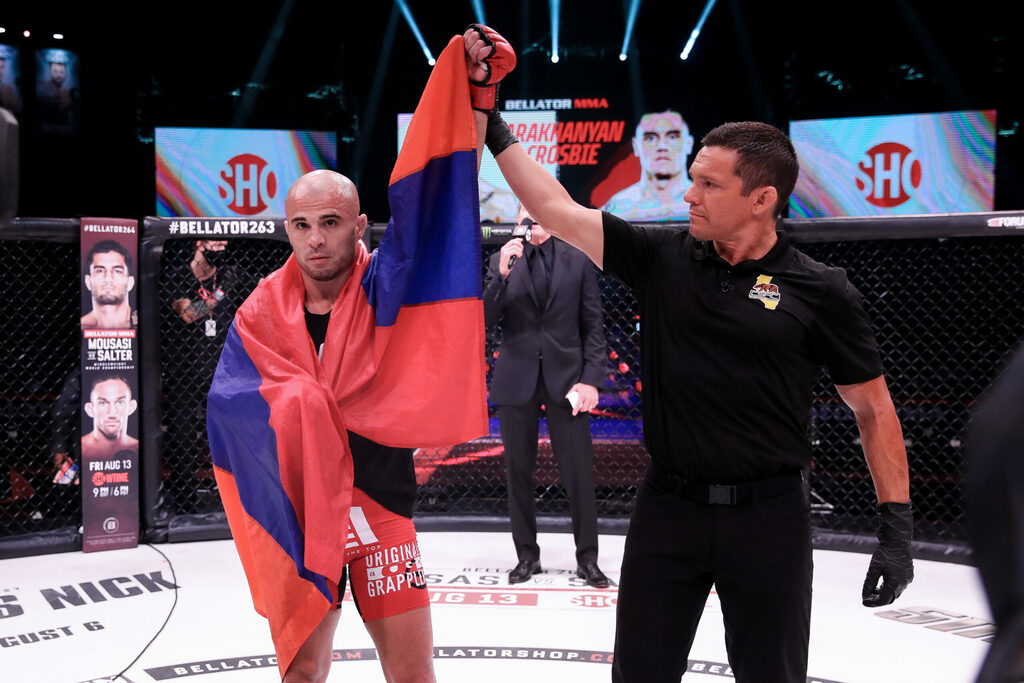 Georgi Karakhanyan will look to take out another top European prospect in his ascent up the lightweight ladder.

A person with knowledge of the booking confirmed the booking to MMA Junkie on Tuesday after an initial post by Karakhanyan on social media. The person asked to remain anonymous since the promotion has yet to make an official announcement.

Since moving back up to 155 pounds, Karakhanyan has won three of his past four and back-to-back fights for the first time since 2016. He’s coming off a first-round submission of Kiefer Crosbie at Bellator 263 in July.

Season 22 “Ultimate Fighter” finalist Rogers has split his past four appearances. After submitting Arbi Mezhidov in the first round at Bellator 248, Rogers was submitted by Mads Burnell at Bellator 257 in April.

With the change, the current Bellator 266 lineup includes: