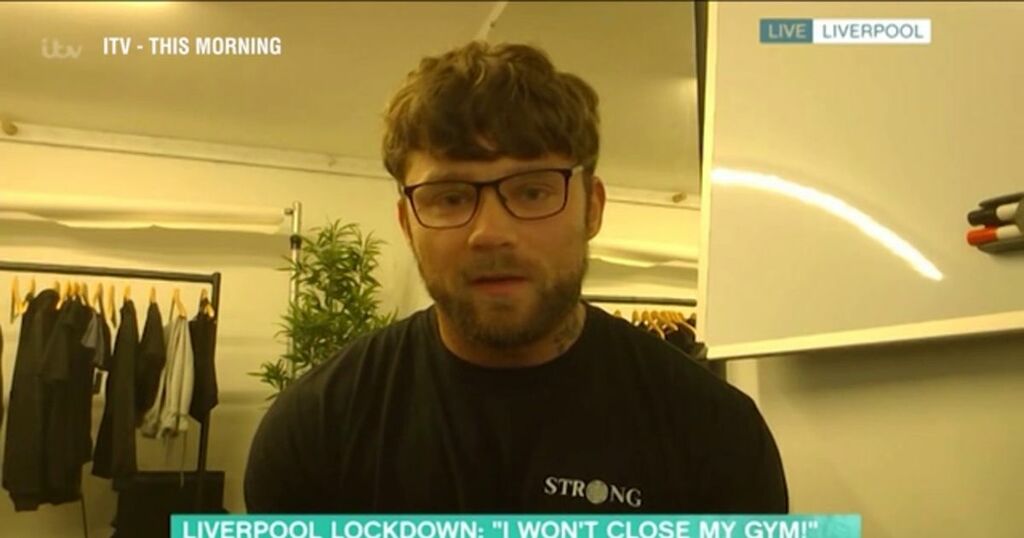 A Wirral gym owner is back behind bars after a drug trafficking operation he was involved in came crashing down.

Nick Whitcombe, who shot to fame during the second lockdown after refusing to close his gym in Moreton, was revealed earlier this week to be involved in moving drugs to Jersey.

Sentenced to three years in jail on the island on Wednesday, it is a swift fall from grace for the 31-year-old, who was praised by many less than a year ago for lobbying the government on coronavirus rules for gyms.

READ MORE: Punches thrown in anger that killed leaving behind a trail of misery

Yet the sentence means Whitcombe is facing the second jail term of his life, having gone to prison seven years ago under similar circumstances.

It has emerged Whitcombe was in fact jailed for drug trafficking in 2015 at the age of 24, having been jailed in Jersey after trying to evade authorities there for weeks.

According to an interview given by Whitcombe to Jersey’s main newspaper back early last year, an investigation by police on the island found Whitcombe had been involved in sending drugs there from Merseyside for distribution by local associates.

Arrested while on a short trip to Jersey but released under investigation, he later made his way back to Merseyside before going on the run from the island’s police force.

He spent weeks hopping across different hotels in the North West of England before eventually returning to his mum’s Merseyside home.

He was eventually apprehended after returning to his mum’s house in Liverpool, where Jersey and Merseyside police officers swooped, arrested him and flew him to Jersey

Whitcombe said he “cried into his cornflakes” when he was told by police there that he could face up to ten years in jail for his crimes, significantly more than he presumed he would face were he to be tried in England.

Eventually sentenced to six years in prison after pleading guilty, Whitcombe only spent ten months at the island’s La Moye prison before receiving a transfer back to HMP Liverpool.

Once there, he appeared to turn a corner. According to his interview with the Jersey Evening Post, he became invested in his rehabilitation, rebuilt relationships outside the criminal underworld and started to give back to his Wirral community.

Upon his release, he bought a stake in bodybuilding gym Body Tech Fitness.

It was in this new role that he shot to fame in October 2020 after refusing to close his business as part of the newly-imposed Tier 3 restrictions that were ordered for Merseyside.

The Moreton gym was issued with a £1,000 fine by police and Whitcombe was warned he faced more penalties if he continued to open.

However, he mounted a campaign against the restrictions along with a number of other gym owners.

By this point Whitcombe gained a huge amount of support from people who argued maintaining people's physical and mental health during the coronavirus pandemic was vital, and that his and many other gyms and leisure centres were Covid-secure.

During this period he appeared on national television, including ITV’s This Morning, before the government U turned on its decision to close Merseyside’s gyms and the fine imposed on Whitcombe himself was rescinded.

The move was praised by many gym owners and users, and a GoFundMe set up by Whitcombe to support his efforts raised tens of thousands that was later donated to charity.

Yet his public battle against the government restrictions took place against a background of further investigations into his criminal behaviour.

In July 2021, less than a year after his successful campaign to change government policy on the closure of gyms, Whitcombe was once again arrested on suspicion of being involved in drug trafficking.

Taken back to Jersey last summer, officers found a series of texts between him and other criminals in 2018 and 2019 which showed he had once again become involved in trafficking.

An investigation by the island territory’s customs and immigration department found incriminating texts between Whitcombe and associates detailing how he advised them to launder dirty money.

Between 2018 and 2019 the pair, both 31, were involved in a conspiracy to traffic cannabis resin into the island and launder the money, with Whitcombe operating from Merseyside and Dryden from Jersey.

Whitcombe’s lawyers said his only involvement in one of the importations was to provide his friend's details to Dryden and encourage him to respond.

Advocate Gollop argued he should not be locked up, pointing to his efforts to set up his own business, engage in community work and how he "fronted a national campaign during lockdown to have gyms and health services open and available to members of the public".

Summing up, however, Deputy Bailiff Robert MacRae said: “You are both 31-years-old, neither of you are young men… You are both, in the opinion of this court, professional drug dealers and certainly were at the time of these offences.”

Whitcombe and Dryden were both jailed for three years.