The first stint was a carbon copy of yesterday's race, Waters leading the way as van Gisbergen sat patiently just under a second behind.

And, like yesterday, it was the Kiwi that prompted the pair to make their stops when he took his mandatory service on Lap 15.

Waters predictably responded by pitting the next lap and once again he resumed right in front of van Gisbergen.

This time, however, van Gisbergen was able to use his warm tyres to his advantage, using an impressively late dive to slide under Waters into Turn 3.

Once in front there was no stopping the series leader, van Gisbergen managing the gap to Waters across the final stint.

The final winning margin was 5.2s while van Gisbergen has a 244-point lead in the series.

"It was a great race," said van Gisbergen. "Cam was quick again but our boys did an awesome job in the pitstop and that put pressure on him.

"[We] won the race in the pits and then I put a nice move on Cam. The car was awesome. I just kept pushing.

"He got us yesterday, but I got him back today."

After running fourth in the first stint, Reynolds didn't take his stop until Lap 22. Initially the undercut left him in fifth behind Will Brown and Chaz Mostert, however it didn't take long for the gripped-up Grove Mustang to barge its way into third.

Lee Holdsworth also worked the overcut in the sister Grove car, the veteran not taking his stop until Lap 24.

He popped out behind the likes of Andre Heimgartner, Mostert and Brown but had the grip to run them all down as he sealed fourth place.

Mostert got by Brown on the final lap of the race as the Erebus driver struggled to get his ancient rubber, fitted during a Lap 5 stop, to the finish.

Brown did, however, manage to hang on to sixth place despite having Heimgartner on his bumper right to the flag.

James Courtney and Mark Winterbottom were eighth and ninth as Anton De Pasquale rounded out the Top 10.

The final heat of the Winton SuperSprint will take place at 3:35pm local time. 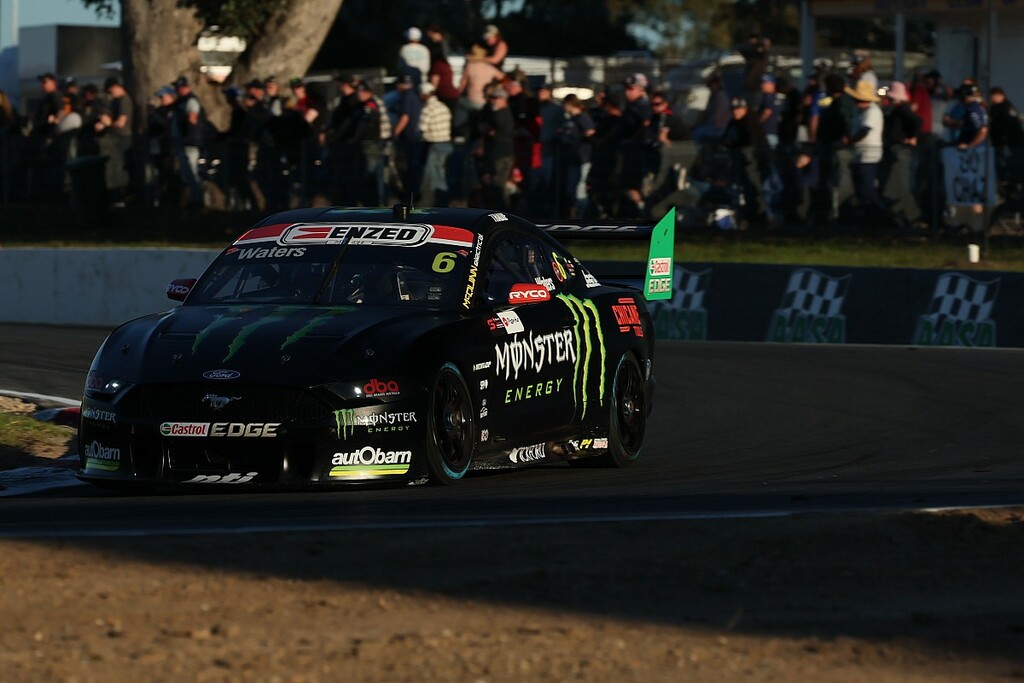 Autosport
One subscription that gives you access to news from hundreds of sites
Winton Supercars: Waters pips van Gisbergen in finale