After helping the Russian Olympic Committee (ROC) to team gold last week, the 15-year-old was cleared to continue competing in Beijing by the Court of Arbitration for Sport (CAS) on Monday after news of a failed pre-Games drugs test taken in December only recently emerged.

And the clear favourite took a strong lead into Thursday’s women’s free skate after recovering from a stumble to top the leaderboard following another emotional performance in the short programme on Tuesday.

However, Valieva delivered an uncharacteristically mistake-ridden display during her four-minute Bolero routine, falling to the ice twice and being left in floods of frustrated tears as she eventually had to settle for a distant fourth-placed finish.

The gold medal instead went to Valieva’s 17-year-old compatriot Anna Shcherbakova, who recorded a score of 255.95, with silver for another teenage Russian skater in Alexandra Trusova (251.73) and bronze claimed by Japan’s Kaori Sakamoto (233.13).

Valieva not placing inside the top three means a medal ceremony will take place as originally scheduled on Thursday evening.

News of her failed drugs test taken on December 15 was only made public on February 8, a day after the ROC won team gold, with the reigning European and Russian national champion testing positive for the banned substance trimetazidine - a heart drug commonly used to treat angina.

She was handed an initial provisional suspension by the Russian Anti-Doping Agency that was subsequently lifted, with CAS’ ruling permitting her to continue to compete in Beijing despite opposition from the International Testing Agency.

Valieva’s camp blamed the positive test on accidental contamination from her grandfather’s medication, with reports from the New York Times later claiming that the sample also contained traces of Hypoxen and L-carnitine - two other heart drugs that are not currently on the banned list of the World Anti-Doping Agency (WADA).

Both of those legal drugs were reportedly disclosed on Valieva’s anti-doping control form.

Travis Tygart, the head of the US Anti-Doping Agency, suggested the presence of those two drugs, along with trimetazidine, in Valieva’s system raised further question marks. 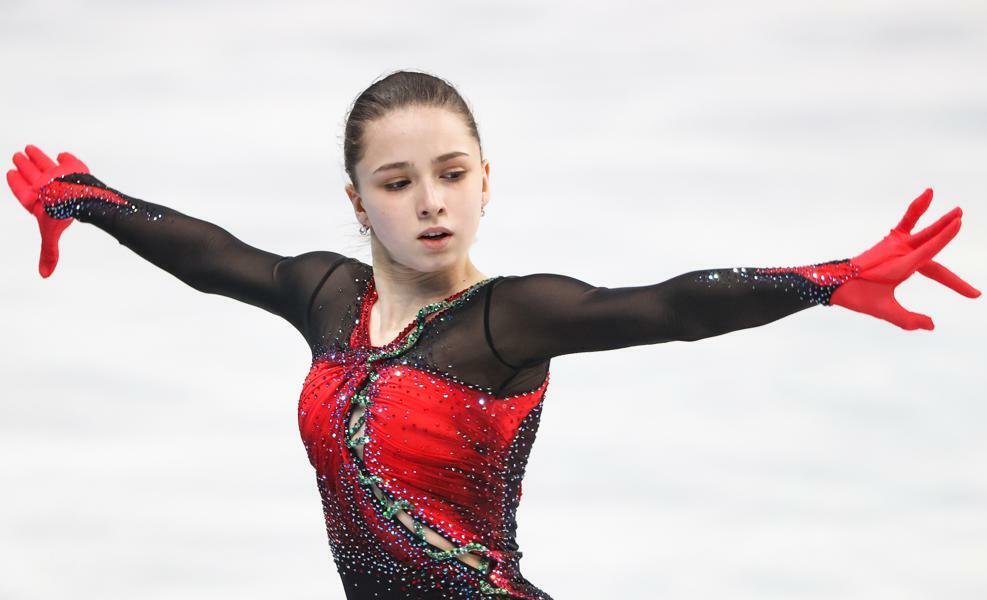 Valieva Misses Out On Podium Spot In Women’s Figure Skating Final Amid Doping Controversy
Valieva scored 141.93 in the free skate program, a disappointing showing after topping the chart in the short program on…

Forbes
One subscription that gives you access to news from hundreds of sites
Kamila Valieva’s Olympic Results Will Carry Asterisk Until Doping Case Is Resolved, IOC Says

Two of the substances are not banned by the World Anti-Doping Agency, but are highly unusual for a 15-year-old athlete…