‘Winter in Canberra is chilly’: the capital is in lockdown, and $33 a day is cold comfort for the unemployed 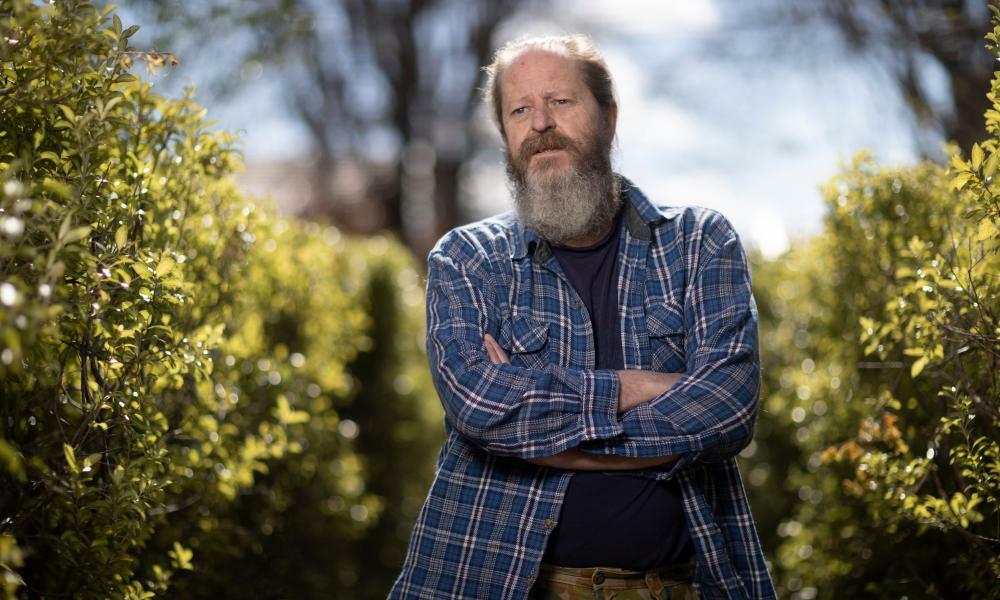 Andy Knight is broke, and there is no end to lockdown in sight.

On a day when the ACT chief minister announced another two dozen Covid cases, Knight went down to the shops thinking he had $28 to his name. But the ATM showed minus three dollars.

“Some pending payments suddenly came through at the wrong time for me,” he says.

It wasn’t always like this. One of the big, cruel ironies of Australia’s pandemic is that for people like Knight, 57, in some ways life may never have been better than last year.

That’s not to say that it was easy. Not by any stretch. It was still very, very tough.

But for Knight, whose home city mostly avoided the clutches of the coronavirus until recently, the desperation of life on a poverty payment dissipated.

Now things may never have been worse. Delta has come to Canberra, and Knight, who lives with mental health concerns, is in lockdown.

Compared with last year, when his jobseeker payments were topped up to just above the poverty line, he is about $495 a fortnight, or $35 a day, worse off.

He lives on $44 a day, with a quarter deducted for his flat in an ACT public housing complex. Better to say $33 a day.

Knight explains the difference between last year and now in stark terms. “I didn’t have to go scouring the footpath for bumpers,” he says of 2020, referring to the process of using the remaining tobacco in discarded cigarettes to roll new ones.

“I bought some clothes for the first time in years. I bought myself a jacket and trousers. And, you know, I could eat comfortably.”

And today? “The fact I’m not getting the [coronavirus supplement] now, it’s making it very difficult,” he says. “One thing I regret not buying is shoes. My shoes have worn out now and they’ve got holes,” he adds. “Winter in Canberra is chilly.”

Delta’s arrival in Australia forced a rethink of the Morrison government’s plan to switch off extra income support altogether.

Without the jobkeeper subsidy, which was paid to laid-off workers through businesses who forecast a downturn, the government bowed to pressure in June and introduced a disaster payment for people who had lost work.

But that did nothing for people on income support who were out of pocket after losing casual or part-time work they used to top up their benefits. It responded with a $200 payment for welfare recipients who could prove they had lost eight hours or more a week.

But people on the lowest incomes in Australia – those living solely on welfare benefits – have been left without extra Covid support. That’s Knight, and 540,000 other people like him who are currently in lockdown, according to Australian Council of Social Service ana from last month.

“I guess the assumption is that we’re no worse off now than we were before,” Knight says. “If we were surviving on the pittance, being locked down doesn’t change any of that.”

Knight’s summary of the government’s position is broadly right. It argues the welfare boost last year was in response to the shock of a nationwide shutdown at the start of a new pandemic.

And it points out that when it boosted the base rate of jobseeker payment from $40 to $44 a day in February, at a cost of $9bn, it was the largest increase to unemployment payments since 1986.

Yet it’s no consolation for Knight, who has been out of work since 2013, and does not expect to find a job any time soon.

“I have become accustomed to this,” he says. “One of the main reasons I can’t get work is I’ve got depression and anxiety and post-traumatic stress disorder from the way I was treated by my employer.”

For about 15 years Knight had worked in television, climbing the ladder from camera operator to director, where he managed news, sport and current affairs programs. But he says he was eventually pushed out of his job, a traumatic experience that has marked his life ever since.

The last job he held was as a maintenance man at one of Sydney’s wealthy private schools.

At the school, Knight found the survey’s findings were not exactly accurate, at least for him. “I was still stressing out every day,” Knight says.

Although much has been said about the impact of lockdowns and the pandemic in general on mental health, including by federal government ministers, there has been less talk about how the jobless or people with disabilities are affected by the low rate of their welfare payments.

Guardian Australia reported on Friday about new research from some of the nation’s top mental health experts that called for the return of the coronavirus supplement that has assisted Knight so much last year.

Despite living through the early days of a once-in-a-lifetime pandemic, Knight has no doubt he was less stressed last year. One of the central problems in his life had been alleviated.

“You have less things to worry about,” Knight says. “I got a hair cut, I got a nice jumper, and trousers. I had a bit of spare cash. I thought I might ask the lady at the bookshop that I see from time to time if she wants to go out for a cup of coffee.

“You feel better about yourself with a little bit of money in your pocket. That kind of snowballs.”