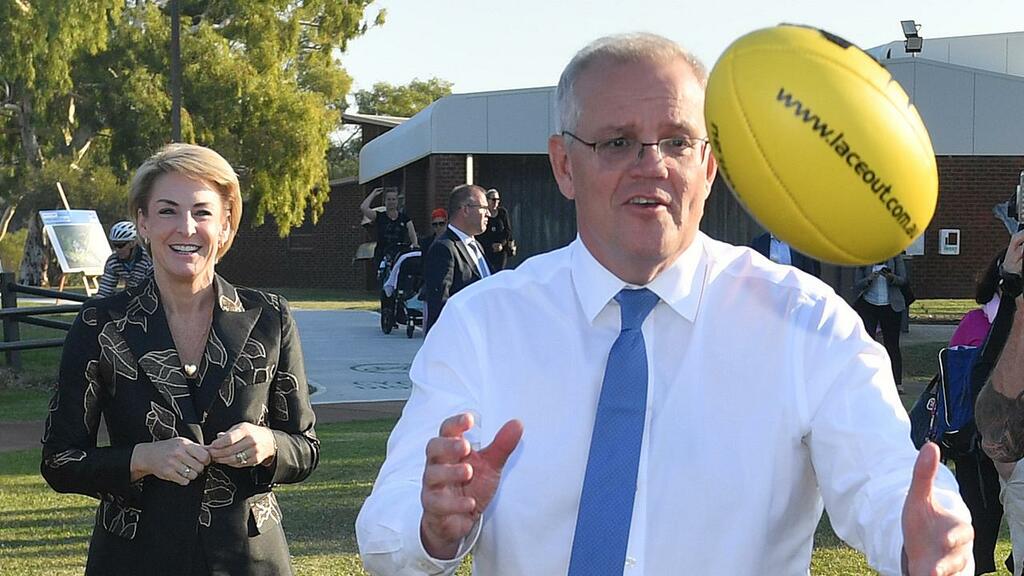 Six in ten people surveyed say the two issues are of most concern, followed by the Australian economy, healthcare costs…

The Coalition is promising to help revitalise smaller wineries, craft breweries and distilleries if re-elected, after a tough few years…

ABC News
One subscription that gives you access to news from hundreds of sites
Religious laws still a priority: Morrison

Unmarked graves of 215 Indigenous children were found in Kamloops a year ago: What's happened since? — Podcast
Warning: This article contains details that some readers may find distressing

The Conversation
Read news from The Economist, FT, Bloomberg and more, with one subscription
Learn More
PM targets young home buyers and retirees in last-ditch pitch

Prime Minister Scott Morrison’s final campaign week has had a repetitive flavour to it, as he attempts to win votes…

The New Daily
Memo to next govt: Technology reform is a core agenda item

Labor leader Anthony Albanese will today embark on a blitz of 20 key marginal seats, where chances of securing a…

Australian households are suffering the worst cost-of-living squeeze in more than two decades, with real wages falling at the fastest…

The New Daily
Turkey: why it wants to block Sweden and Finland from joining Nato – and what it stands to lose

Russia’s war of aggression against Ukraine has united the west in opposition. Nato member states have cascaded weapons into Ukraine,…

By Andrew Brown and Finbar O'Mallon

Wineries, distilleries and breweries will share in a $20 million top-up as part of a coalition tourism pledge as the federal election campaign enters its final two weeks.

The plan would see $15 million for wineries, distilleries and breweries with $100,000 grants to build or upgrade on-site facilities such as restaurants and tour areas.

A further $5 million would go to tourism and local governments.

Mr Morrison, campaigning on Saturday in Perth, said tourism operators would be supported to bring more people in.

"Tourism is key to our plan, and this funding will help bring in more tourists to local businesses, meaning more people touring our breweries and wineries," he said.

"There are huge opportunities for our wineries and distilleries to take advantage of the plane loads of tourists looking for a new experience as we emerge from COVID lockdowns."

Opposition Leader Anthony Albanese on Saturday touched sown in northern Tasmania, where he is due to continue showcasing Labor's policies to drive down the cost of living through childcare and energy initiatives.

The opposition has sought to turn the campaign spotlight back towards the cost of living amid rising inflation, low wage growth and the first official interest rate rise for more than a decade.

It comes as Mr Albanese tried to downplay a fumble where he couldn't remember his party's NDIS plan when pressed by reporters.

He said the coalition was divided and led by a leader who many MPs did not want to campaign alongside with.

The coalition on Saturday added a $26.9 million promise for expanded research into allergic diseases and anaphylaxis.

The funds will go to the the Australasian Society of Clinical Immunology and Allergy Allergy and Anaphylaxis Australia to establish a National Allergy Council.

Money will also go to the Murdoch Children's Research Institute.

Mr Albanese said too many events of national and cultural significance were guarded by paywalls.

"For a whole lot of Australians, free-to-air TV is essential to seeing those moments which lift us up as a nation, that inspire us, that help define who we are," he said.

A Labor government would consult stakeholders, including media and sport, to back media "so it can compete and thrive in the era of big tech, global streaming services".

In Sydney, mining magnate and United Australia Party founder Clive Palmer is in town to launch several of his local candidates.

Speaking at the launch of his Warringah candidate, Andrew Roberts, Mr Palmer said he would be open to forming government with either of the major parties in a hung parliament.

"We'll do a deal with anybody to get these (UAP) policies enacted," he said.

UAP is preferencing One Nation and controversial Liberal candidate Katherine Deves in Warringah ahead of the other candidates, including high profile independent MP Zali Steggall.

Scott MorrisonAnthony Albanese
Sign up to read this article

Six in ten people surveyed say the two issues are of most concern, followed by the Australian economy, healthcare costs…

The Coalition is promising to help revitalise smaller wineries, craft breweries and distilleries if re-elected, after a tough few years…

ABC News
One subscription that gives you access to news from hundreds of sites
Religious laws still a priority: Morrison