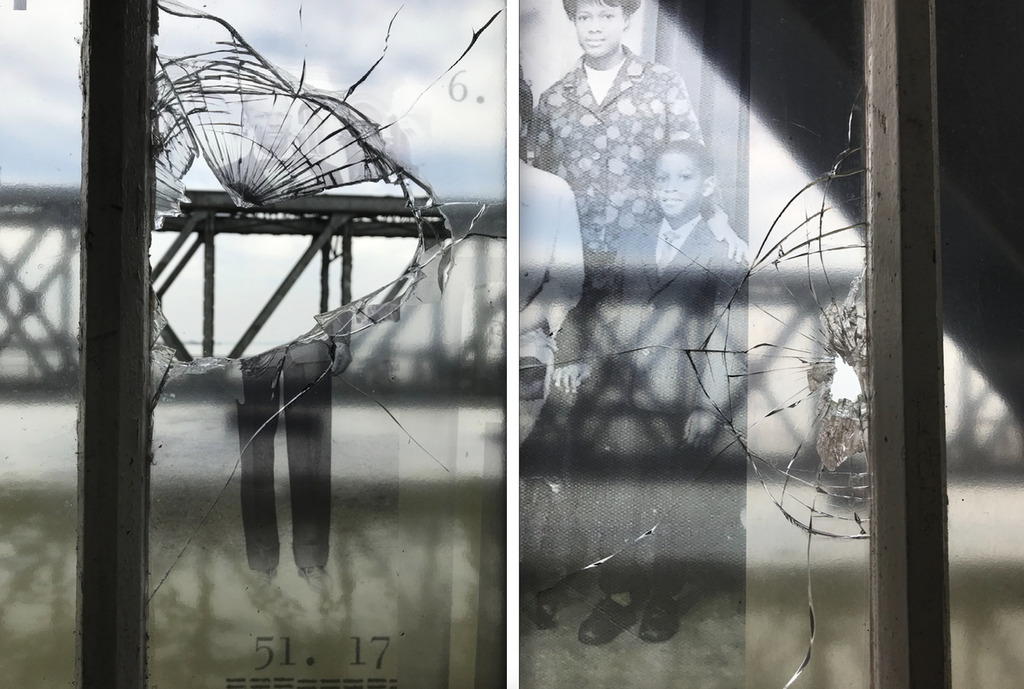 An exhibition set up to commemmorate the Windrush generation has been vandalised at the Port of Tilbury in Essex.

The Tilbury Bridge Walkway of Memories is an art and sound installation in one of the original walkway bridges where hundreds of British subjects from the Caribbean disembarked from HMS Empire Windrush more than 73 years ago.

Images show several of the 432 panels of glass, that have had historical photographs of members of the Windrush generation printed on them, have been smashed in what is suspected to have been acts of vandalism.

The creators and organisers of the exhibition say that “vandals [were] indiscriminately targeting the bridge”.

The vast majority of visitors to the exhibition – 83 per cent – have said that they want the installation to remain at the port, while there are “some that are actively trying to tear it down,” the organisers’ statement adds.

The exhibition’s creator Everton Wright, an artist who goes by the name EVEWRIGHT, said: “This work has been created through the need to preserve the stories of Caribbean elders, from the Windrush Generation, whose stories and first-hand accounts need to be shared so future generations can understand the importance of the contributions they made to Britain.

“The work has received an overwhelming positive response from the public and those who contributed their stories and images.

“The feedback from the public are heartfelt knowing these stories where being told. Yet there are a few who choose to damage this beautiful work.”

The organisers have vowed that they “will not be silenced” by people who “seek to cause criminal damage”.

They added that the work will remain open to the public, and that there will be tours and talks in October to mark Black History Month.

The name of the Empire Windrush ship is used to describe the generation of nearly half a million people who moved from the Caribbean to Britain between 1948 and 1970.

Before the Empire Windrush’s journey to Essex, the ships Ormonde and Almanzora made trips from the Caribbean to Liverpool carrying hundreds of passengers.

In 2018, it was revealed that there were British people of Caribbean descent, either of the Windrush generation or their descendants, who were wrongly detained, denied legal rights, lost their homes and/or jobs, refused entry back into the UK, threatened with deportation and – in at least 83 cases – deported.

The Windrush scandal was linked to the “hostile environment” for migrants policy implemented by former PM Theresa May when she was Home Secretary. It led to the resignation of Ms May’s successor Amber Rudd as Home Secretary in 2018.

It also saw the launch of the Windrush Lessons Learned Review in 2020 – which concluded that the Home Office had shown “ignorance and thoughtlessness” and that what had happened to the Windrush generation and their descendants had been “foreseeable and avoidable”.

Immigration regulations were tightened “with complete disregard for the Windrush generation” and that officials had made “irrational” demands for people to show multiple documents to prove their rights of residency, the review found.