By Emma Field and Rio Davis 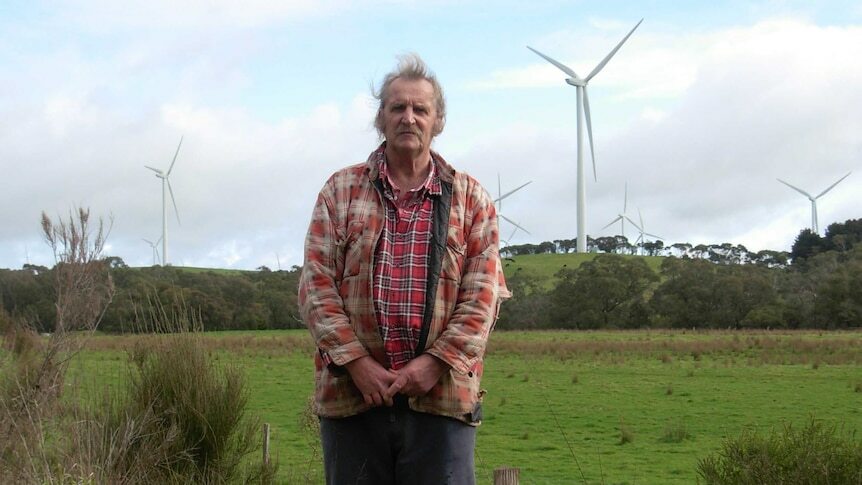 What could become a landmark legal battle to determine if a Victorian wind farm created a significant nuisance for its neighbours in underway in Victoria's Supreme Court.

The civil case against the Bald Hills wind farm near Tarwin Lower, in Victoria's south-east, is expected to run for two weeks.

The plaintiffs are John Zakula, who lives about a kilometre from the nearest turbine, and Noel Uren, who sold his property next to the wind farm in 2018.

They are claiming damages and aggravated damages, saying they suffered sleep deprivation, loss of income and decreased property values.

They also seeking an injunction to have the turbines turned off under certain conditions, particularly at night.

To establish nuisance, the plaintiffs must prove that the turbines caused them substantial and unreasonable interference with their enjoyment of their properties.

While the case could set a precedent, Justice Melinda Richards said it was constrained to the facts of the matter.

"There are a confined set of issues for determination," she said.

Justice Melinda Richards said she would visit the wind farm on Wednesday.

Victoria is in lockdown, but court officials and two lawyers have received permission to make the trip.

Justice Richards said she and two of her associates would take a COVID-19 test before they visited the farm and she encouraged the two lawyers to do the same.

The plaintiff's legal team set out a broad suite of evidence arguing the effects of the noise form the wind farm were both "substantial and unreasonable".

Mr Zakula's lawyers told the court on Monday he had taken drastic action to try and minimise the noise.

The court heard the nearest turbine was 1,131 metres from Mr Zakula's house, which he built in 2015.

Because the house was not built when the planning permit was issued, the condition of a maximum noise level does not apply to his residence.

But the wind farm's defence barrister, Albert Dinelli, said the operator had performed monitoring at his house and ensured the noise levels were under the permit levels.

"Your Honour ought conclude the conduct of the wind farm is of a responsible corporate citizen," he said.

Mr Zakula and Mr Uren's lawyers told the Supreme Court on Monday that the noise from the 52 wind turbines caused the men headaches and sleep deprivation.

The claimant's lawyers also said the noise meant Mr Zakula had abandoned plans to start an organic farm on his property and reduced his property's value by 25 per cent, or $200,000.

"He's had to give up the farm because he can't stand to be outside," Mr Fetter said.

The nearest turbine to Mr Uren's residence was 2,167m.

The wind farm operators undertook several stages of "curtailment" measures before and during the operation of the turbines, the court was told.

Offers were made to Mr Zakula for further noise abatement on two separate occasions.

Mr Dinelli said while the two plaintiffs' subjective experience should be considered in the case, the findings of an "objective person"  were more important.

A wind farm noise study ordered by Victoria's Planning Minister was also questioned by the plaintiffs and defended by Bald Hills' legal team.

Lawyers for the pair told the court a pre-operation noise survey to measure background noise report was not conducted at Mr Uren's property.

He said in order to make a full assessment of the wind farm noise the company commissioned to do the study required the background noise data, plus the reading of the turbine noise.

Mr Fetter said this would not have been possible without Mr Uren's data.

The defence's argument that the measurement was appropriate rests on the expert evidence of Chris Turnbull, an acoustic engineer who reviewed the company's sounds measurements.

But the defence will argue that taking background noise data from a proxy location – in this case a different neighbour's residence – is appropriate.