Wind e-scooter manager believes scheme will be extended in Nottingham 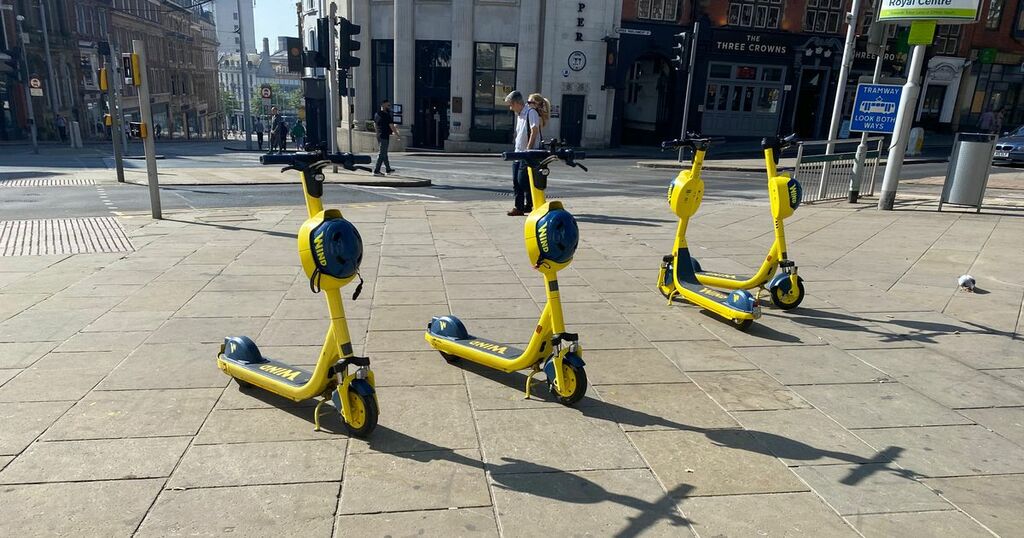 The operations manager of Nottingham's e-scooter scheme says he is "confident" it will be extended.

Wind, a micro-mobility transport company based in Berlin and Barcelona, is currently operating a 12-month trial scheme in Nottingham.

The trial comes to an end in October, but operations manager for the scheme across the region, Lukasz Rybak, believes it will be extended by Nottingham City Council.

He told Nottinghamshire Live there was "a lot of red tape" and final approval is required from the Department for Transport.

He said: "We are waiting on the final approval from Nottingham City Council to extend the scheme.

"We have a really good relationship with Nottingham City Council. I am fairly confident we will be able to operate past October."

Mr Rybak says a number of processes have been put in place throughout the year to help people adhere to the correct and legal usage of the e-scooters.

In the future he hopes there may be room for up to 1,000 e-scooters alongside more parking spaces.

Speaking of when a decision will be made he added: "It is a matter of weeks, definitely."

Nottinghamshire Live spoke to residents about the situation and found that many generally praised the scheme.

Andrew Zulu, 26, who studied business at NTU, said: "It's convenient for moving up and down, and saves a lot of walking.

“I think it’s convenient and fun, [you can] relive your inner child and all of that goodness.”

Laura Wheeler, 46, a hypnotherapist of Carlton, also agreed they were a positive introduction to the city, but emphasised the need for clearer rules around their use.

She added: "I think they're a really good idea.

“We don't really use them, we don't know what the regulations are.

”It needs to be clearer what the rules are. Can they go on the pavement? Do they have to wear the helmets that are supplied with them because a lot of people don’t? Where are the pick up and drop off points making sure people return them to those, rather then being left here there and everywhere?

“They will cut down traffic and environmentally they’re a lot better.

“I think it's a good idea and the scheme should stay but I think they need to be clearer on what they can and can’t do.”

Speaking about the success and future of the scheme, Councillor Rosemary Healy, Portfolio Holder for Highways and Transport at Nottingham City Council, added: “The scooter trial has been popular with people of all ages in Nottingham, offering an innovative mode of transport for short trips around the city. We have taken on board all feedback – positive and negative – over the course of the past few months to help us shape a final decision about the scheme.

“The Government introduced this pilot in a number of towns and cities across the country and we were keen to take part because it fitted in with our carbon-neutral ambitions around transport, while further enhancing our reputation as a forward-thinking, progressive city.

“The Department for Transport has recently set out a process for areas to extend these trials if they wish to the end of March 2022. We are currently considering this and have had discussions with Wind about potential improvements that could be made to the scheme. Any extension would be subject to a formal decision which has not yet been taken.”