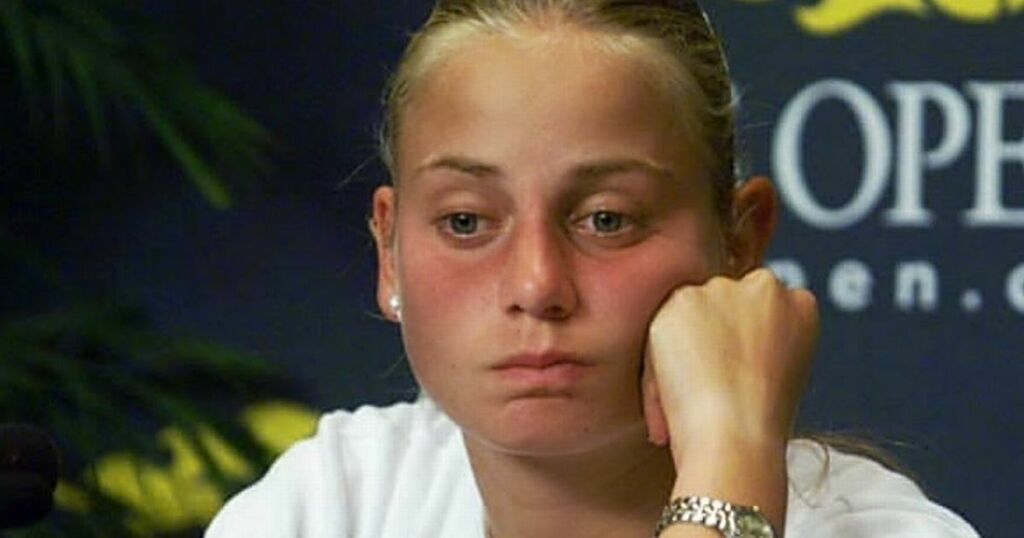 The 38-year-old recalled when she considered committing suicide, as she suffered from depression, anxiety and PTSD.

The 2000 Wimbledon semi-finalist shared a photo of herself as a teenager in a press conference from the US Open in 2000.

This took place hours after her father was removed from her match by security as he went on a verbal tirade, yelling curses and insults.

Dokic previously alleged that she was physically abused by her father and suffered with her mental health as a result.

In her 2017 autobiography titled 'Unbreakable', she opened up at length about her experiences.

Her Instagram post on World Mental Health Day began: "This photo brings up a lot of sadness and pain and was taken during a period of my life where I was experiencing depression, anxiety and PTSD. Only a few years later I almost ended my life.”

However, despite going through a painful time in her life, the former world number four is now in a better headspace and is keen to raise awareness regarding mental health.

"Today I am in such a different space. Having gone through many personal challenges and come out the other side, I know how important it is to check in on people around you," she went on.

"I know that not everyone is fortunate enough to get through difficulties like I have.

"That’s why today is so important to raise awareness globally of mental health issues and mental illness.”

She added: “I struggled immensely and wish more people would have checked in on me.

"So please show support and be kind because you never know what someone is going through and what battle they are fighting.”

Having wished more checked in on her when she was going through a difficult time, Dokic encouraged more people to do the same.

She concluded: "There is a lot we can do for ourselves as well as others: - Call friends, family and those struggling and tell them you’re thinking of them.

"Send a bunch of flowers to someone who might be struggling. -Write down what you’re grateful for. Look after your body and try to be active. each out for professional help if you need it."

"Sending you all so much love and especially to those out there struggling. Just know that you are not alone.”

During her career, Dokic won WTA Tour events on all surfaces and reached the quarter finals or better and three of the four grand slams.

As a 16-year-old, she achieved one of the biggest upsets in tennis history, beating Martina Hingis 6–2, 6–0 in the first round at Wimbledon in 1999.

This remains the only time the women's world No. 1 has ever lost to a qualifier at the All England Club.