But Indy-only drivers each year are still required to take a Refresher course, which basically comprises the second and third phases of the Rookie Orientation Program. That is to say, 15 laps at an average speed between 210 and 215mph, followed by 15 laps above 215mph.

While others were able to complete this course in the April test here at IMS, Wilson and Cusick Motorsports’ deal with DragonSpeed didn’t come together until this month, obliging him to run his Refresher course in the middle of this first day of practice for the 106th running of the Indianapolis 500. Following the opening two hour session for the other 32 entries, there was a two hour session for Stefan Wilson.

The car, which is on loan from AJ Foyt Racing – last Saturday it was Tatiana Calderon’s road course car – appeared well prepared following its conversion to superspeedway spec, and Wilson’s laps went without a hitch.

Trackside Online explained the amount of aid this entry has received to ensure it’s not only on the grid but is also well prepared. Naturally, most of the crew comes from DragonSpeed’s highly respected IMSA WeatherTech SportsCar Championship LMP2 team, while various equipment has been lent to the team by Andretti Autosport, Juncos Hollinger Racing, and Team Penske.

Wilson’s race engineer is Will Phillips who in the last seven years served as IndyCar’s VP of technology, before becoming a race engineer at A.J. Foyt Racing. The strategist on the #25 DragonSpeed/Cusick Motorsports-Chevrolet is John Cummiskey, a former chief mechanic at Team Penske & Team Green, team manager at Newman Haas Racing and Chip Ganassi Racing. 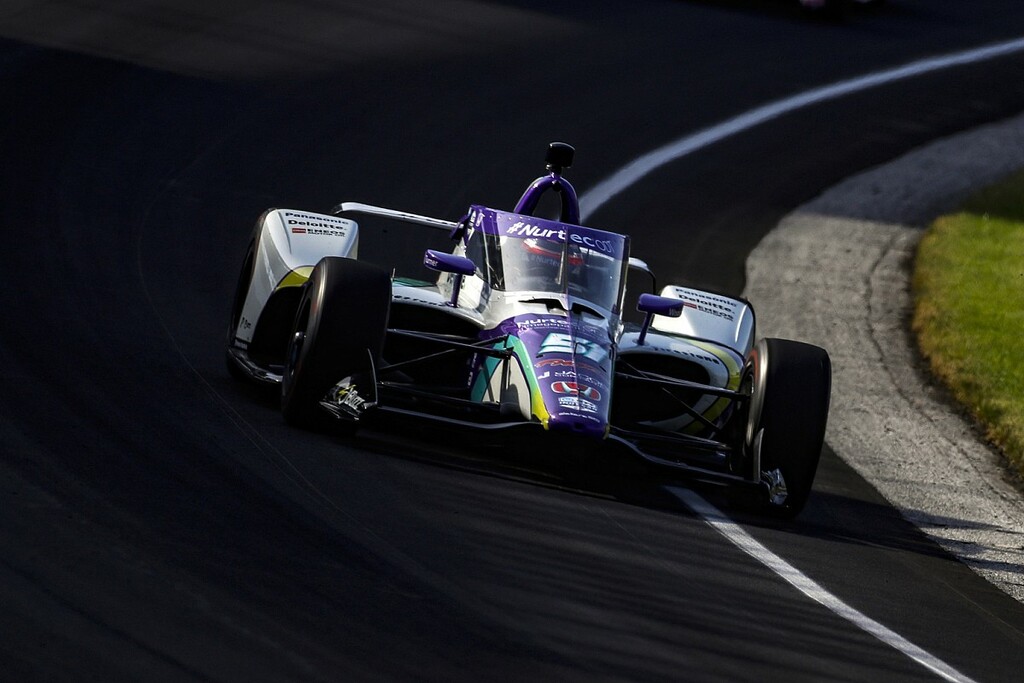 Autosport
One subscription that gives you access to news from hundreds of sites
Indy 500: Dixon leads Ganassi-Honda 1-2 in opening practice

Practice for the 106th running of the Indianapolis 500 presented by Gainbridge begins Tuesday, May 17. Here’s the schedule at…