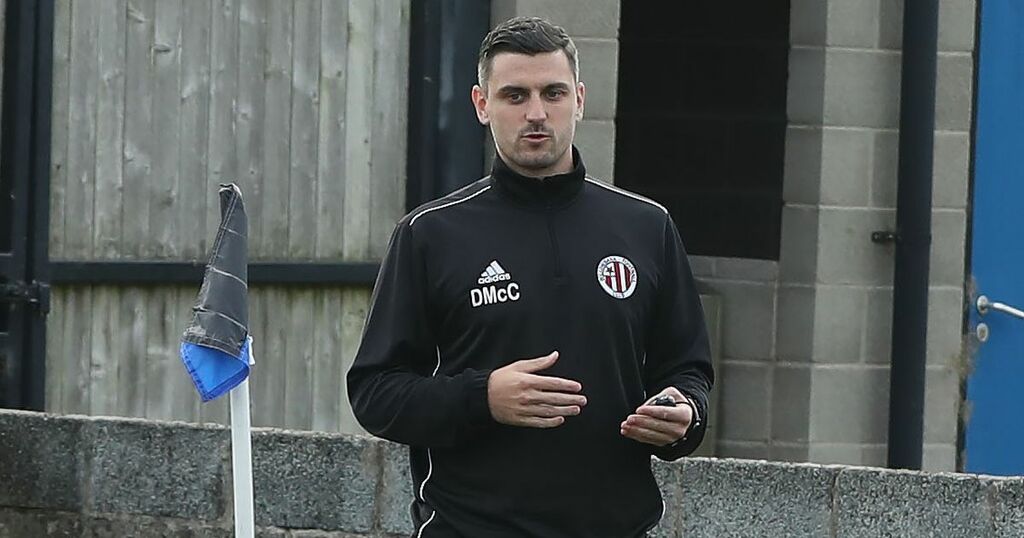 Decky McCrory has warned Willowbank’s rivals that there’ll be no let-up in his team’s quest to dominate the Junior football scene once again this year.

Some 18 months may have passed since the Amateur League was last in full swing, and the west Belfast side were in the old routine of win after win en route to another probable title.

Of course, the public health crisis put paid to that, but McCrory is adamant the passage of time has done little to diminish the Bank’s hunger for more.

With the Junior football season kicking off a few weeks early, Willowbank have already banked six points from six after Saturday’s 5-1 rout of Portavogie Rangers, the team who led the way back in the 2019/20 season by four points, albeit having played four more games.

Having downed Nortel in the opening game of the season, that’s back-to-back victories over two potential challengers.

“I don’t see why not,” said McCrory bullishly when asked if Willowbank were still the team to beat.

“Every single week, it’s not the same team that plays any other team. For example, with no disrespect to any other side, but if the likes of Portavogie or Ford turned up to play Nortel, it’s not the buzz for Nortel that it is when we rock up.

“When we rock up, it’s everyone’s A game, but here, we know that, it’s gives us good motivation every year, it gives us a kick and keeps our game competitive.

“But I think promotion is well within our reach again this year.”

This weekend, Willowbank launch their campaign for another Junior Cup with a trip to west Belfast neighbours Newhill.

Down the years, the Bank have put faith in their squad by targeting every available competition rather than prioritising the league.

And McCrory (circled) says it will be no different this season.

“Every year, we’d be confident of going full pelt and giving everything all that we can,” he said.

“The reason we can do that is because of the strength in depth, not only of the 14 we pick every Saturday which is quality, but the seconds are up there, they are always winning, they are on a par with us every single season, winning most trophies.

“So they are progressing, and they are ready and willing to come up and help if we do have a couple of midweek games.

“And that’s further reinforced by the under-23s as we call them, the thirds, which is supplied by the young lads at the club, the under-19s and the under-17s.

“We hope it’s a continuous conveyor belt, and as our teams keep progressing, we keep our boys interested.