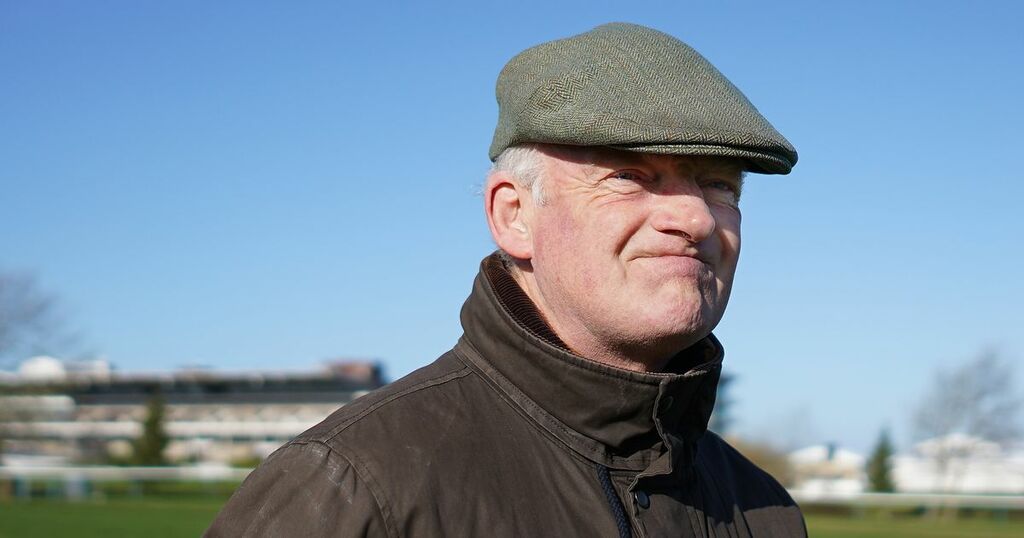 Willie Mullins believes Cesarewitch favourite M C Muldoon is "getting stronger all the time" as the trainer bids for his fourth consecutive victory in the big handicap.

The 5-1 shot with Paddy Power is one of six runners for the Closutton handler, who won the marathon contest with Low Sun (2018), Stratum (2019) and Great White Shark 12 months ago.

Another success would see Mullins equal William Day’s 1886 record of four wins in the race with Stone Clink.

No trainer has taken that number of renewals on the trot – and Mullins was quick to secure the services of Ryan Moore for his main hope M C Muldoon.

The top jockey was on board when they were denied by just a short-head at Royal Ascot.

"It is a privilege to have horses good enough to compete in these races and it would be an honour to equal the record," he said.

"We are going to give it a good go with the team that we are bringing over.”

Mullins' lowdown on his runners in the Together For Racing International Cesarewitch (3.35, Saturday)

“He is in good shape and I think that the track and trip will suit him. His last run over hurdles in Galway was a nice prep for this.

“He ran a great race at Royal Ascot. He has been coming along all the time. I think he is getting stronger all the time and getting better at racing. It has taken a while for the penny to drop, but I think it will hopefully reflect well in the Cesarewitch.

“After Ascot it looked an obvious thing to do to get Ryan Moore on him again if he became available for the ride.”

“The conditions of the races suited her in France and she will probably go back to France after this, then continue her hurdling career over the winter.

“It has been a nice preparation taking in the races in France. I think a bit of rain would help her. It is good to soft at the moment which is fine. As long as it is safe ground it will be fine.

“On ratings there is not much between her and M C Muldoon. Both horses are improving and it depends how much each one has improved as to which would come out on top.”

“It does seem like he has been around forever but he is still only eight and is in good shape. The trip and the ground won’t be any problem to him so I hope he will run his usual good race.

“He is a lighter framed horse and is easier to get ready than some. He is not as big a unit as Great White Shark so he is easier to get in shape from a lay-off and that is the plus side to him.”

“Jason Watson gave her great ride in the race last year. It is going to be very tough for her to come back and be very competitive in a handicap like this after a bit of time off.

“She loves the track and will handle everything so she takes her chance. She is up against it off her new rating and not having run since Cheltenham.

“We were hoping she could have done what she did last year the previous year but she lost her jockey on the way to the start and things didn’t go right for her in the race.

“We thought she had a good chance last year but it is very hard to predict you are going to win a race like the Cesarewitch in the manner that she did as there are lots of other talented horses in the race and it depends who gets the run of the race on the day.”

“He would definitely have the ability and I think he should stay the trip. He might want to settle a little better and he needs to learn a little bit more about racing.

“I’m hoping that he has still got plenty of improvement in him as he does some tremendous work at home. I just need to get him to do that on the racetrack.

“Although he is a maiden over hurdles he has won half of his Flat runs and he has a similar sort of profile to Great White Shark.”

“He is an Authorized gelding that won in soft ground at Longchamp before he came to us. He ran a great race in Galway. That run puts him well in here with a chance off 8st 3lbs.

“I’ve not used Ray (Dawson) much before. He can do the weight and he is riding well at the moment so hopefully things can go well for him.”