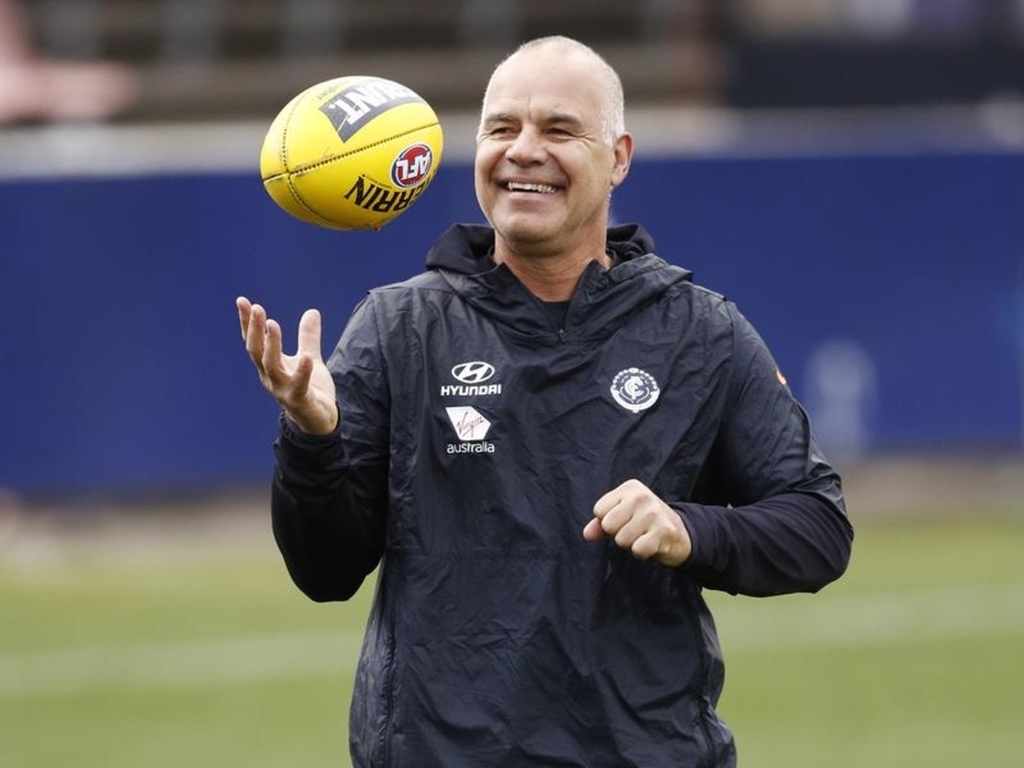 Carlton great and new football director Greg Williams has challenged the Blues to lift their standards as the embattled AFL club continues the search for its next coach.

The dual Brownlow Medallist returned to the Blues in August and is heading up the panel charged with appointing Carlton's third coach in four seasons, following David Teague's sacking.

Williams emphasised he had shared many club greats' frustrations at Carlton being "average or below average" since their 1995 premiership and had taken on the role in a bid to fix that.

"The players are well looked after, but they're going to be tested. We've been average for too long. The players have got to lift and the whole club has got to lift," Williams told the Carlton website.

'I'm confident with the board and the people we get in that we'll be getting back to clubs worrying about us when they play us. That's the main thing.

"It'll be made very clear that the standards are going to be a lot higher than they've been and the players know that. They're all so excited, they all want to be here, no-one wants to leave.

"The frustration, I understand it. But we are going to turn it around."

Key to that will be selecting the right coach with Carlton already missing out on two key targets.

Former Hawthorn coach Alastair Clarkson is determined to take 2022 off, while Ross Lyon pulled out of the running earlier this month.

"It's a short list, we've picked a short list of quality coaches and we're looking forward to, in the next few weeks, coming up with the right person."